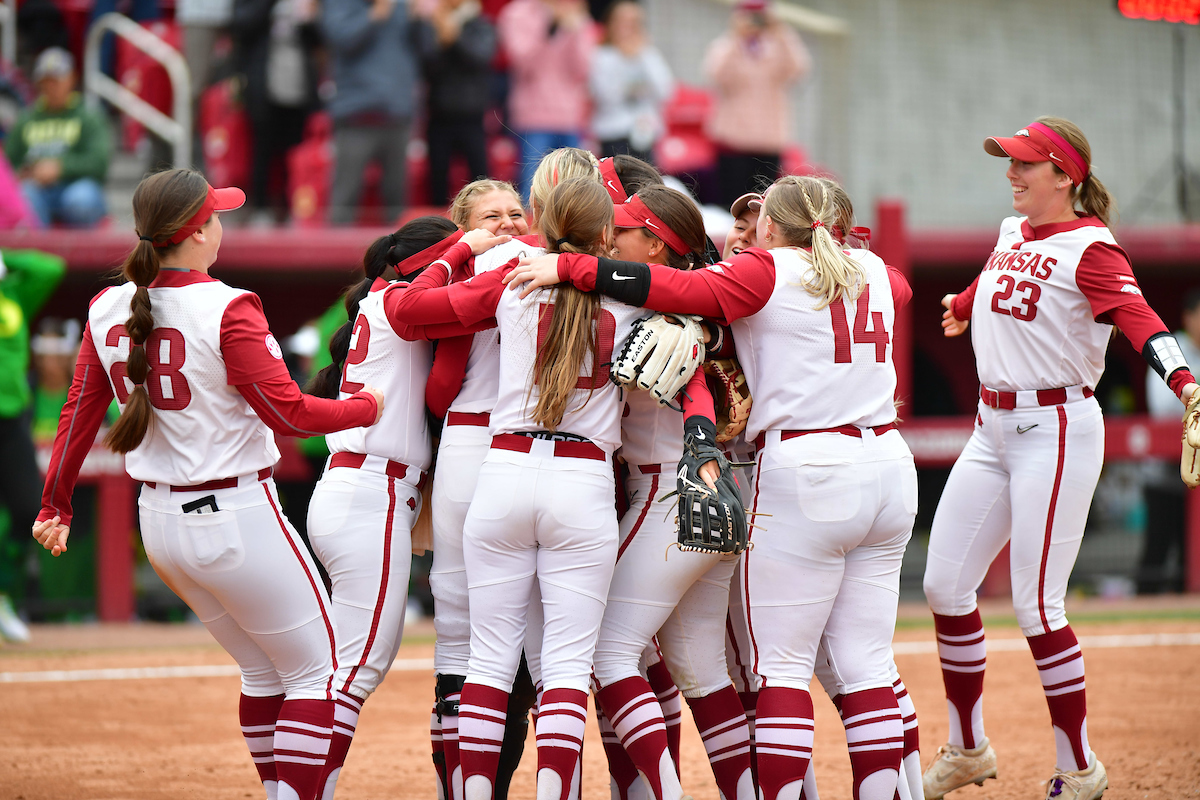 The Hogs are headed to Supers!

FAYETTEVILLE, Ark. – For the second-straight year, No. 4 Arkansas will be hosting a Super Regional at Bogle Park.

The Razorbacks defeated No. 24 Oregon, 9-3, in the regional championship at Bogle Park Sunday afternoon to advance to the program’s third Super Regional. Arkansas will host the winner of No. 11 Washington and No. 18 Texas.

The record-breaking Hogs (47-9) also crushed the program’s single season wins record Sunday after tallying their 47th of the year. With four home runs against the Ducks, Arkansas increased its home run count to 109, which is tied for the second-most in SEC history.

Arkansas utilized an explosive six-run sixth to break up a 3-3 ballgame. Sophomore Cally Kildow took home on a wild pitch to regain a 4-3 Hog lead. Sophomore Rylin Hedgecock was clutch down the stretch after entering as a pinch hitter with bases loaded and two outs in the sixth. The Valdosta, Ga., product delivered a three-RBI double to right center to extend the lead to 7-3. Following in Hedgecock’s footsteps, senior KB Sides casted a two-run home run to bolster a 9-3 edge.

Senior Linnie Malkin was a force yet again at the dish, bashing her second home run in as many days and scattering a single through the 5-6 hole. Hedgecock led the Razorbacks with three RBIs. Linnie Malkin, Kacie Hoffmann, Danielle Gibson and KB Sides combined for the Hogs’ four homers.

Arkansas faces the winner of No. 11 Washington and No. 18 Texas in Super Regionals at Bogle Park next weekend. Game dates/times are yet to be determined.