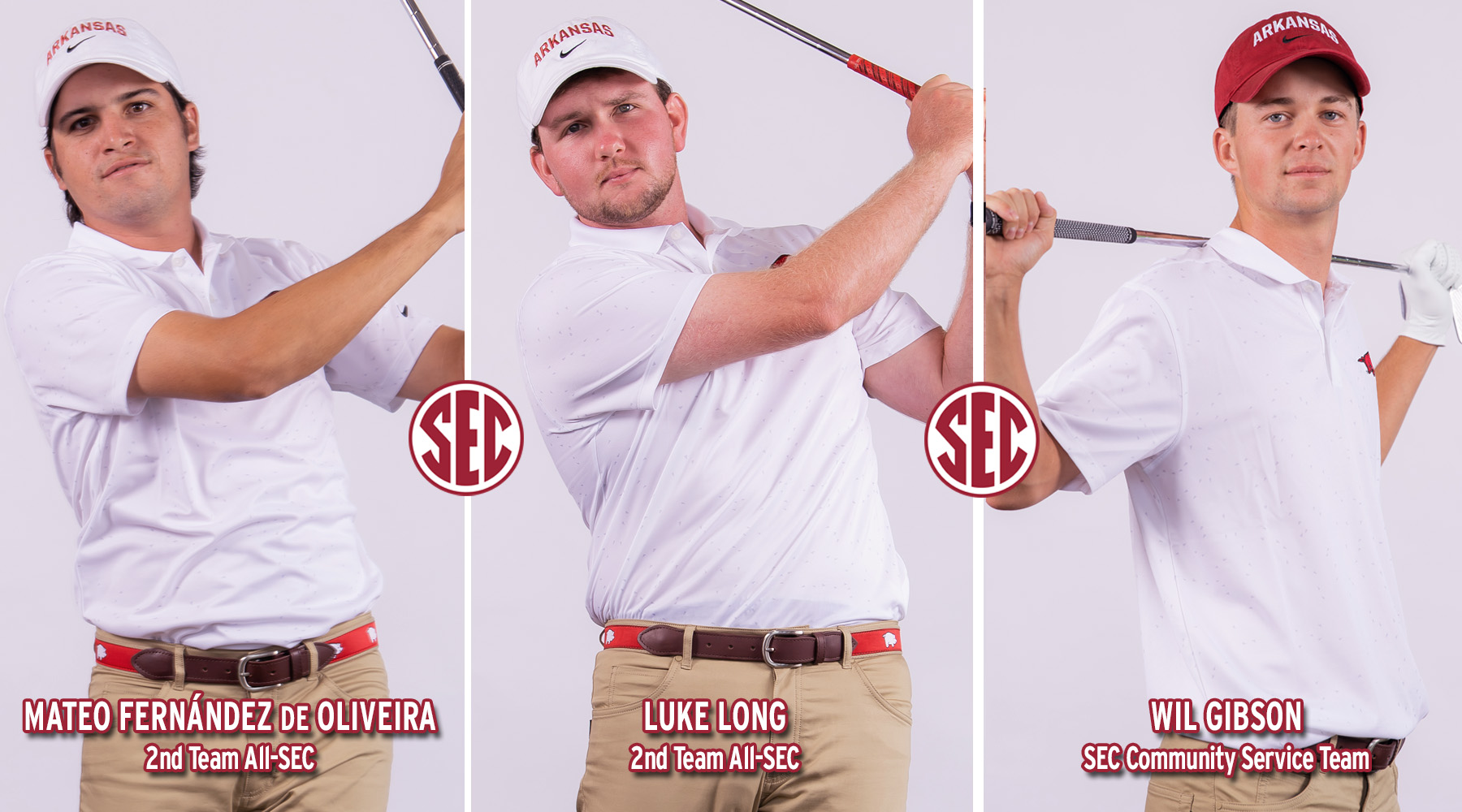 This is the third straight year Arkansas has landed two players on the All-SEC team while Gibson has been named to the SEC Community Service Team for the third consecutive season.

Fernandez de Oliveira won the Jackson T. Stephens Cup this season and posted five top 10 finishes while leading the team with 19 rounds at par or better. He came to Arkansas after two seasons at TCU and he has lowered his season stroke average by nearly two strokes to 70.89, currently third on the school’s single-season list. Fernandez de Oliveira is 45th in the World Amateur Golf Ranking and the top-ranked amateur from South America. In addition to earning his first three top-5  collegiate finishes this season (at the three fall events), he won this year’s South America Amateur Championship and was runner-up at the Latin America Amateur Championship. This summer he will represent Team International at the Arnold Palmer Cup and, thanks to being runner-up at the LAAC, he earned exemptions into the final round of qualifying for both the U.S. Open and The Open Championships.

Long earns his third career all-conference honor as he was selected first team All-OVC as a freshman at SIU-Edwardsville and first team All-SoCon as a sophomore at Chattanooga. He added All-Region honors as a junior at Houston. He is currently 31st on the PGA University ranking and 131st in the WAGR. His 71.26 scoring average to date ranks sixth on the school’s single-season list. Like Fernandez de Oliveira, Long won his first collegiate event this season by carding an 11-under-par 205 in winning the Blessings Collegiate Invitational. He leads the team with four eagles, 104 birdies and 10 rounds in the 60’s.

Gibson, a junior who graduated this spring from Arkansas, is the first Razorback to be named to the SEC Community Service Team three times – and his just the third Hog to earn the honor more than once. This past year, Gibson volunteered with the Salvation Army and had community engagement with various businesses in Northwest Arkansas dealing with integrity wealth capital and finances.