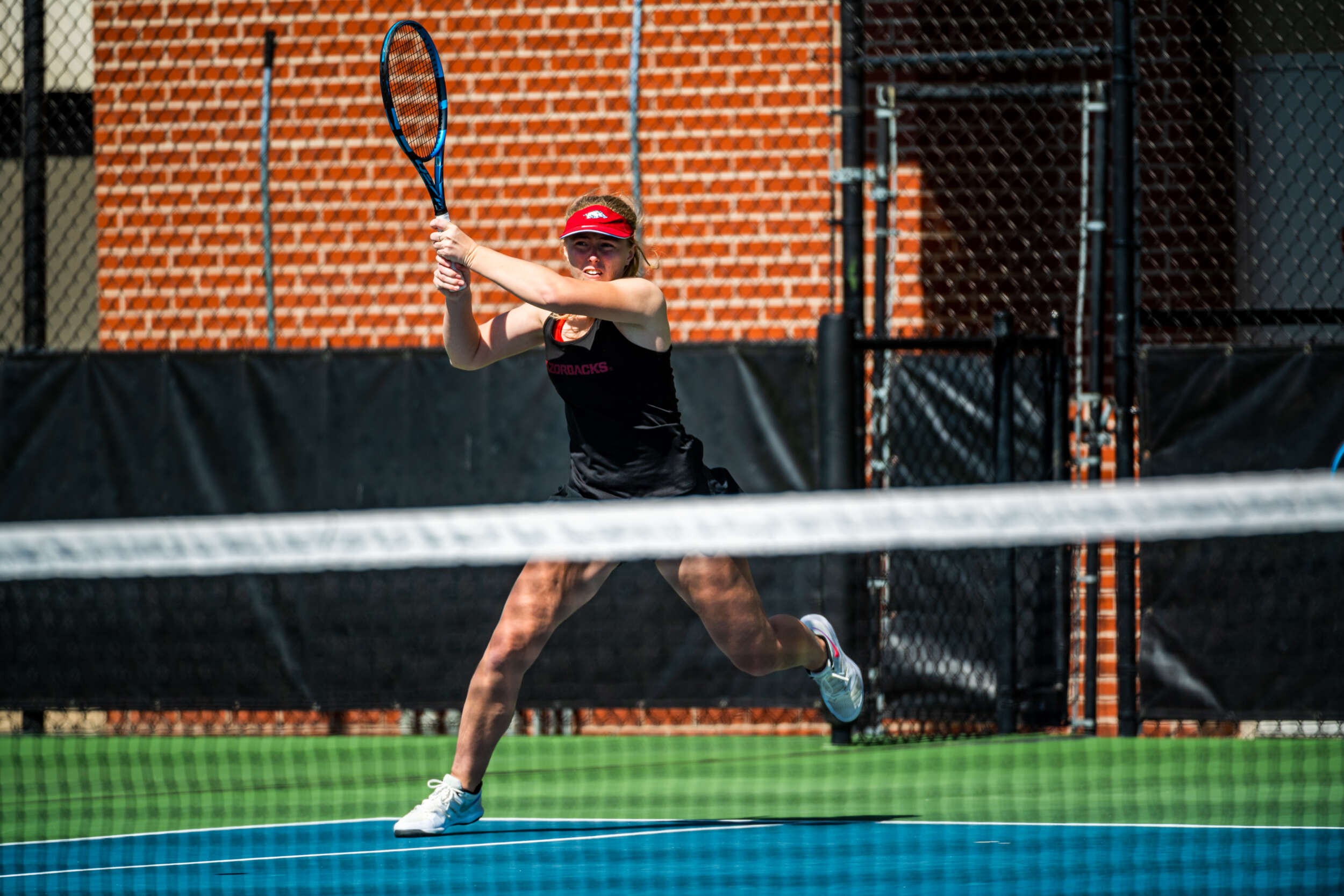 After winning their first-round qualifying matches, juniors Kelly Keller and Indianna Spink needed one more win to qualify for the main draw. Spink dropped her first set 2-6, but came back to take the second set 7-6 and won the third-set tiebreaker 10-6 over Texas Tech’s Cristina Elena Tiglea.

It was a battle of the Razorbacks in the next match with junior Kelly Keller facing freshman Yuhan Liu. Keller took the advantage early in the first set 6-2, but Liu gave her a tough one in the second with Keller coming out on top in the tiebreaker, 7-5.

The tournament continues tomorrow with Carolina Gomez-Alonso in the first match of the day, taking on Texas Tech’s Olivia Peet at 10 a.m. CT.

All results and draws can be found on the tournament homepage.