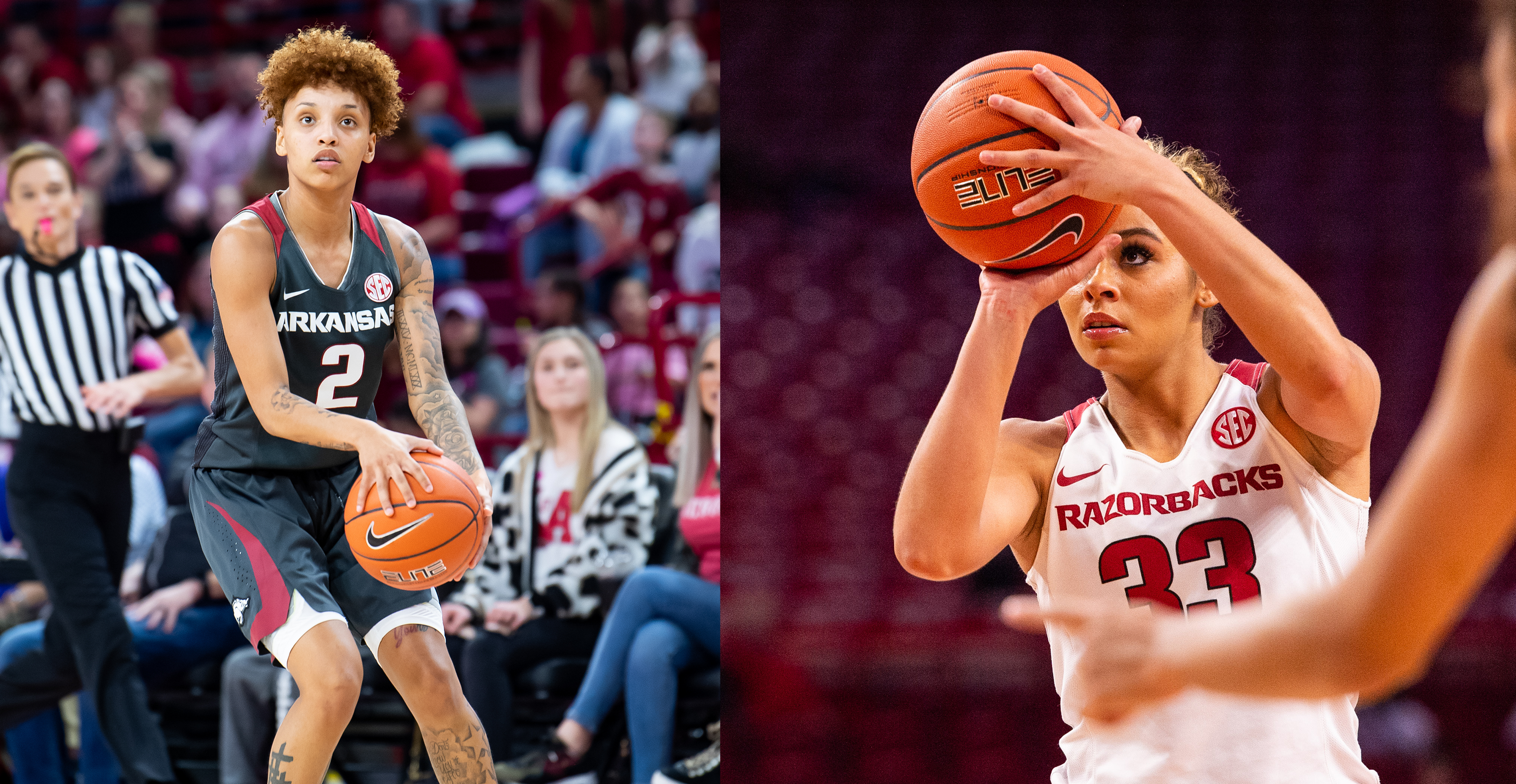 Tolefree’s breakout senior season has been nothing short of spectacular.  The Conway, Arkansas, product averaged career-highs across the board, pouring in 16.3 points, 4.2 rebounds, 2.0 assists and 1.6 steals per game, all while shooting 43.5 percent from the field and 41.7 percent from three. Tolefree was even better in conference play, averaging 18.6 points, 4.9 rebounds, 1.9 assists and 1.8 steals per game, shooting the ball at a 41.6 percent clip from the field and at a 38.9 percent clip from deep. Tolefree led the team in scoring and in steals in SEC play, and her scoring average in conference only games was the third best mark in the league.

The senior guard seemed to always be at her best when it mattered most, as she had several huge second half performances in games the Hogs would end up winning. Most notably, Tolefree dropped a career-high 35 at Missouri, 23 of which came in the second half in Arkansas’ epic 13-point comeback. She also scored 30 against then-No. 15 Kentucky, including 25 in the second half, in a game in which the Razorbacks would set a program record for most points scored against an SEC opponent. Tolefree scored in double figures in 23 of Arkansas’ 29 games, scored 20+ 11 times, and dropped 30 or more three times, the most on the team. All three came during conference play, and they were the first 30+ point games of her career.

Dungee, meanwhile, continued her historic Arkansas career during her second act on the Hill, earning All-SEC honors for the second straight season. The redshirt junior guard led the Hogs in scoring this season, pouring in 17.0 points per game over the Hogs’ 29 games. She also averaged 4.8 rebounds, 1.7 assists and 1.5 steals per game. Dungee continued to dominate games at the charity stripe, as she made 136 free throws during the regular season, the 20th best mark in the NCAA, and the best mark in the conference. Dungee’s 1,497 career points is the second highest total among active SEC players. She scored in double figures 24 times, scored 20 or more 10 times and had 30+ twice.

There were several historic games from Dungee this season, including her 38-point outburst against Missouri at Bud Walton Arena. With that point total, the redshirt junior guard became the only Razorback to ever score 38 or more two different times. Dungee also became the fastest Hog to ever score 1,000 points in just a Red & White uniform this season. She needed just 49 games to do so, passing Bettye Fiscus’ previous best mark of 55 games. Dungee averaged 20.4 points per game over that 49-game stretch, which would be the highest average in program history.