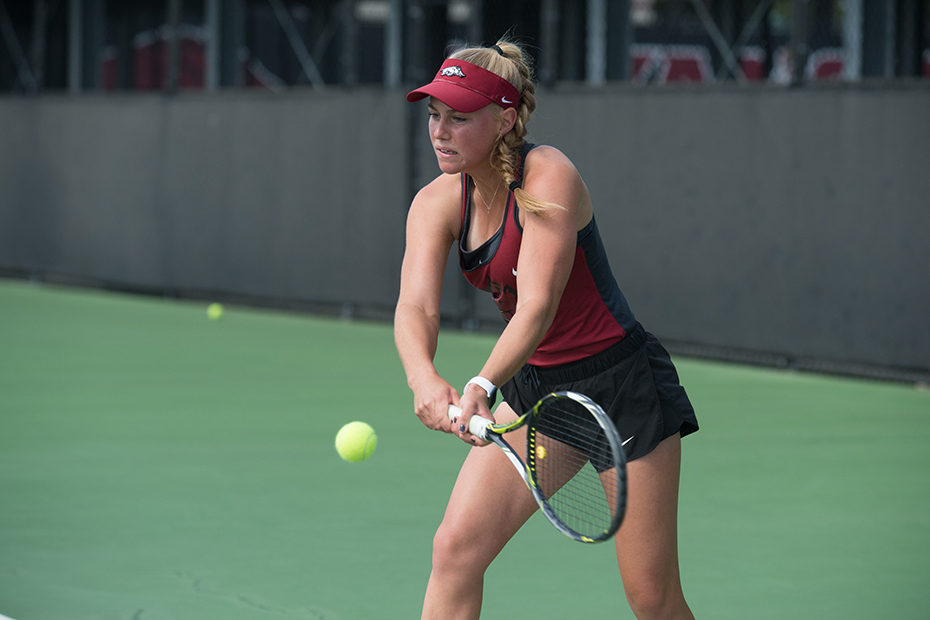 The duo of Rice and Alter won their first match 8-6 over ISU’s Alvarez and Aziz. The pair won its second match 8-2 against Kansas’ Degaldo and Deming. Zerulo and Carr faced UI’s Treadwell and Bauers and came out victorious 8-1. The victories move both Arkansas teams into the quarterfinals tomorrow beginning at 9 a.m.

Both No. 11 ranked duo of Alter and Tatum and Zerulo and Carr will be back on court for quarterfinals play in the doubles main draw. Rice will also be competing in the round of 16 to try and secure a spot in the quarterfinals singles play. For more information or scores click  here.