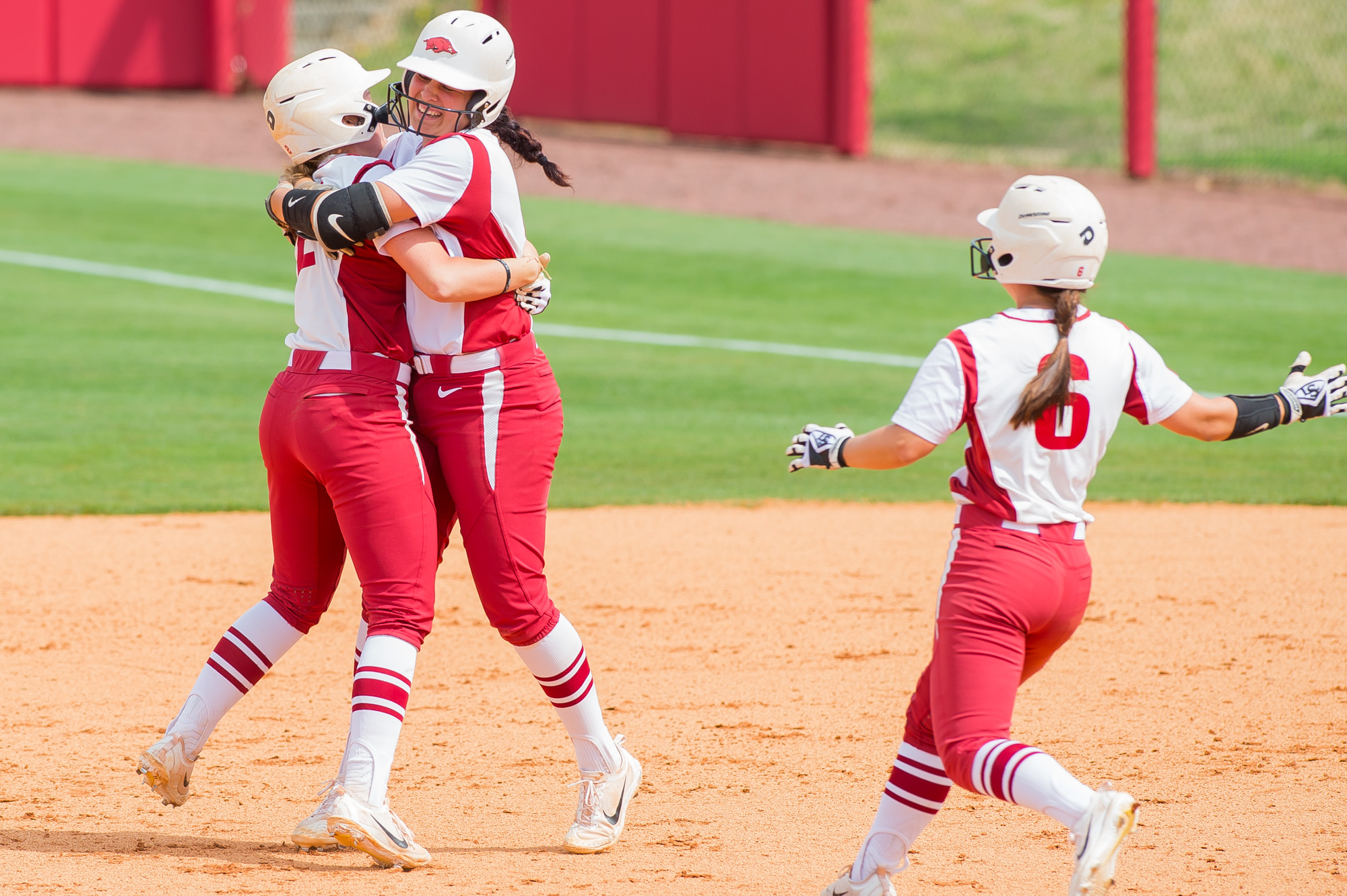 FAYETTEVILLE, Ark. – Sophomore Ashley Diaz picked the perfect time for her first hit of the weekend with a two-out RBI single to left field to send the Razorbacks to a 4-3 win Sunday afternoon over No. 5 Texas A&M. Arkansas scored twice in the final frame to rally past the Aggies for the program’s first win in the series. The victory doubled as the Razorbacks’ first win over a top-five opponent since the 2014 season.

Down a run entering the bottom of the seventh inning, Arkansas (26-16, 5-13 SEC) got things going with a one-out chopper up the middle by Madison Yannetti. A ground ball to short allowed pinch runner Haydi Bugarin to advance to second. Loren Krzysko drew her second walk of the day and the Razorbacks had runners on first and second with two outs.

Tori Cooper came to the plate and delivered her second RBI hit of the game, scoring Bugarin from second base and tying the score at 3-all. Another walk to A.J. Belans, her second of the game, loaded the bases for Diaz. After falling behind 0-2 to Texas A&M’s Trinity Harrington, Diaz drove the 2-2 offering to the base of the wall in left field to plate the game-winning run in Krzysko.

Sunday’s series finale was scoreless through four and a half innings before the Razorbacks broke through with two runs in the home half of the fourth. Nicole Schroeder led off the frame with a no-doubt solo home run to left field to give Arkansas the 1-0 advantage. It was her 13th home run, and the team’s 42nd of the season. Yannetti followed with a base knock to left, and pinch runner Betina Beringhele came around to score on Cooper’s first hit of the day.

The freshman tandem of Autumn Storms and Caroline Hedgcock kept Texas A&M (37-4, 11-3 SEC) scoreless through six innings before the visitors tied it up and eventually took the lead in the top of the seventh with the help of two sacrifice flies to left field. Storms started the game and was relieved by Hedgcock after one was retired in the second. Storms re-entered to start the fourth and went on to collect her 12th win of the year.

With her performance Sunday, Cooper now has seven multi-hit games of the season including three during SEC play. The two-hit day for Yannetti was her fifth of the year. Krzysko has reached base at least once in five of six games since earning a starting spot in the lineup.

Up Next
The Razorbacks close out their five-game home stand Wednesday evening against ULM at Bogle Park. The midweek game is scheduled for a 6 p.m. (CT) start and will be televised on the SEC Network. General admission is free for all home games with gates opening one hour prior to first pitch.