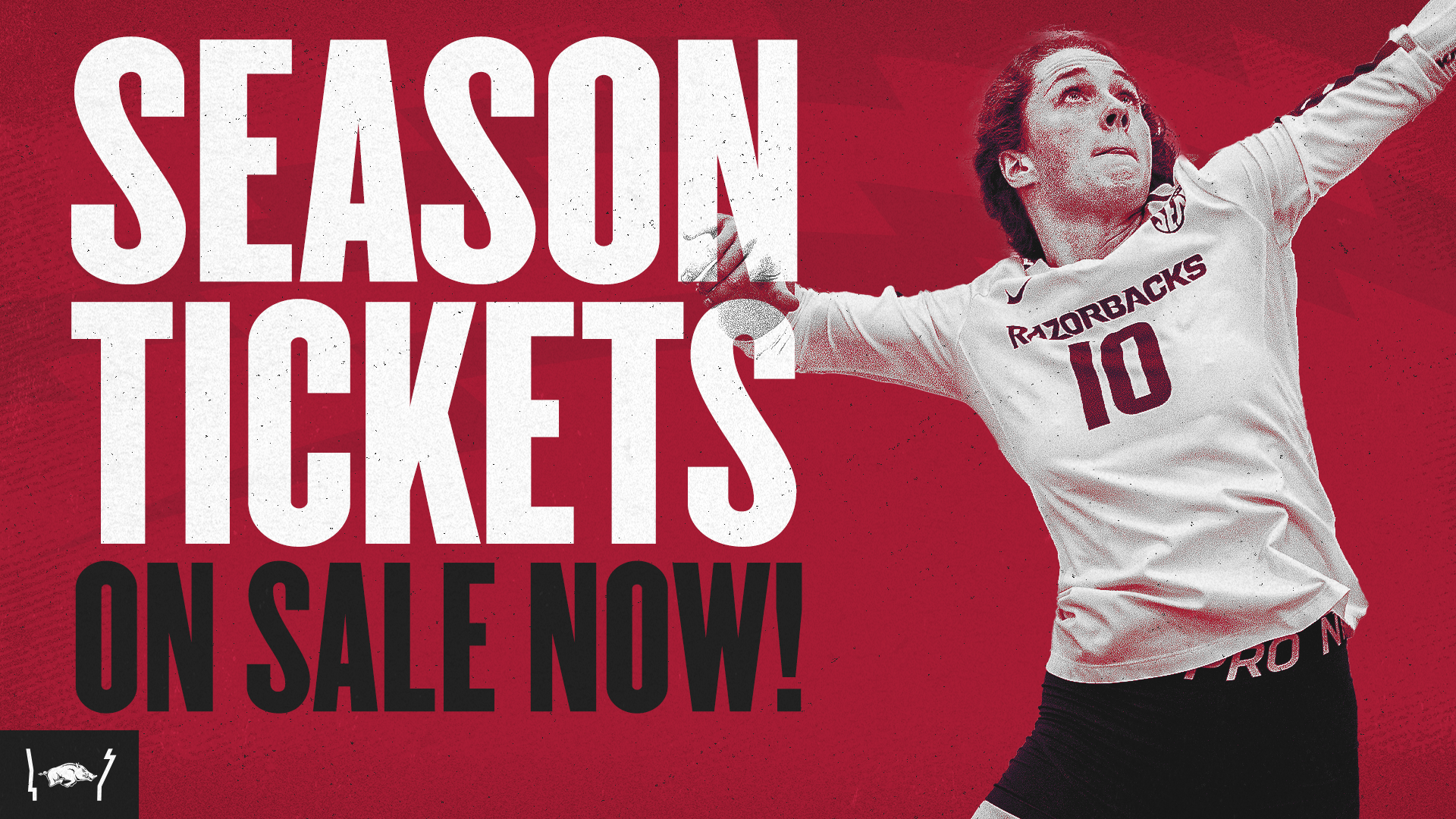 The Arkansas volleyball team returns to Barnhill Arena for the team’s 28th season this fall and season tickets to catch all the action are now available.

Renewals are open for returning season ticket holders and those purchasing for the first time can do so now through the Razorback Ticket Center. Season tickets start at just $40 and include admission to all home matches, including the Volley Hogs’ nine SEC contests.

The Razorbacks are coming off a successful 2021 campaign in which they recorded a 20-win season for the first time since 2012, and the most wins for the team since 2018 with a 20-11 final record. The Hogs also participated in postseason play for the first time since 2013 with a bid to the National Invitational Volleyball Championship (NIVC). Arkansas swept Stephen F. Austin in its second-round match before falling to the eventual tournament champion, UNLV.

The Hogs return a talented group for the 2022 season including outside hitter Jillian Gillen, setter Gracie Ryan and libero Courtney Jackson. Gillen is a two-time All-SEC and AVCA All-South Region honoree. Last season she came in second in the SEC in kills per set with 4.12, was first in total kills with 470 on the season, and also became the 17th member of the Arkansas 1,000-kill club as she achieved the milestone on October 9. Gillen, who will be as senior this year, currently sits in fifth in Arkansas history in kills per set with 3.92.

Ryan has opted to take a fifth year with the Hogs and continues to rewrite history in her time at Arkansas. Last season she moved into fifth in Arkansas history for total assists with 2,913 so far and is just 749 away from reaching the top three. Gracie had 1,290 assists in 2021, the most for the Hogs since 2017, and the most total assists in the SEC. She was named AVCA All-South Region honorable mention for her efforts in her senior season.

Jackson immediately proved her place as Arkansas’ starting libero as a freshman and was one of the SEC’s top rookies. Courtney led the team in digs with 3.48 per set, which was good for ninth in the SEC and most by a freshman in the conference. Her 393 total digs and 23 aces were both the highest mark by a freshman at Arkansas since 2015 and 2019, respectively. Jackson garnered SEC All-Freshman Team honors, which marked the third consecutive season that Arkansas’ rookies have made the list.

The team will also bolster its defense for 2022 with the addition of Auburn transfer Tatum Shipes. Shipes led the SEC in total blocks (142), block assists (120) and blocks per set (1.42) and came in second in solo blocks with 22.

More Information
Visit ArkansasRazorbacks.com for the latest information on all things Arkansas Volleyball. You can also find the Razorbacks on social media by liking us on Facebook (Arkansas Razorback Volleyball) and following us on Twitter and Instagram (@RazorbackVB).