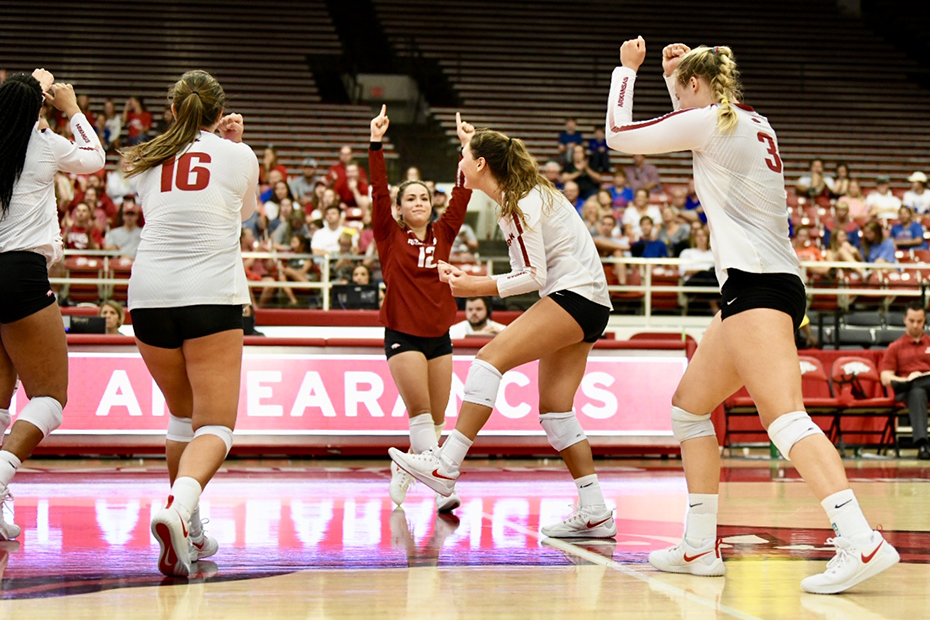 STARKVILLE, Miss.- The Arkansas volleyball team earned a 3-0 sweep at Mississippi State, the second sweep in a week for the Hogs. With the win, the team is now 10-10 (4-6 SEC).

The Hogs opened the match in a close first set with nine ties and three lead changes, eventually pulling away for a 25-18 win. Arkansas dominated the second set, trailing only once and earning another 25-18 victory.

The third set was close, with the Bulldogs coming back to 22-19 but the Razorbacks were able to close out the match with a 25-22 win.

Arkansas will return to the court Sunday at Auburn. First serve is set for 1:30 p.m.