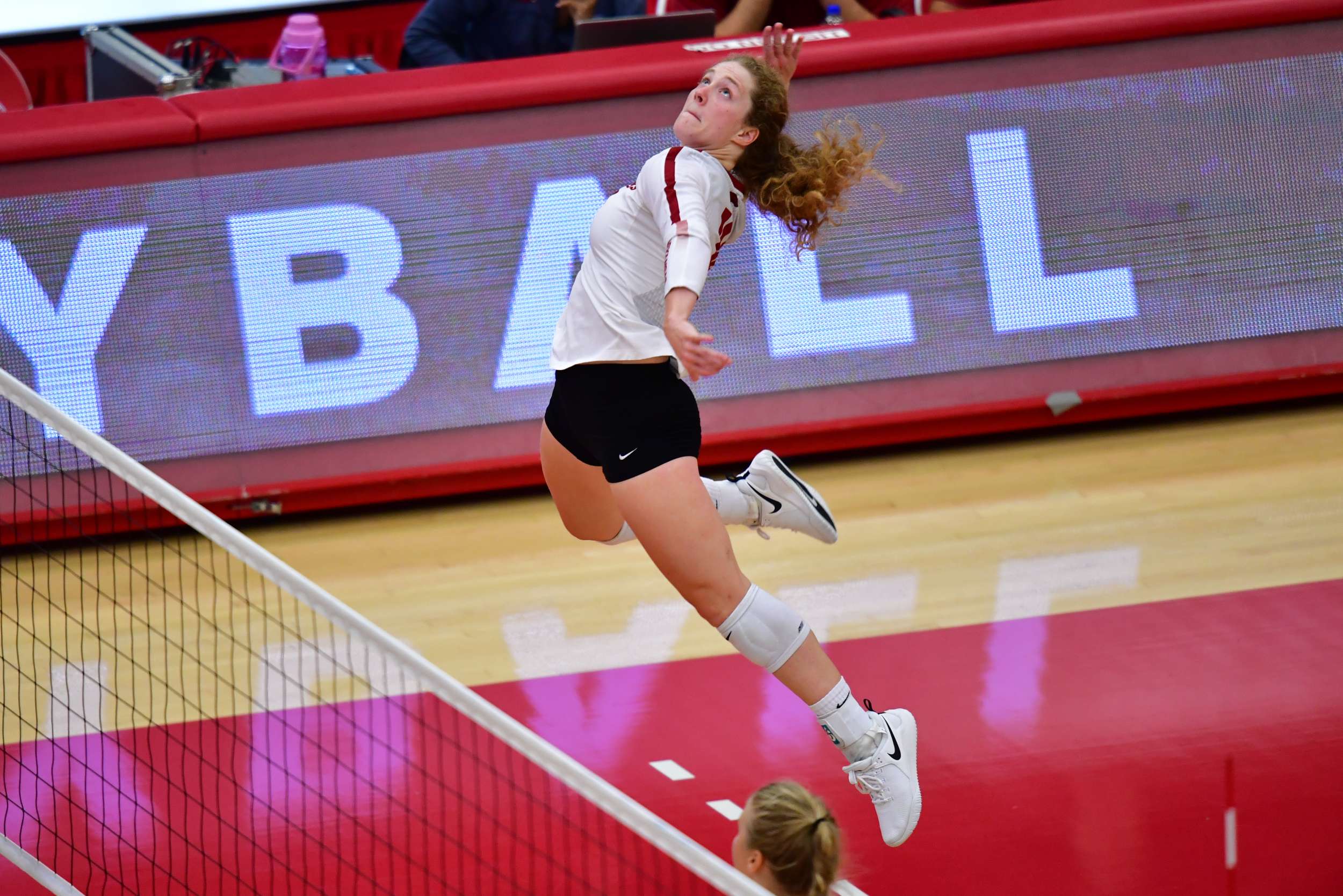 COLLEGE PARK – The University of Arkansas volleyball team (5-5) made up for a three-set loss to Princeton on Saturday morning with a demanding win against George Mason on Saturday afternoon, 3-1. The Razorbacks return to Fayetteville after a 1-2 showing in College Park.

THE TURNING POINT vs PRINCETON

Trailing 0-2 in the match, Dirrigl would go up for a solo block against Princeton’s Elena Montgomery in the third set and win to give Arkansas the 6-5 lead, but the Tigers responded with a four-point scoring run that would put them out in front for the remainder of the set as they closed the match with a kill from Olivia Schewe and a 25-19 set three win.

THE TURNING POINT vs GEORGE MASON

Tied with the Patriots, 1-1 after the second set, the Razorbacks found themselves tied at 16 points apiece in the third. The Hogs outscored Mason 9-4 topped with a kill by Crumpton to take a 2-1 match lead with a 25-20 set three win. Arkansas  held the Patriots to a -.034 clip in the final set, forcing 10 attack errors from Mason en route to a dominating 25-14 fourth set victory.

“We found a way to overcome a really slow start to the day. Proud of the way we battled and excited to get a win outside Barnhill.”

Arkansas will be back in action next week with a two-day tournament hosted by SEC opponent Georgia on Thursday and Friday. The Hogs won’t face the Bulldogs while in Athens but will take on Georgia Tech on Thursday at 4 p.m. (CT) and NC State on Friday at the same time.