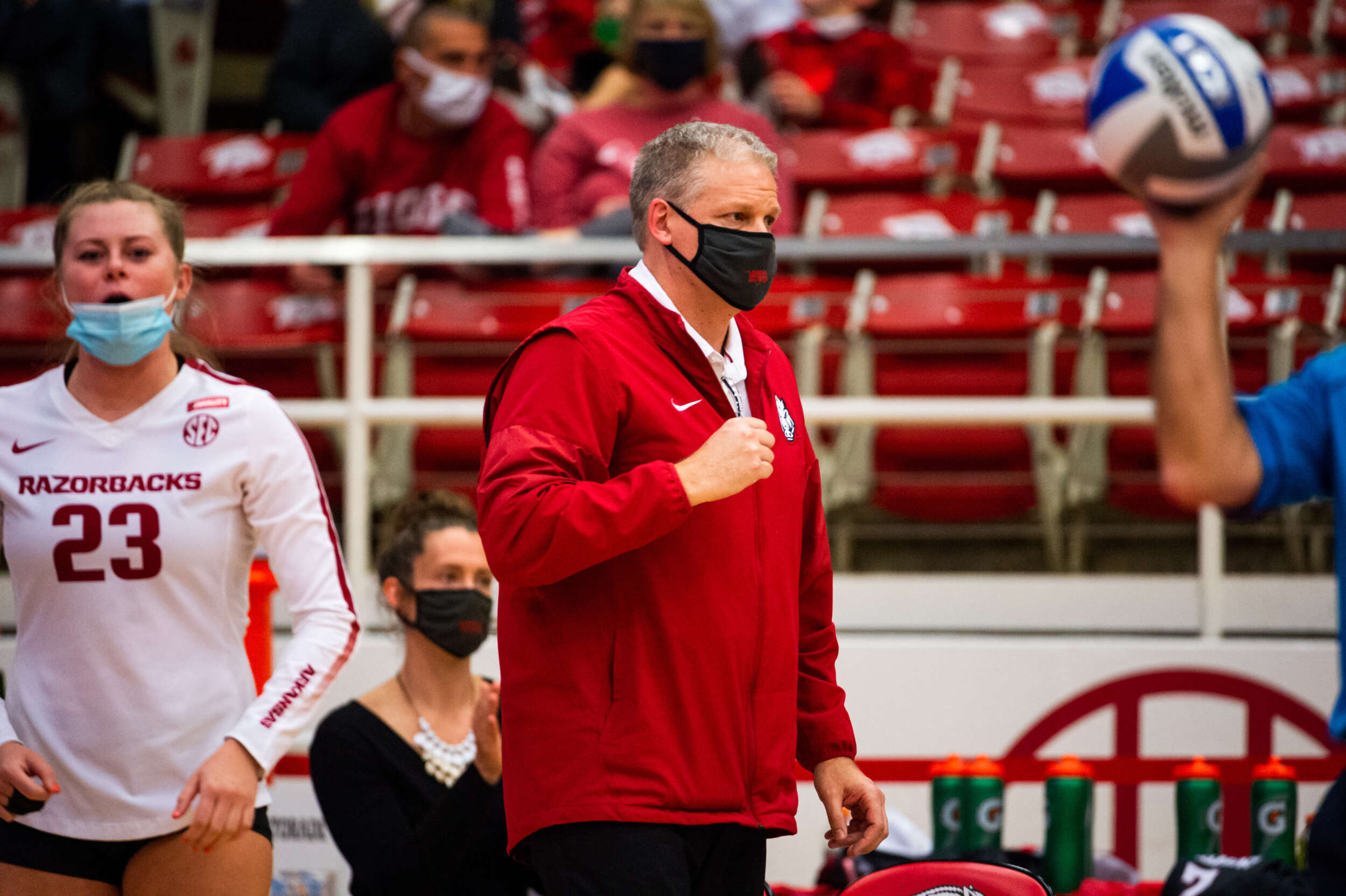 FAYETTEVILLE, Ark. – Fifth-year head volleyball coach Jason Watson was honored on Sunday with his first-ever SEC Coach of the Year award. Sophomore Jillian Gillen was named SEC Scholar-Athlete of the Year and freshman Taylor Head was named SEC Freshman of the Year. Gillen and Head also each earned a spot on the All-SEC team and All-SEC Freshman Team respectively.

Watson led the Razorbacks to 14 conference wins over the split-season, the most for Arkansas since 2003. The Hogs averaged an impressive 1.58 service aces per set, good for second in the SEC and the fourth-best in program history. Arkansas’ maintained strong performances on both the offensive and defensive side of the ball, recording 14.57 digs and 12.95 kills per set this season.

A native of Winter Garden, Florida, freshman Taylor Head has been an unstoppable force on the court for the Razorbacks this season. As the only freshman in division I ranked in the top-20 for kills and digs per set, Head has cemented her spot on both offense and defense in all six rotations.

Of her 22 appearances, Head recorded a league-best 13 double-doubles. She posted a season-best 20 digs at Mississippi State on Oct. 18 and then registered a season-high 18 kills against South Carolina on March 19.

This season, Head led Arkansas to six, weekend sweeps of conference opponents, including the Hogs exhilarating sweep of then-No. 14 Texas A&M in the fall. She finished her rookie campaign as a three-time SEC Freshman of the Week honoree for her performances.

Gillen, a sophomore from Stilwell, Kansas is currently double majoring in communications and marketing. Through the 2020-21 academic year, in which so many restrictions and limitations were put upon student-athletes across the nation, Gillen managed to earn a 4.0 GPA this fall and land herself on the 2020 Fall SEC Academic Honor Roll. She is on track to finish her sophomore year with a 3.833 cumulative GPA. Since arriving on campus in the fall of 2019, Gillen has been named to the Athletic Director’s List and the Dean’s List in all three semesters.

Gillen’s talents go far beyond the classroom, as she played a crucial part of Arkansas’ success this season on the court. She led her team in kills and service aces and finished the year with a pair of SEC Player of the Week honors and SEC Offensive Player of the Week awards.