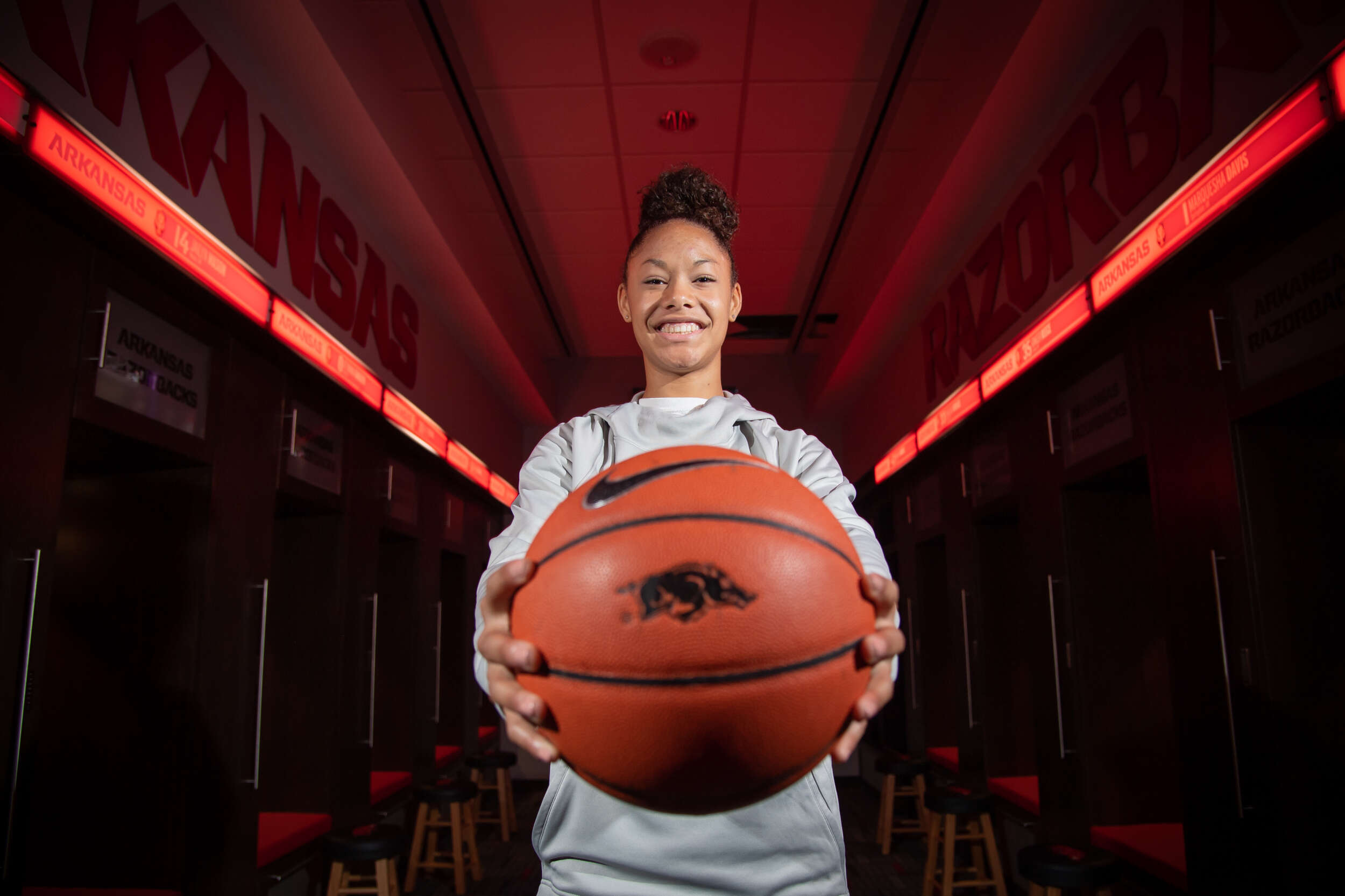 COLORADO SPRINGS, Colo. – Arkansas signee Jersey Wolfenbarger will be one of 27 players vying for a spot on Team USA for the U19 World Cup, USA Basketball announced today. Invitations were issued by the USA Basketball Women’s Junior National Team Selection Committee. Trials to select finalists for the 12-member team, which will be coached by Cori Close, Aaron Johnston and Joni Taylor, will be held May 14-16 at Metro State University in Denver. The selection committee will be led by Jennifer Rizzotti, the president of the Connecticut Sun. She will be aided by Temple University head coach Tonya Cardoza, Duke University head coach Kara Lawson, and North Carolina State University head coach Wes Moore.

The accolades continue to roll in for Wolfenbarger, who will arrive on the Hill in the fall of 2021. Wolfenbarger was also named Arkansas’ first McDonald’s All-American signee since 2016, while garnering Arkansas player of the year honors from the Arkansas Democrat-Gazette, Max Preps and the Arkansas Basketball Coaches Association. Wolfenbarger, the number seven overall player and top ranked wing in ESPN’s HoopGurlz 2021 recruiting rankings, is one of only nine high school senior invitees.

The awards are not hollow, though, as Wolfenbarger has impacted winning during her illustrious high school career. She is coming off her second state title with Northside High School, as she led the Grizzlies to a 26-2 record and a Class 6A State Championship in 2020-21. She averaged 19.0 points, 8.8 rebounds, 3.4 assists and 1.7 blocks per game during her final high school campaign.

Featuring U19 teams from 16 nations, the 2021 FIBA U19 World Cup is scheduled to be held Aug. 7-15 in Debrecen, Hungary. In addition to the USA and host Hungary, teams that will take part in this summer’s U19 World Cup include Argentina, Australia, Brazil, Canada, China, Czech Republic, Egypt, France, Italy, Japan, Mali, Russia, South Korea and Spain. FIBA held the draw to determine preliminary round groups for the 2021 FIBA U19 World Cup on April 28, and the USA was drawn into Group A, alongside Australia, Egypt and Italy for the Aug. 7-10 preliminary round. The USA will open play against Italy on Aug. 7, followed by Australia on Aug. 8 and cap preliminary play against Egypt on Aug. 10. Times will be announced by FIBA at a later date.