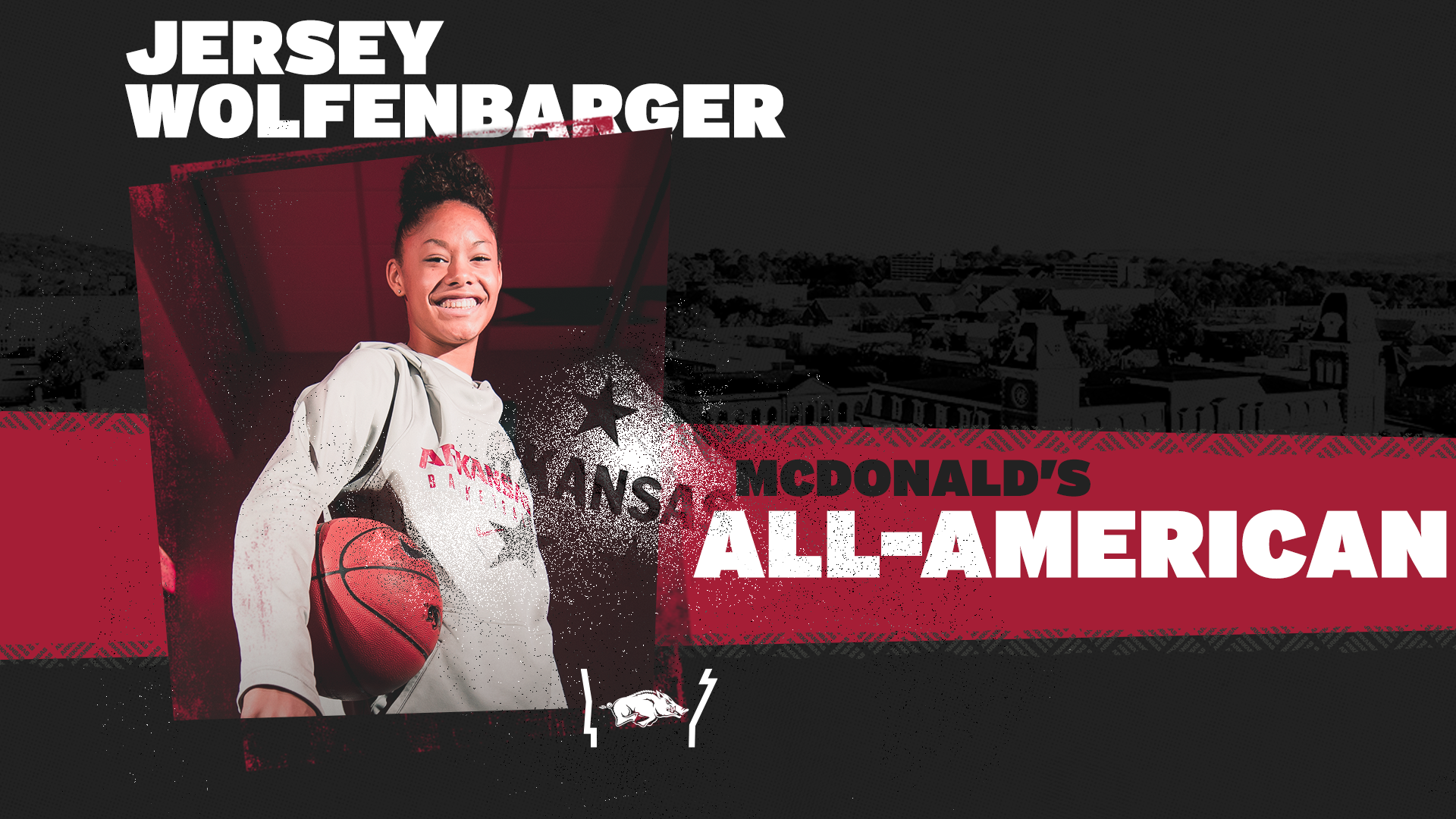 Wolfenbarger Selected as a McDonald’s All-American

FAYETTEVILLE, Ark.- Arkansas signee Jersey Wolfenbarger earned arguably the most prestigious honor a high school hooper can earn on Tuesday afternoon, as she was one of 24 high school girls basketball players selected to play in the McDonald’s All-American Game. The 24 selections were announced on ESPN’s The Jump. Due to the COVID-19 pandemic, however, the game will not be played.

Wolfenbarger, who is a senior at Northside High School in Fort Smith, Ark., has started to pile up the recognition as of late, including a spot in the Naismith Girls National High School Player of the Year Top Five. The spotlight has been well deserved: the 2019-20 Arkansas Gatorade Player of the Year has had a great year, and a great career, playing for Lady Bears. Last season, before the pandemic hit, Wolfenbarger was averaging 18.7 points, 6.0 rebounds, 3.7 assists and 1.5 steals per game. During her sophomore season, one in which she won the 6A State Title on a buzzer beater, she averaged 22.5 points, 3.3 rebounds, 2.5 assists and 1.3 steals.

With the honor, Wolfenbarger is the first incoming Arkansas freshman to be selected since 2016. That said, though, two current Razorbacks, Amber Ramirez and Destiny Slocum, both played in the game before they started their freshman years at TCU and Maryland, respectively.