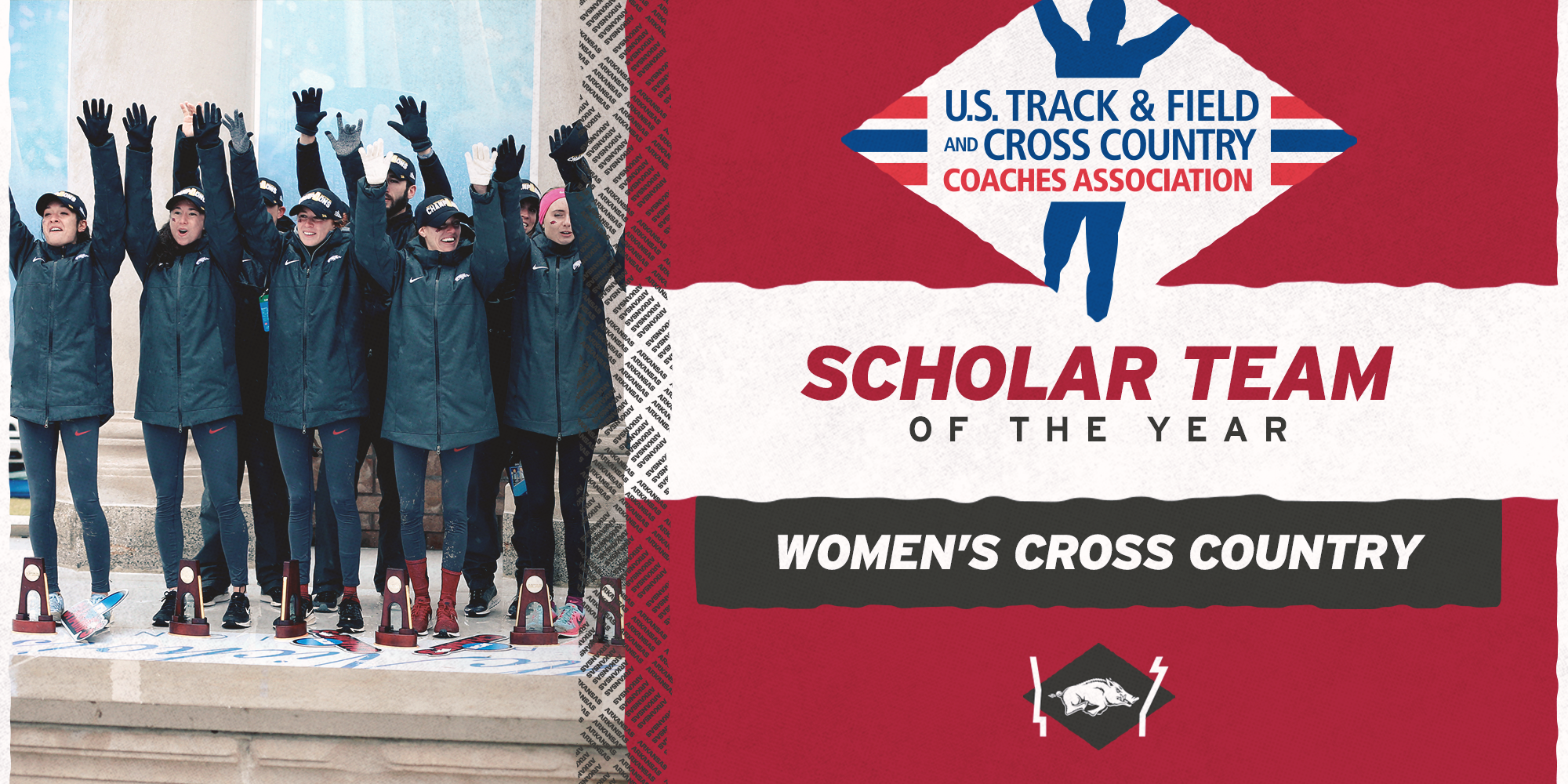 “It’s a nice tribute to our kids that they have the perspective to not only be very successful as athletes, but to take care of the challenge in the classroom,” said Arkansas women’s head coach Lance Harter. “It’s nice to be recognized that we have young ladies who are living up to the consummate motto of the NCAA regarding the student-athlete.”

This marks the first time in program history for Arkansas to claim the cross country Scholar Team of the Year honors.

The Razorbacks, who maintained a cumulative grade point average of 3.59, won their first cross country national title in program history this past November at the 2019 NCAA Championships held in Terre Haute, Indiana, completing a sweep of NCAA team titles, along with indoor and outdoor track and field national championships, in one calendar year.

“It’s nice to pursue a career as an elite athlete, but ultimately your degree is most important,” added Harter. “We stress that and have a very high graduation rate and we want to continue to nurture that.”

“We’ve never accomplished that feat before either,” noted Harter of all seven members of the national team being honored individually. “That’s a tribute to each and every one of them who take care of business, not only at the athletic venue but also in the classroom.”

To qualify for All-Academic distinction, student-athletes must have a cumulative GPA of at least 3.25 on a 4.0 scale and finish among the top 25 (or 10 percent) at the NCAA Regional Championships or as an All-American at the NCAA Championships.