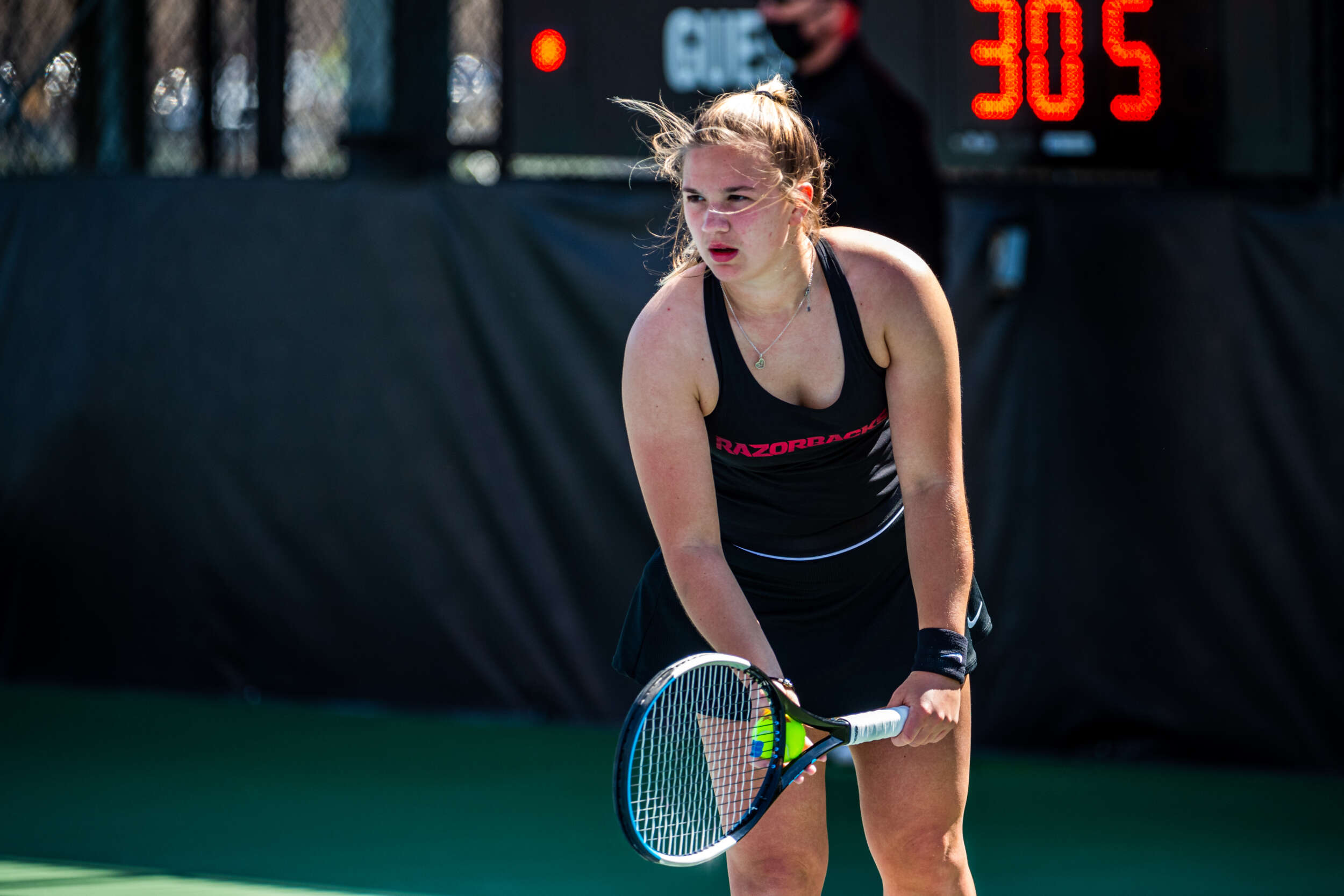 WACO, Texas – The University of Arkansas women’s tennis team faced A&M in doubles play and Arizona in singles play on its first day of competition at the HEB Invitational.

In doubles play, Laura Rijkers teamed up with Lenka Stara for a 6-2 win over A&M’s Pittman and Robbins. Razorback pair Morgan Cross and Tatum Rice battled in a tie-breaking set but fell to Jeanette Mireles and Renee McBryde in a 7-6 (8-6) decision. On court three, Grace O’Donnell and Kelly Keller dropped a 6-3 decision to Aggie duo Kayal Gownder and Isa Di Laura.

The Razorbacks continue the tournament tomorrow at 9 a.m. as they face Arizona in doubles and Texas A&M in singles, followed by singles play against Baylor at 1 p.m.