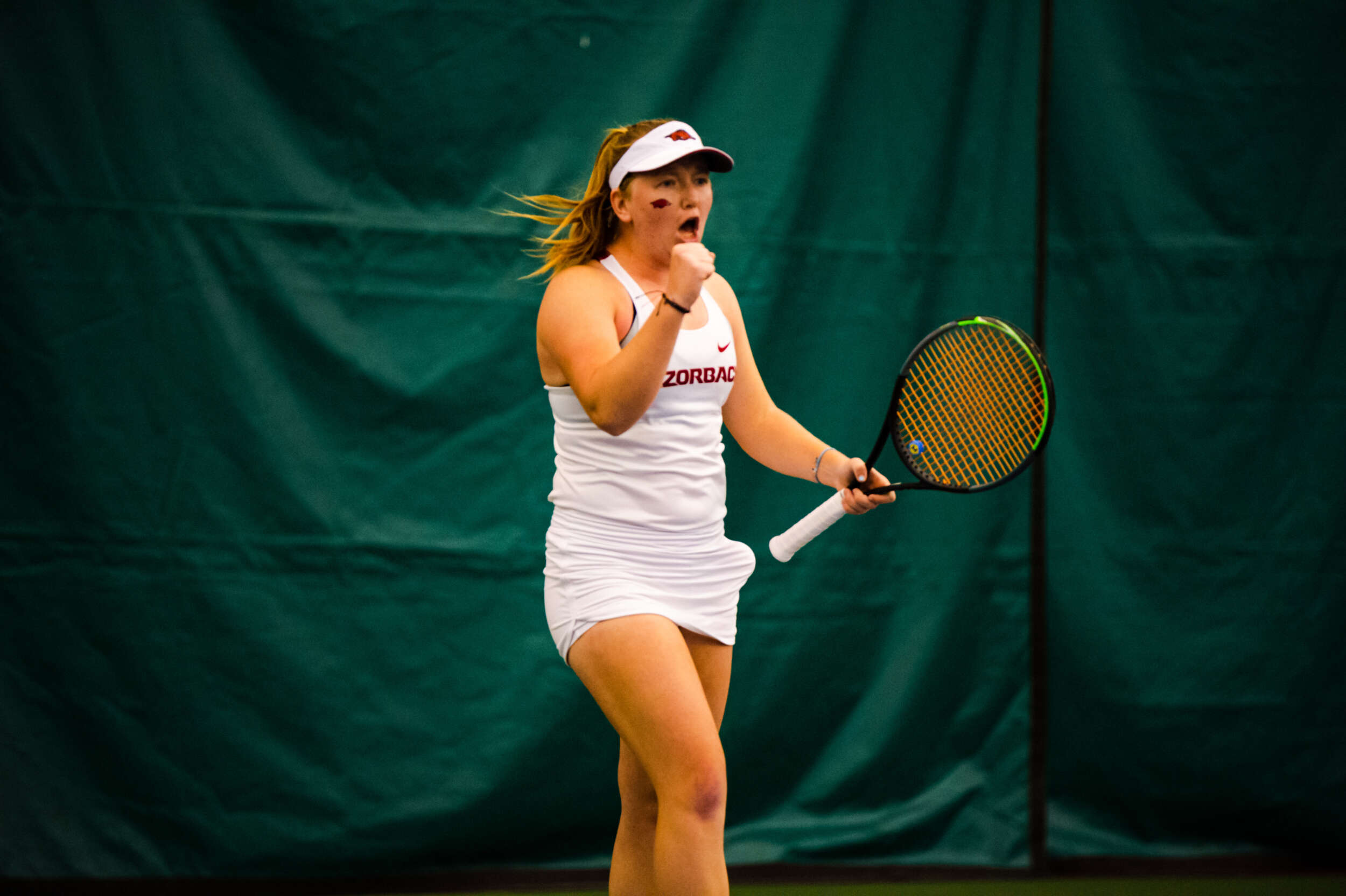 NORTH LITTLE ROCK, Ark. – The University of Arkansas women’s tennis team earned its third win of the season-opening weekend with a 7-0 sweep over Austin Peay on Sunday. The Razorbacks improve to 3-0 on the season.

The Razorbacks were off to a quick start in doubles as Lenka Stara and Laura Rijkers earned the first victory for Arkansas with a clean 6-0 win on court one. Kelly Keller and Indianna Spink followed shortly with a 6-3 win on court two, securing the doubles point.

In singles action, the Razorbacks had a dominating start with straight-set wins on five courts. Tatum Rice continued her dominating performance this weekend with a 6-0, 6-2 victory at the No. 1 spot. Sophomore Presley Southerland made her dual-match debut this season, earning a 6-2, 6-1 win on court six.

At the No. 4 spot, Lenka Stara clinched the dual-match victory in a 6-3, 6-2 win over her Governors opponent. Junior Laura Rijkers followed with a 6-1, 6-1 win on court five over Austin Peay’s Nakanishi. Kelly Keller earned her second singles victory at the No. 3 position in a straight-set win (6-2, 6-2).

Arkansas returns to action next weekend traveling to Charlottesville, Va. to take on No. 16 Stanford on Saturday, January 28 for the ITA Kickoff Weekend.