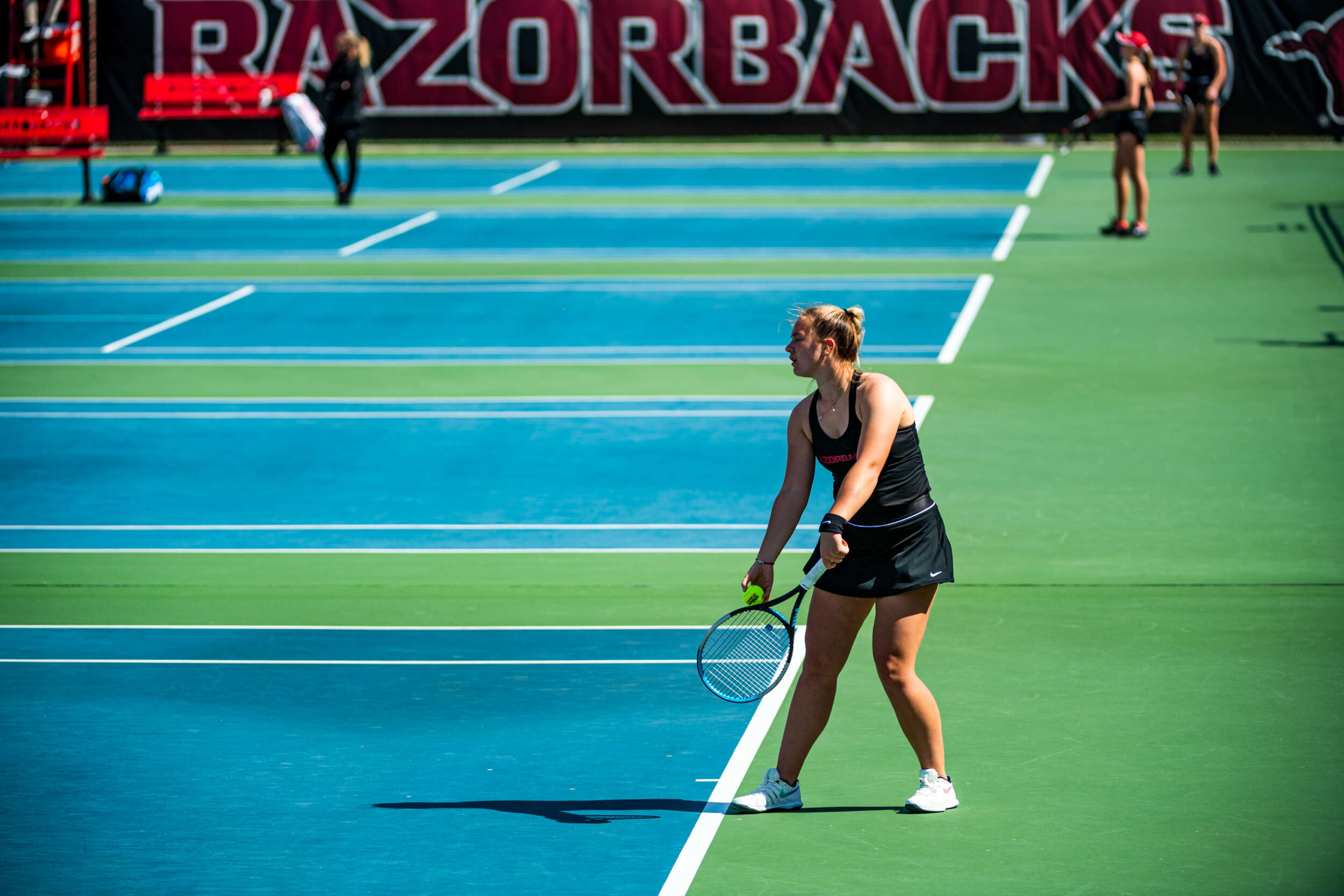 FAYETTEVILLE, Ark. – The University of Arkansas women’s tennis team continues its fall season as they head to the Tulsa Invitational from Friday, September 23 through Sunday, September 25 at the Michael D. Case Tennis Center. The Tulsa invitational will feature individual play in singles and doubles throughout the tournament, with eight Razorbacks competing.

Freshman Morgan McCarthy and Whitney Robbins will be making their first appearances as Razorbacks, while Yuhan Liu competed in the ITF Lubbock Pro Circuit this past week, falling to teammate Kelly Keller. Also coming off of the pro tournament is junior Indianna Spink, who won her first two matches to qualify for the main draw of the tournament.

Juniors Lenka Stara and Morgan Cross will compete in their first competition this fall, both coming off of a great spring season with the Razorbacks. Stara impressed early on last fall, rolling into the spring with an 11-match winning streak and going 8-0 in the No. 4 position to start. Cross had an impressive start last fall as well, advancing to the Round of 16 in doubles at the ITA National Fall Championships.

The other members of the women’s team, Kelly Keller and Carolina Gomez-Alonso, will head to Hilton Head, S.C. to continue a stretch of pro tournaments as they compete in the ITF Hilton Head 15K beginning on Monday, September 26.