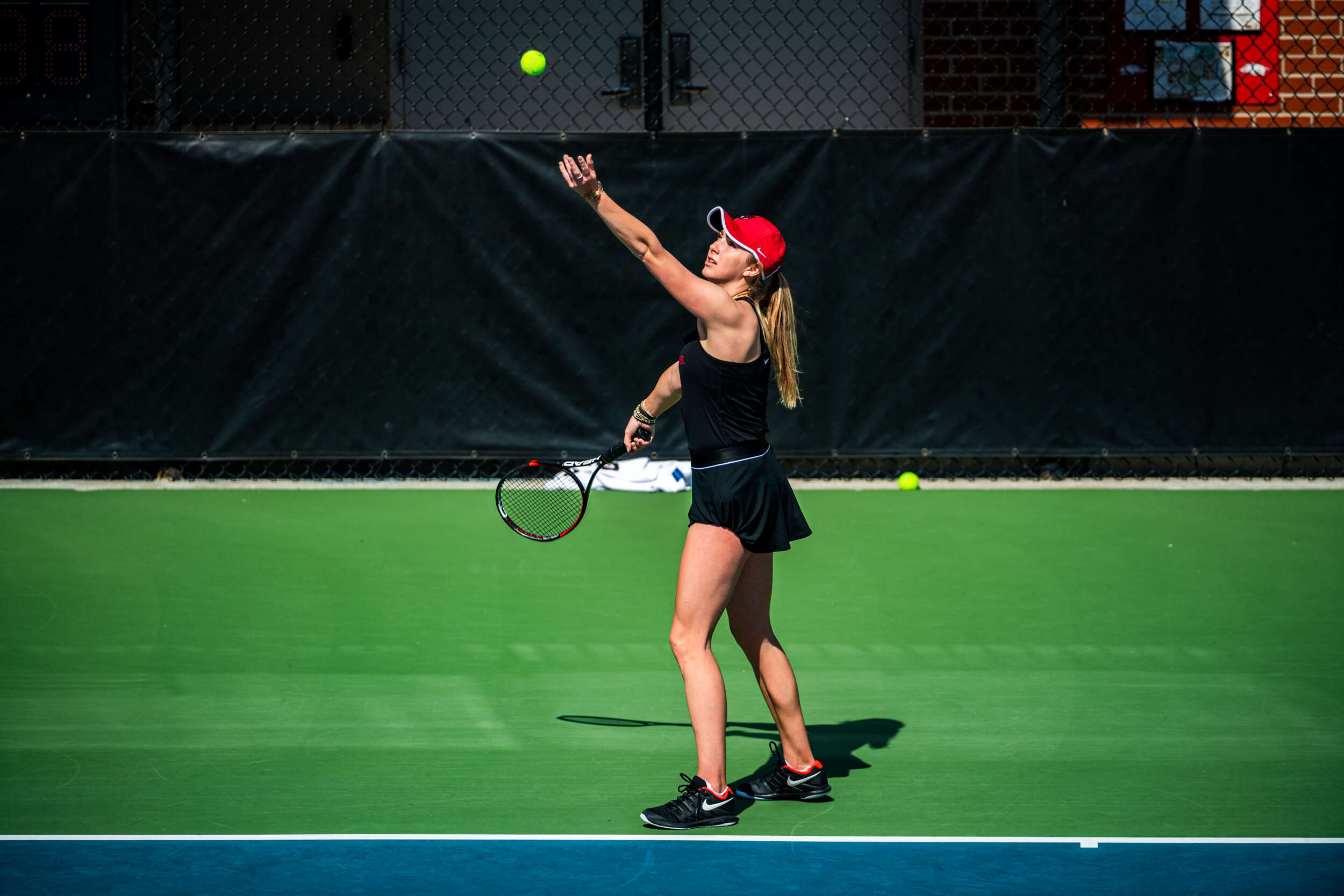 Graduate student Tatum Rice and freshman Grace O’Donnell started the day off with doubles competition against Texas A&M’s Renee McBryde and Mary Stoiana. The match was a tight contest, with the Aggies claiming a 7-5 victory in the tiebreaker. Kelly Keller and Presley Southerland teamed up for the second time this fall, taking on Ellie Pittman and Elise Robbins of Texas A&M, falling in a narrow 4-6 contest.

Rookie Grace O’Donnell recorded the first win of the day for the Razorbacks. O’Donnell notched her fifth collegiate victory, taking down her Aggie opponent 6-4, 6-4. Junior Presley Southerland held off Baylor’s Brooke Thompson, claiming a 7-6, 7-5 win in the final match of the day.

The Razorbacks return to the court on Sunday for the final day of the Texas A&M Fall Invitational. First serve is scheduled for 9 a.m. CT with doubles play followed by singles competition.

Live video and live stats can be found on the tournament website and will be available throughout the weekend.