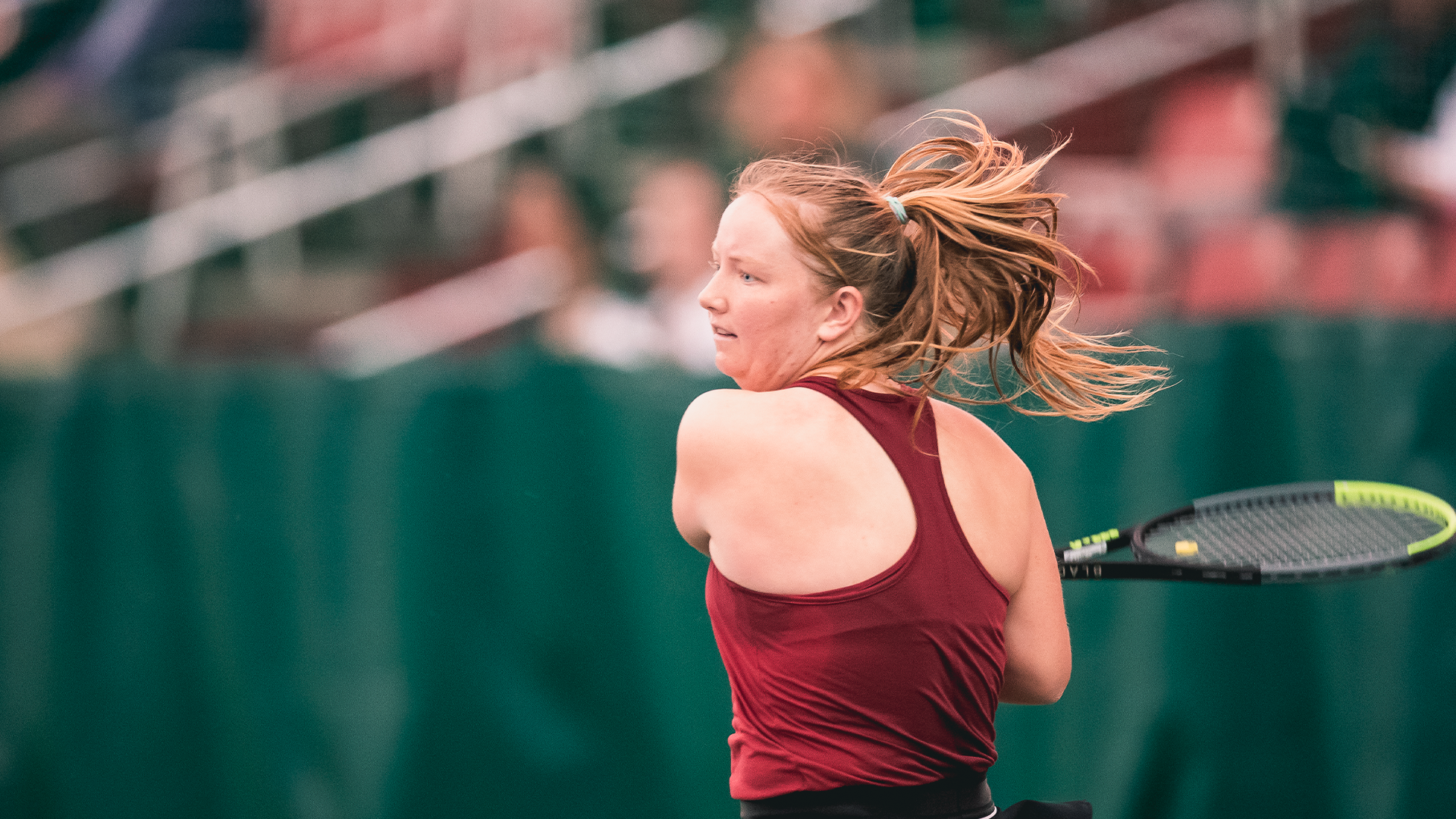 LEXINGTON, Ky. – The No. 65 University of Arkansas women’s tennis team closes out their first weekend on the road in conference play with a 6-1 win over No. 43 Kentucky on Sunday. The Razorbacks have now won the doubles point in six straight matches and in each of their ten wins.

It was all Razorbacks on court one in doubles play with No. 28 doubles duo of Morgan Cross and Tatum Rice not losing a single game to defeat the Wildcats’ duo of Arrese and Gonzalez, 6-0. The duo wins their third straight match and improves to 7-1 in the No. 1 position and 17-4 overall.

On court two, Lenka Stara and Laura Rijkers clinched the doubles point for the Razorbacks for the second straight match. The duo defeated Kentucky’s Eades and Girbau 6-2 to win their third straight match and improve to 6-3 in the No. 2 position.

In singles play, graduate Tatum Rice got things started to defeat her second ranked opponent this weekend. Rice was off to a quick start, winning the first five games to take the first set 6-2. The second set was a similar story, earning a dominant 6-2, 6-1 victory over No. 108 Carolta Molina.

Sophomore Lenka Stara bounced back in a three-set victory over Wildcats’ Lidia Gonzalez 6-3, 5-7, 6-2. Stara wins her eleventh match of the dual season and is now 9-1 at the No. 4 spot for the Razorbacks. Kelly Keller secured the match win for Arkansas in straight-set tiebreakers 7-6 (7-4), 7-5 on court two over Kentucky’s Carla Girbau.

Kentucky’s lone point came on court three where sophomore Indianna Spink and Wildcat Florencia Urruita battled it out in three sets. Spink took the first set 7-6 (7-2), but Urruita came back to take the second 6-4 and eventually fell 6-3 in the third.

On court five, Morgan Cross got off to a quick start claiming the first four games, but Eades came back to take the set 6-4. Cross continued to push taking the second set 7-5 to force and third-set tiebreaker to win the match, 11-9. Cross wins her fifth straight match and her sixth in the No. 5 position. Senior Laura Rijkers closed out the match on court six with a quick 6-0, 6-4 victory over Wildcat Maialen Morante.

The Razorbacks return home next weekend to continue conference play, taking on No. 59 South Carolina on Friday, March 18 and No. 15 Florida on Sunday, March 20.