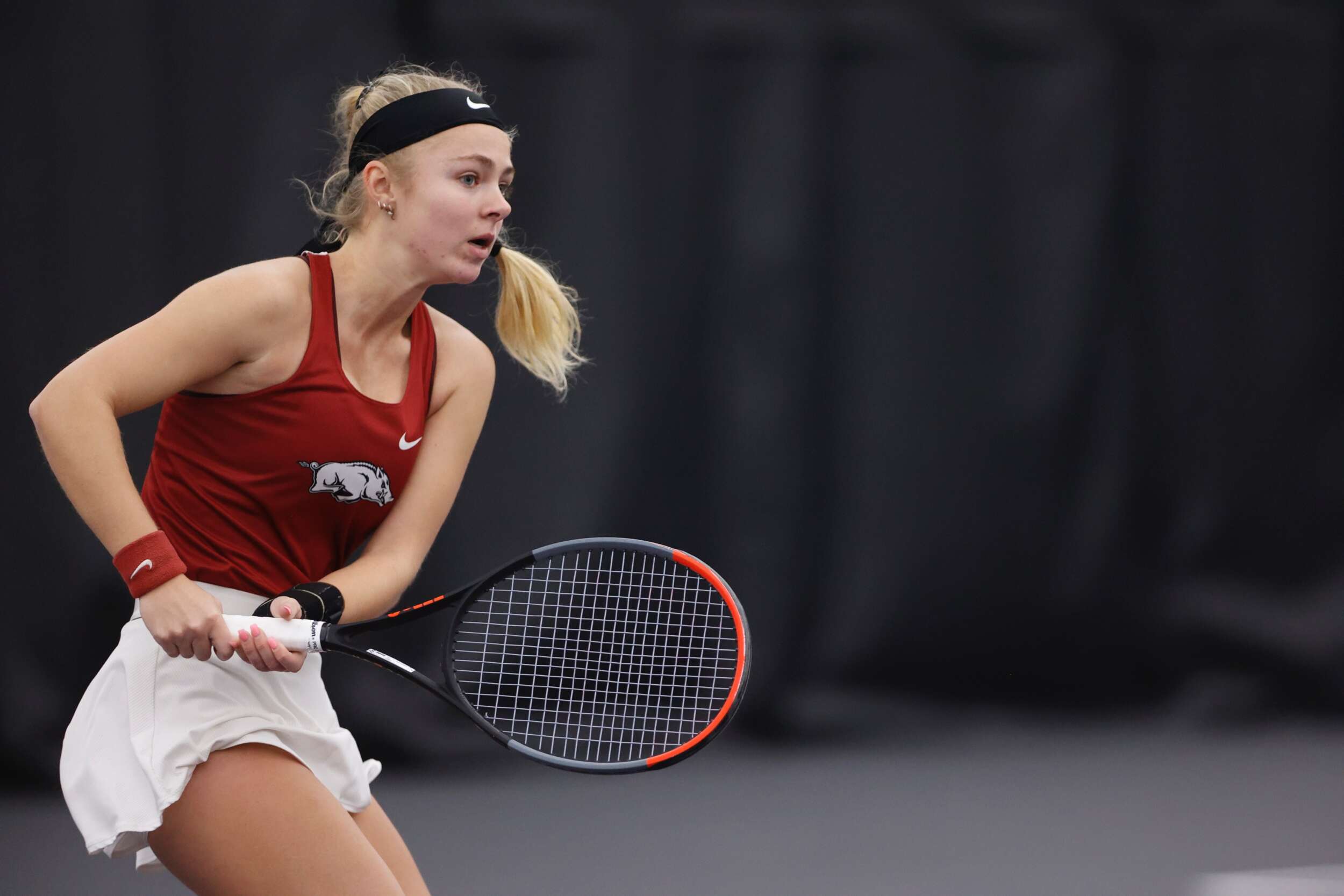 LAWRENCE, Kan. – The University of Arkansas women’s tennis team (4-3) dropped a hard-fought 5-2 decision to the Kansas Jayhawks (1-3) on Sunday.

The Jayhawks were able to take an early lead by picking up the doubles point with wins on courts one and three. Senior Laura Rijkers and her partner Lenka Stara claimed the first doubles win, defeating Kansas’ Tiffany Lagarde and Sonia Smagina, 6-2. Kansas bounced back and responded with a win on court three, 6-2, with all eyes turning to court one.

The duo of Morgan Cross and Tatum Rice were battling back and forth with their Jayhawks opponents Ngogunoue/Titove, but eventually fell 6-4 to give Kansas the advantage heading into singles play.

The Razorbacks had a tough start in singles play, dropping the first set on all six courts. They responded by taking the second set on five courts to force third-set tiebreakers.

Sophomore Lenka Stara earned the first point of the day for the Razorbacks on court four. Stara remains undefeated in singles play this dual season, with a 0-6, 6-3, 7-5 comeback win over Kansas’ Lacasse.

Kansas continued to build on to their lead, notching a 6-3, 6-0 victory on court two over Indianna Spink. The clinching point came on court one where Tatum Rice and No. 109 Malkia Ngogunoue were sitting at one set apiece heading into a third-set tiebreaker. Rice dropped her first match of the dual season in singles, falling 6-7, 7-5, 1-6.

Morgan Cross earned her first win of the dual season in singles, taking down Tiffany Lagarde in a marathon three sets (4-6, 7-6, 7-5) to give the Razorbacks their second point of the day. Arkansas takes a break off this next week before returning to open their home season at Billingsley Tennis Center in a doubleheader on Saturday, Feb. 19 against Wichita State and Arkansas State.