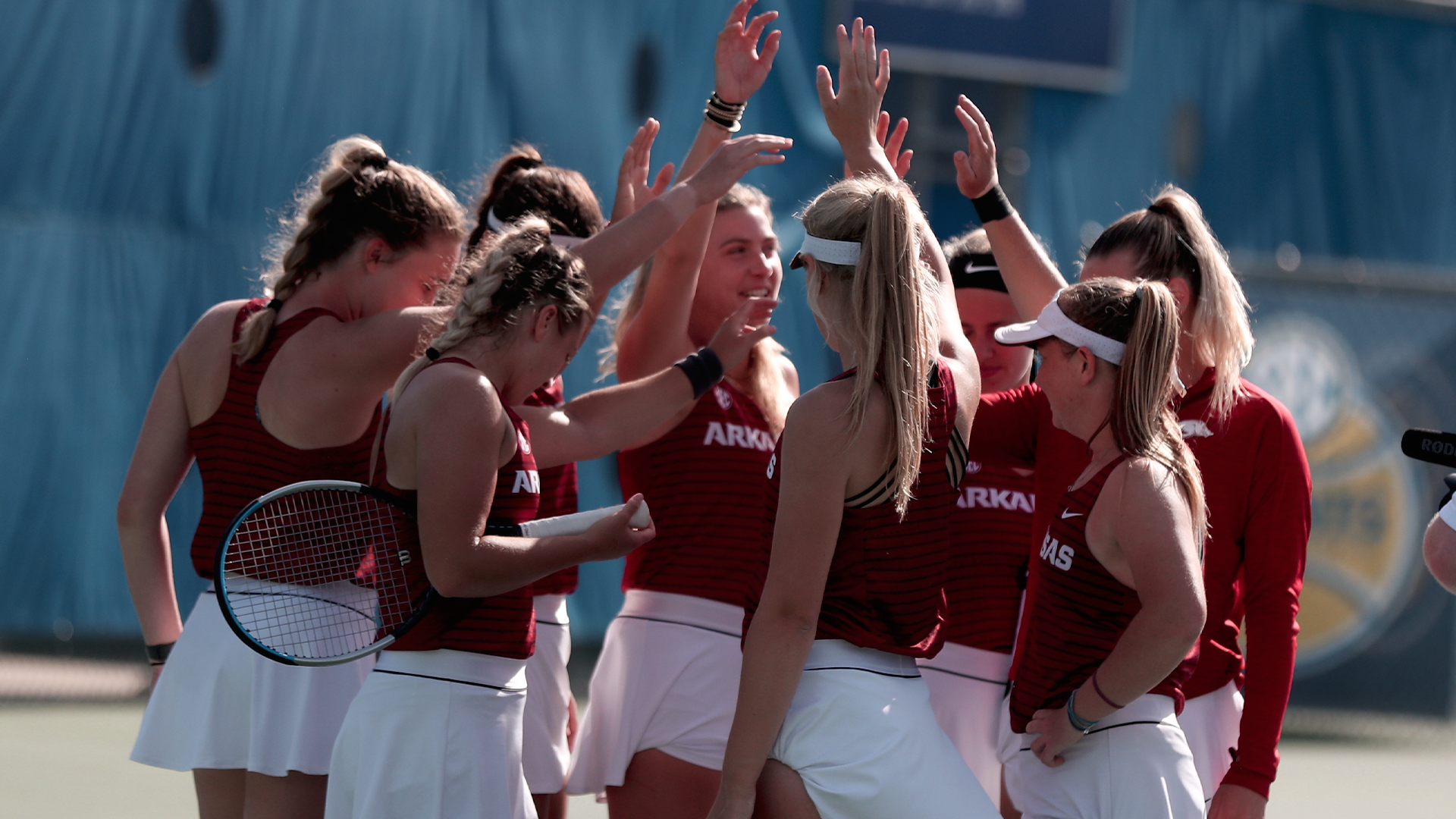 Women’s Tennis Falls to Florida in Quarterfinals of SEC Tournament

The No. 30 Razorbacks move to 16-9 overall this season and 8-5 in conference play as they await the next stop in the postseason.

The Razorbacks’ lone point came in doubles play, where it was an all-out battle to decide the point. Sophomores Kelly Keller and Indianna Spink defeated Florida’s Carly Briggs and Emma Shelton on court three, 6-3, to put the Hogs within one of the point. On court one, No. 45 Morgan Cross and Tatum Rice fell to the No. 11 Gators duo of Alicia Dudeney and McCartney Kessler to turn all attention to court two. The tandem of Laura RIjkers and Lenka Stara got it done, 6-4, to give the Hogs the lead heading into singles play.

The Gators came out swinging in singles, taking two quick points on courts six and one to take the lead. Lenka Stara and Morgan Cross each took their first sets, but fell in the second to force a third set. On court two, Kelly Keller took the second-set tiebreaker against No. 72 Marlee Zein to give the Razorbacks a fighting chance.

Florida clinched the match on court three where Indianna Spink wasn’t going down without a fight. Spink fell in the second-set tiebreaker, 6-2, 7-6 (7-5), to end the match.