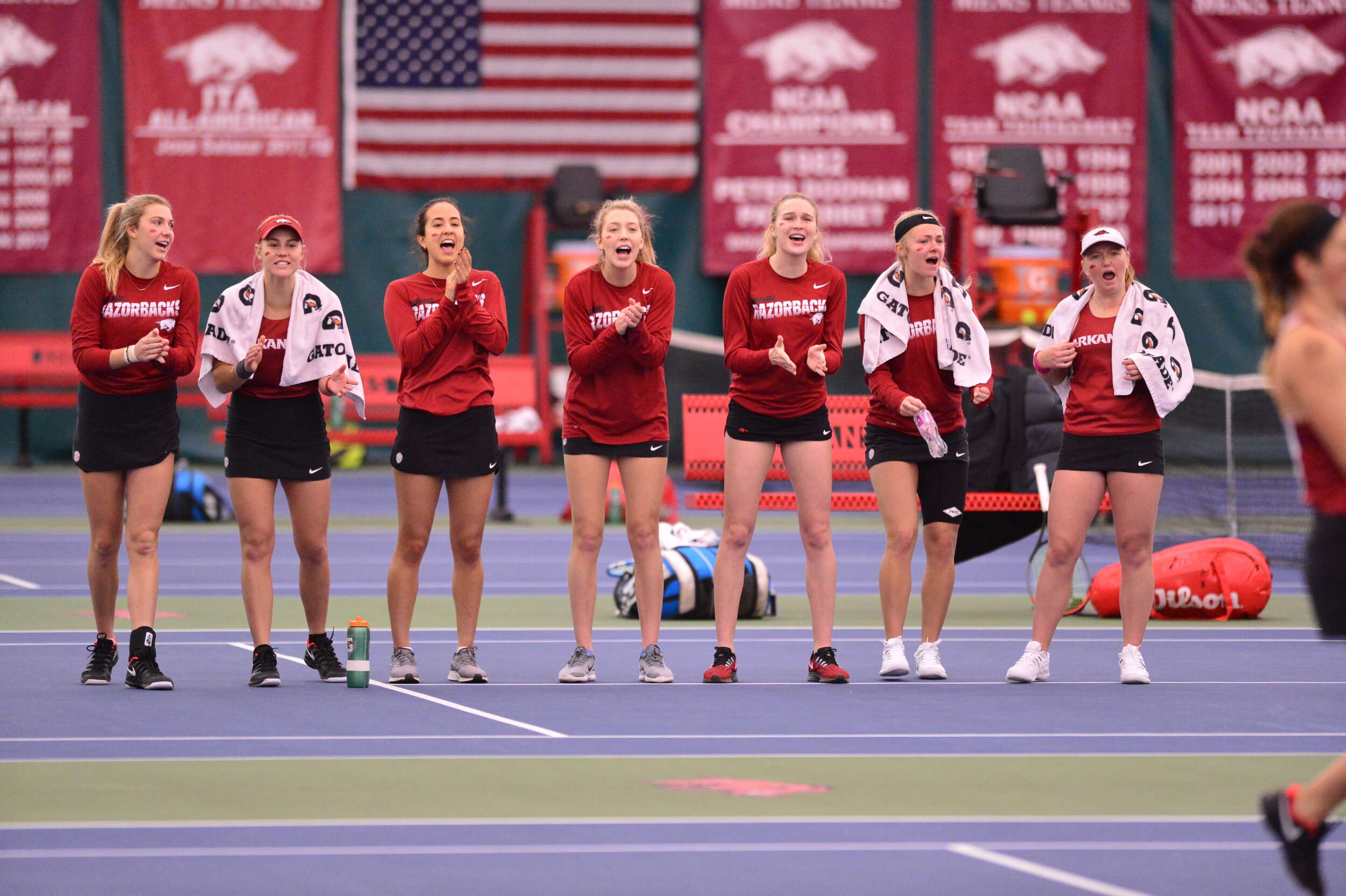 FAYETTEVILLE, Ark. – After three consecutive weeks of road action, the Arkansas women’s tennis team (4-3) hosts a doubleheader welcoming Missouri State and UAPB to the Billingsley Tennis Center on Saturday. First serve is slated for 11 a.m. against the Bears.

The Razorbacks are returning home after a weekend out west, defeating UNLV 5-2 and falling in a battle to Virginia Tech 4-3.

The weekend started with the victory over the Rebels on Friday. The pair of Jackie Carr and Martina Zerulo cruised to a 6-2 win while Thea Rice and Laura Rijkers took court three 7-6 (7-1), clinching the doubles point. The Hogs corralled the momentum gained in doubles and took it over to singles play, claiming four of the first six sets. For the second weekend in a row, freshman Kelly Keller clinched the match for Arkansas.

The Razorbacks started strong by winning the doubles point against Virginia Tech on Saturday. No. 22 Tatum Rice and Lauren Alter registered a 6-1 win, while Thea Rice and Rijkers clinched their fourth doubles victory in a row this dual match season. In singles, Arkansas secured victories on courts two and five with wins by No.114 Carr and Rijkers.

Missouri State enters the weekend 2-3 on the season, with a 5-2 win against South Dakota in it’s most recent

action. Saturday’s match will be the 29th meeting in series history between the Hogs and Bears with Arkansas holding a 28-0 edge.

This will be the third time Arkansas has faced UAPB.