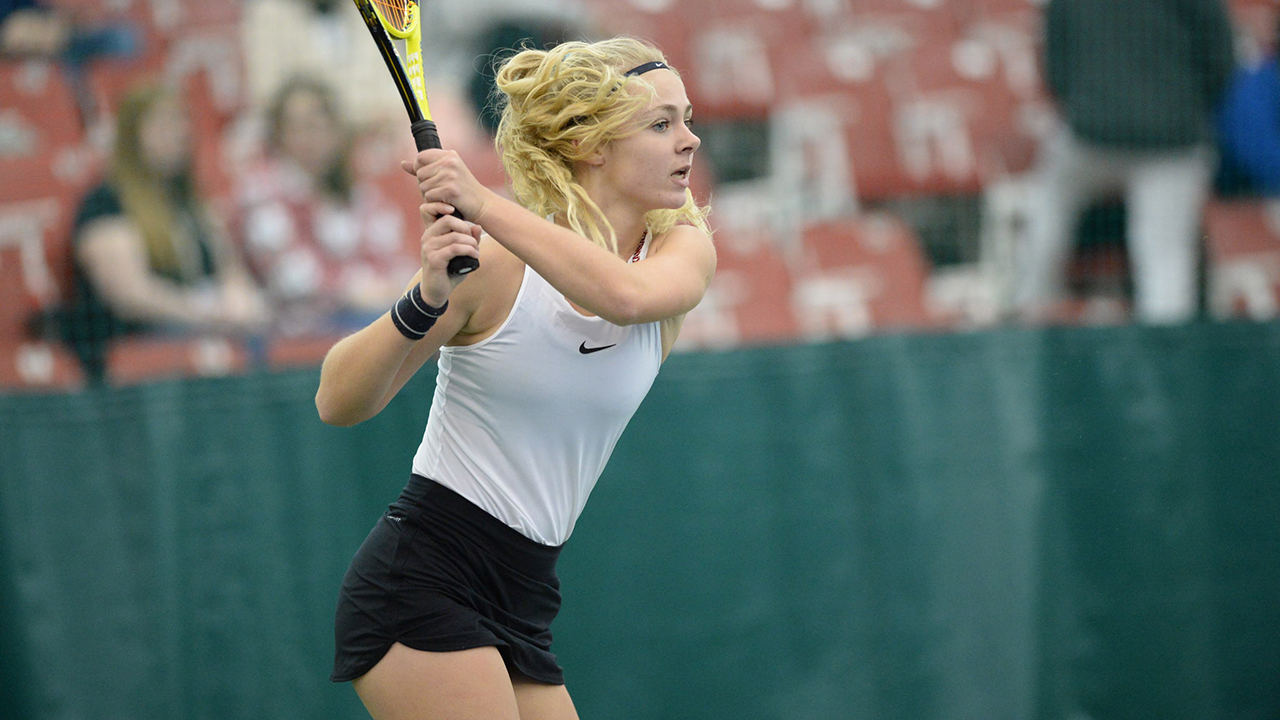 Women's Tennis Stays on the Hill

FAYETTEVILLE, Ark.- The Arkansas women’s tennis team will remain on the Hill to close out January play, hosting ULM Friday afternoon and Pine Bluff Sunday afternoon for a doubleheader.

Freshmen Thea Rice and Laura Rijkers competed in their first collegiate matches, both going 2-0 singles play. Sophomores Tatum Rice and Martina Zerulo lead the team in singles play going into the weekend, with both Razorbacks winning their three matches.

Friday’s match is the 14th time that the Hogs will face the Warhawks, holding a wide 10-3 series advantage. The last match between the teams was in 1997 when the school was known as Northeast Louisiana. Arkansas earned a 7-2 victory.

Sunday’s doubleheader will be the first time in program history that Arkansas will face the Golden Lions. The matches are a change from the tradition that Arkansas does not play another in-state team, which has historically been the case.

First serve against ULM will be at 3 p.m. Friday afternoon and Sunday’s doubleheader will begin at 11 a.m.