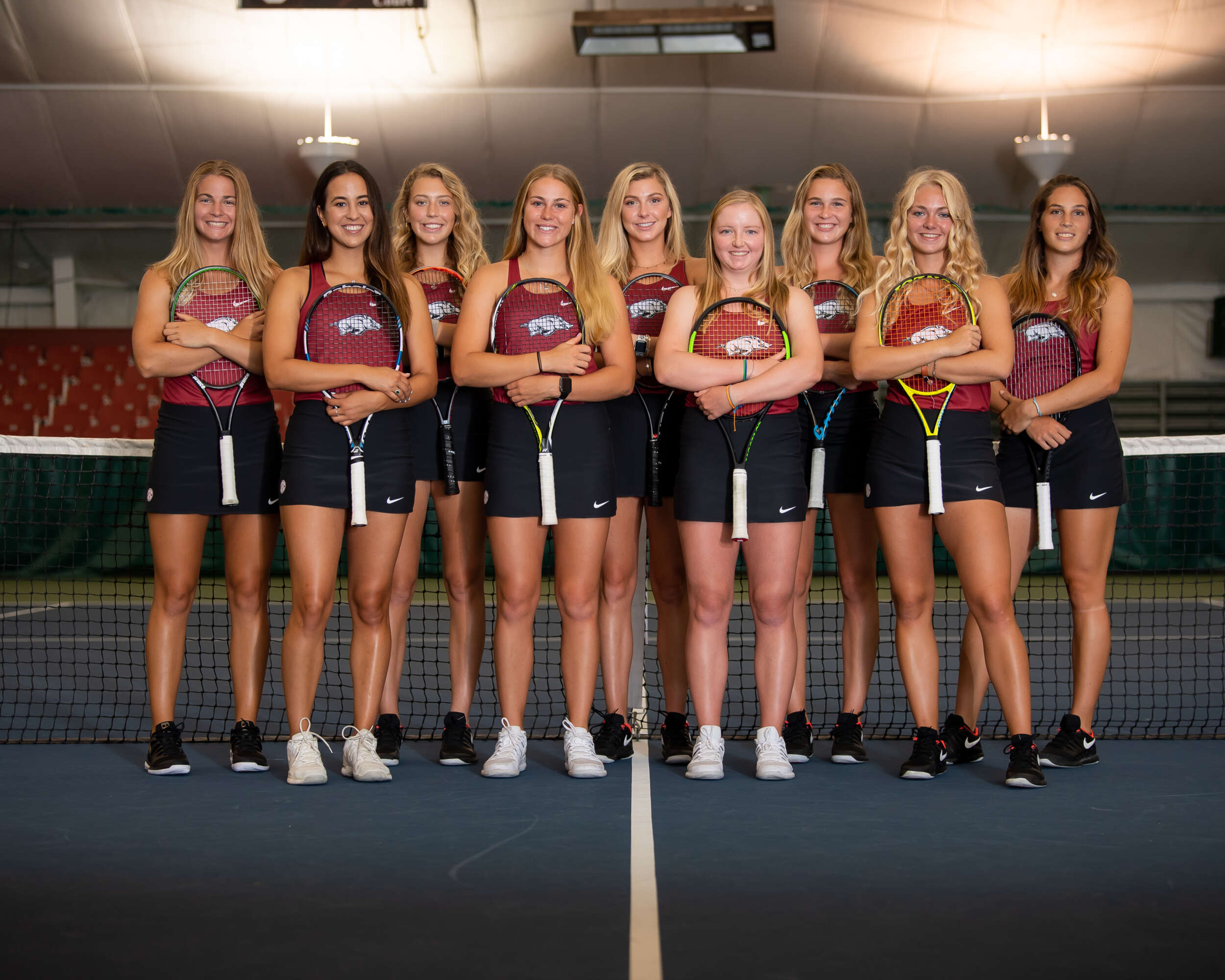 With a total of 214.5 hours, the Razorbacks have been active members in the Fayetteville community throughout the 2019-20 year.

“One of the most inspiring things I’ve seen as a coach is when community service becomes an organic culture within the team and thrives without coaches or staff members organizing community service opportunities on the team’s behalf,” Head Coach Courtney Steinbock said. “I can whole heartedly say that I am very proud of this team and our captains for appreciating the importance of serving those around us and taking the initiative to serve on their own accord. Apart from a couple team projects, our student-athletes really embraced taking ownership of volunteering their time and I believe made a tangible difference on our campus and in our community.”­­

The team made multiple visits to the NWA Children’s Hospital in Fayetteville, Arkansas, interacting with and assisting with the hospital’s patients.

The squad also helped in the Shop with Razorbacks Program, which is a University of Arkansas initiative lead by the athletic department. This program allows student-athletes to accompany local elementary school children to Walmart to shop for clothing and toys for Christmas during the weeks preceding the holiday.

Members of the team continued to invest time with children within the community by participating in the Sweat Hogs program, travelling to local elementary schools to educate the young students on the benefits of exercise, sport, and a healthy diet for a person’s life and well-being.

The ladies partook in a day-long Habitat for Humanity Team Build aiding in the construction of a house for a local Fayetteville family in need of housing and financial assistance.

In November, the team and coaching staff volunteered to work at aide stations at the Fayetteville Half Marathon and 5k spending the day handing out water and Gatorade to the runners while offering words of encouragement and directing Half Marathon Runners and 5k runners on their respective routes.

The team and coaching staff participated in the Team Luke Hope for a Minds charity event hosted in Fort Smith. The event was an extensive fundraiser for families and children with traumatic brain injuries. The team and coaches taught an all-day tennis clinic to players of all ages and abilities.

In addition, multiple members of the team were frequent volunteers at the NWA Animal Shelter in Fayetteville, contributing numerous hours of caring for the animals at the shelter and helping them get ready for adoption.