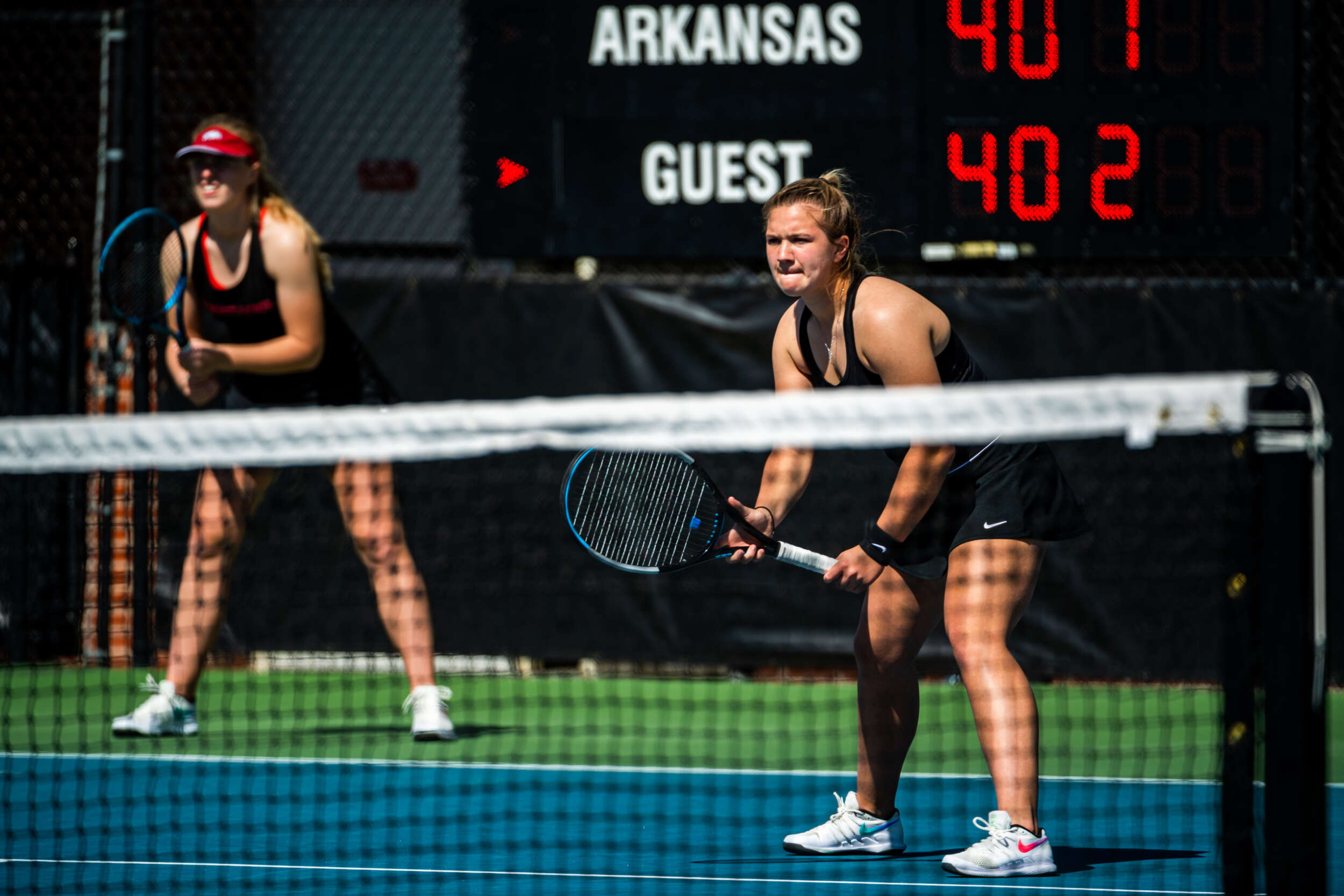 Arkansas doubles duo Morgan Cross and Tatum Rice began their day with a 8-4 quarterfinals performance over host Iowa’s Gillas/Mannix to earn a place in the semifinals. The duo then faced Kadeleckova/Cabexas of Iowa State, falling 6-3, 6-2.

In singles competition, No. 26 Indianna Spink faced Kansas State’s No. 116 Karine-Marion Job in the quarterfinals. Spink dominated in the first set, taking it 6-2. The second set was taken by Job (6-3) with a spot in the semifinals on the line going into the third set. Spink fell in the battle, 6-4, bringing her run in the tournament to an end.