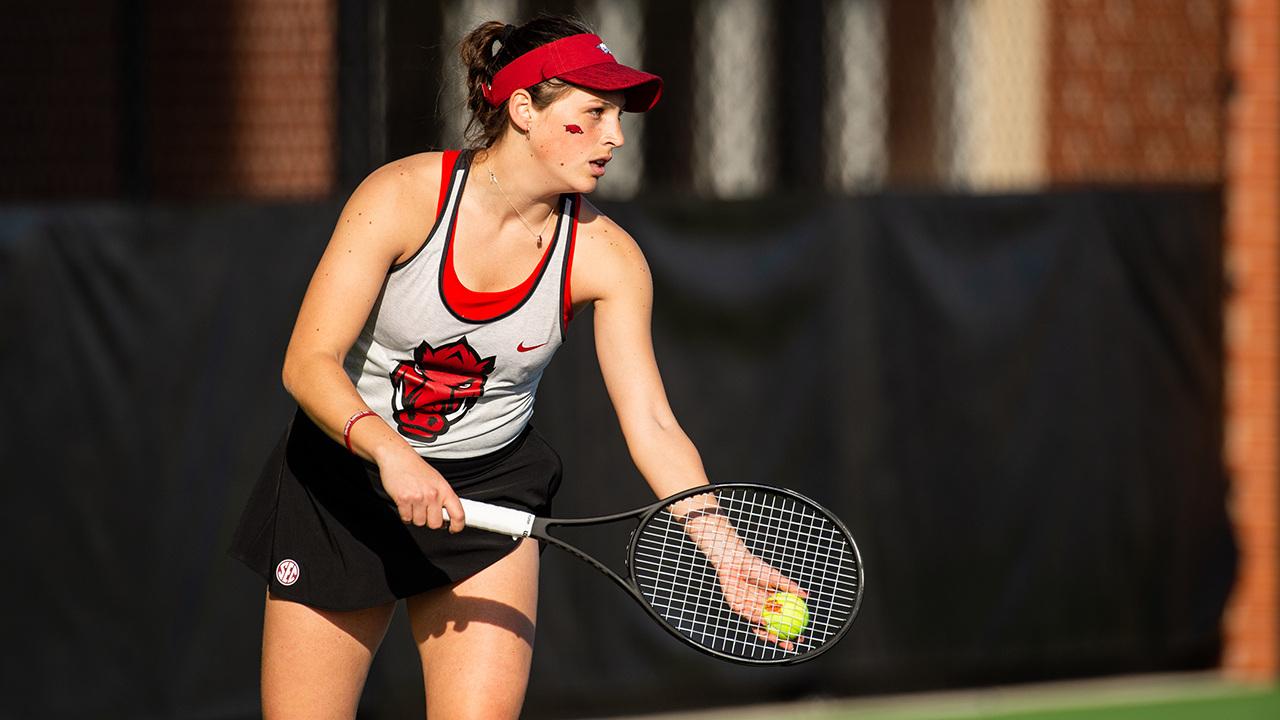 Zerulo is 18-13 overall in singles play, going 13-8 in dual play to rank second on the team in singles wins. Coming in at a season-high ranking of No. 83 in the latest ITA Rankings release, she primarily plays at the No. 1 position.

The Manfredonia, Italy native is 5-2 in the Hogs’ last 10 matches, winning her last two matches and defeating four nationally ranked players. She defeated then-No. 12 Ida Jarlskog of Florida in early March, the highest-ranking opponent to fall to Zerulo this season.

Zerulo is 12-10 in doubles play this spring, with all 12 wins coming at the top two positions. She has defeated three ITA-ranked doubles pairs with partner Tatum Rice, defeating then-No. 15 Akvile Parazinskalte and Justina Mikulskyte of Kentucky 6-2 in March.

“I’m really happy and proud of Martina,” head coach Courtney Steinbock said. “She has put in a lot of hard work and it is starting to pay off, so I’m glad to see her efforts are being recognized by other coaches in the SEC as well.”

No. 45 Arkansas will look to play in the NCAA Tournament in May, with team and individual tournament selections to be announced next week.