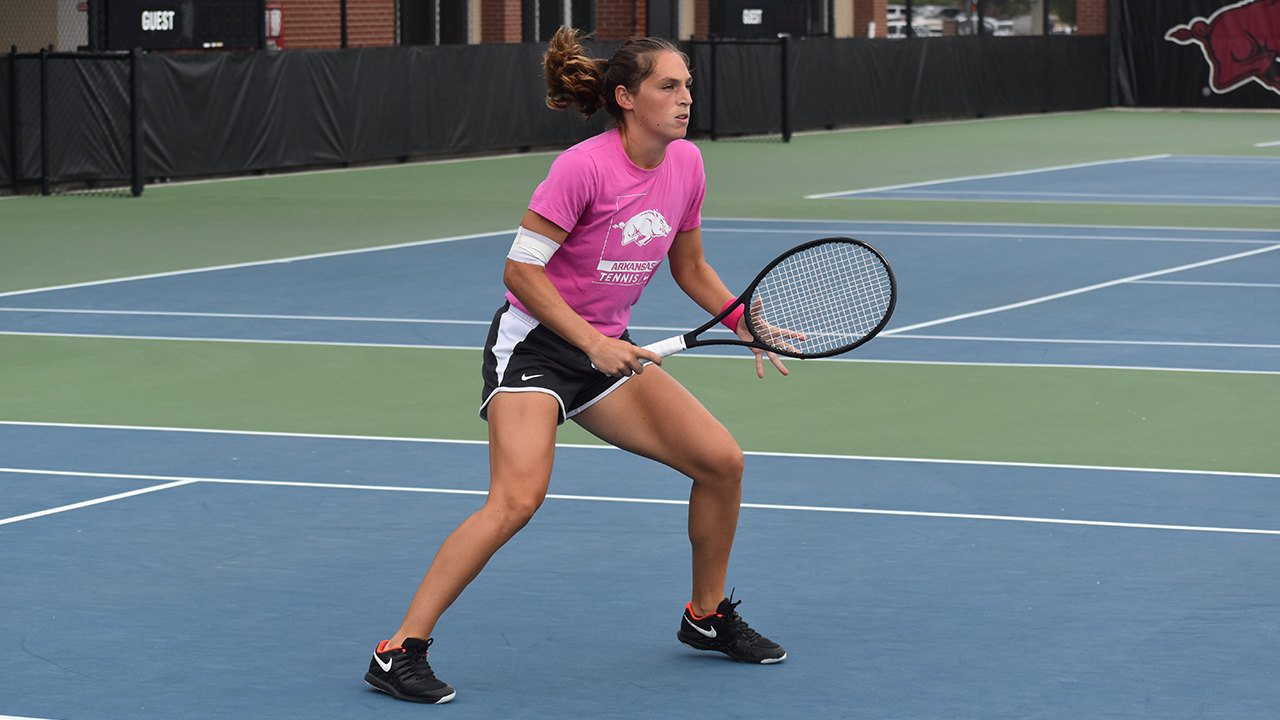 FAYETTEVILLE – It was another successful road trip for the University of Arkansas women’s tennis team this weekend, as the Razorbacks traveled to Norman, Oklahoma for a two-day tournament hosted by the Sooners. Senior Martina Zerulo was undefeated in singles play on both days, earning the title of singles champion for the Razorbacks.

Arkansas started the two-day tournament on Saturday, kicking off the weekend with a doubles win for freshmen-duo Indianna Spink and Morgan Cross. The pair defeated Lisa Marie Rioux and Ayumi Miyamoto of Oklahoma State (6-1).

During singles competition, it was Zerulo and graduate Jackie Carr that came out on top. Carr won her match against Oklahoma State’s Daniella Medvedeva, 6-4, 6-1 and Zerulo battled her opponent from OSU, Alana Wolfberg to the end and rose victorious in the end by a score of 0-6, 6-4, 1-0 [7].

Day two in Norman yielded lots of victories for Arkansas, including six wins in nine of the Razorbacks singles matches.

Arkansas made some changes to their doubles lineup on Sunday, and the new duos were victorious in three of their four matches:

The Hogs have a week of rest before they prepare to host the ITA Central Regional Championships, here in Fayetteville, starting on Thursday, Oct.22.