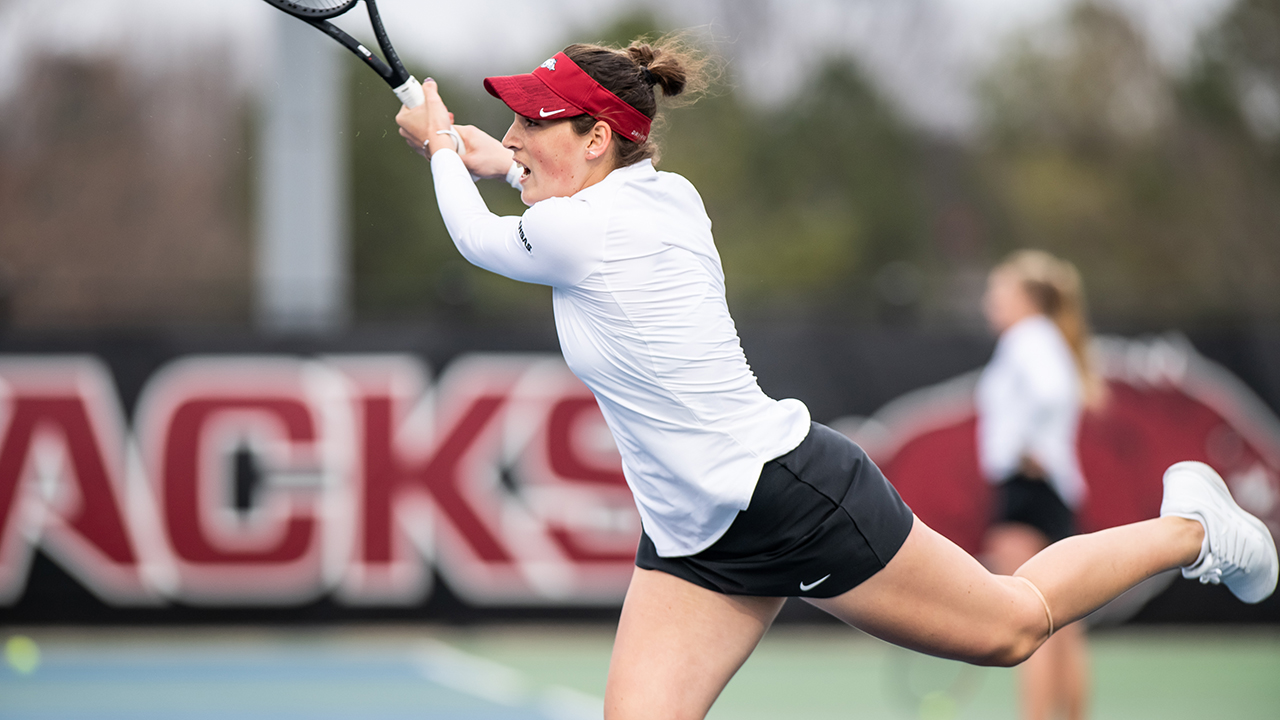 Tulsa, Okla – Martina Zerulo was the only Razorback to compete at the ITA AA Championships on Tuesday in Tulsa, falling in the second round of the tournament in three sets.

SINGLES PLAY:
A day after topping Southern California’s Danielle Wilson in the opening round of the qualifying singles draw, Zerulo met Columbia’s Bhan Akanksha in the second round. Zerulo took the opening set with a 6-4 victory before Akanksha quickly evened the match with a 6-1 victory of her own. Akanksha took the match in the third set for a 4-6, 6-1, 6-3 win to stop Zerulo’s run in the second round.

WHAT TO LOOK FORWARD TO:
The Razorbacks’ 11th-ranked duo of Lauren Alter and Tatum Rice will take to the court tomorrow to face Iuliia Bryzgalova and Marija Cunic. For more information or scores click  here.