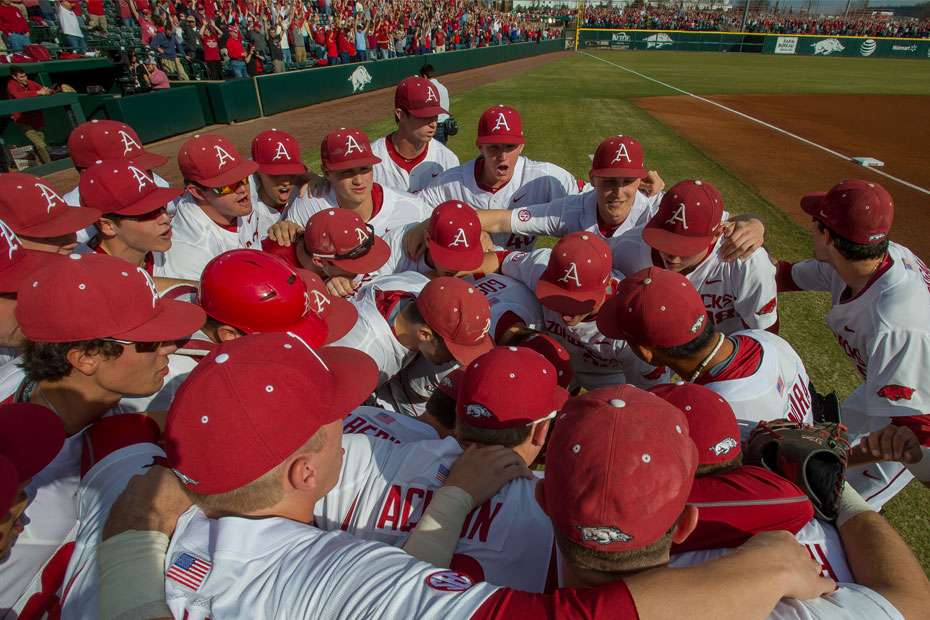 Now in its third full year of covering the Southeastern Conference, the SEC Network will feature the Razorbacks for all 11 games with the potential for more as the season progresses.

This year’s SEC baseball schedule will include five television wildcard selections, allowing the SEC Network the opportunity to determine the best television matchup at a later date.

Nearly 100 SEC baseball games are slated to air across ESPN networks, including 75 on the SEC Network beginning on March 14, 2017, the opening week of conference play. The schedule finishes the year with the SEC Network airing the entirety of the SEC Baseball Tournament, with the championship game on ESPN2.

The first chance fans will have to watch the Razorbacks on network television will be on Friday, March 17, when they open SEC play at home against last year’s SEC regular-season champion, Mississippi State at 6:30 p.m. The contest is part of the SEC Network’s four-hour Bases Loaded special. The show will feature a live compilation of seven games – all 14 teams – taking place that evening across the conference. Every Bases Loaded game will also be available in its entirety, streaming live via SEC Network+ on Watch ESPN and the ESPN app.

Along with the opening night of conference play, SEC Network will remain in Fayetteville to televise the second game of Arkansas’ three game series with the Bulldogs on Saturday, March 18 at 7 p.m.

After the Mississippi State weekend, the only other home televised matchup will be when Arkansas hosts division-rival Ole Miss for a Thursday-Saturday series. SEC Network will broadcast both the Thursday and Friday night games live from Baum Stadium. First pitch for both games is scheduled for 6 p.m.

Seven road games will be shown on the SEC Network throughout the season, including games at Missouri, Alabama, Auburn, Tennessee, and Texas A&M.

The SEC Network+ schedule for the rest of Arkansas’ games is still being finalized and will be announced at a later date.

The 2017 Razorback baseball team will begin its season against Miami (Ohio) with a three-game series on Feb. 17. Season tickets, mini-plans and single-game tickets are available at ArkansasRazorbacks.com or by calling the Razorback Ticket Office at 1-800-982-HOGS.