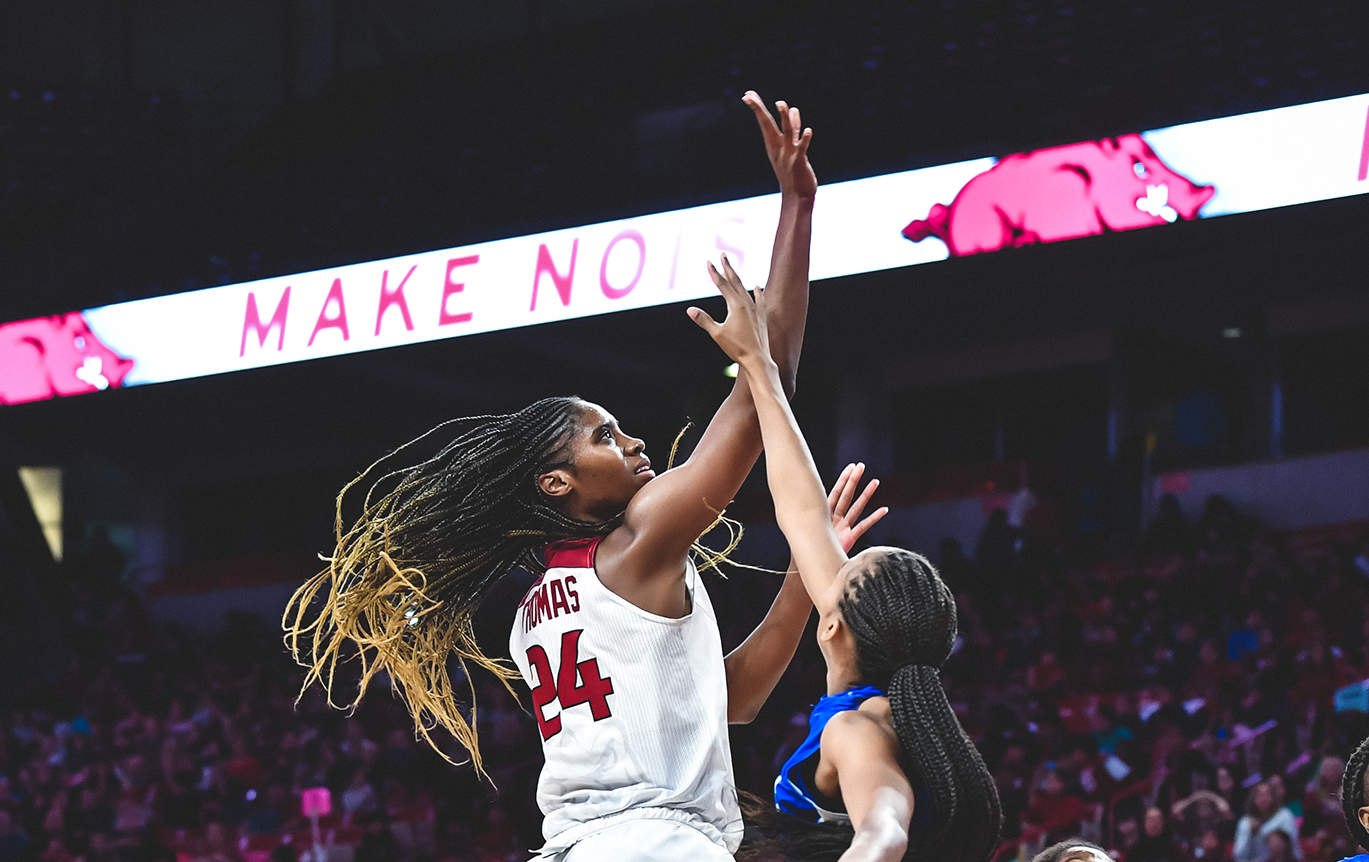 No. 22 Razorbacks Open Season With 82-52 Win Over New Orleans

FAYETTEVILLE, Ark. – No. 22 Arkansas Women’s Basketball opened its season with an 82-52 win over New Orleans on Friday morning. The Hogs secured their first win of the 2019-20 campaign in front of 6,801 fans, which ranks as the 22nd biggest crowd to ever watch a women’s hoops game at Bud Walton Arena.

Junior forward Taylah Thomas was dominant against New Orleans, pulling down 21 rebounds (14 defensive and 7 offensive), just one board shy of the Arkansas all-time record (22, Shelly Wallace, vs. SMU, 2/13/88). It was also nine more rebounds than Thomas’ previous high of 12 (11/25/18).

Arkansas got off to a hot start, opening the first period on a 15-2 run. Dungee, Ramirez and Thomas got to work early, as the trio combined for 17 of the Hogs’ first 19 points. Ramirez was especially good in the early going, scoring nine points, all of which came from beyond the arc, during her first quarter as a Hog.

Head Coach Mike Neighbors’ squad would create separation by the end of the quarter, as they led 26-12 after one.

Arkansas returns to Bud Walton on Monday night, as the Hogs are set to take on McNeese State. Tip-off is set for 7 p.m. and the game will be stremable on SECN+.