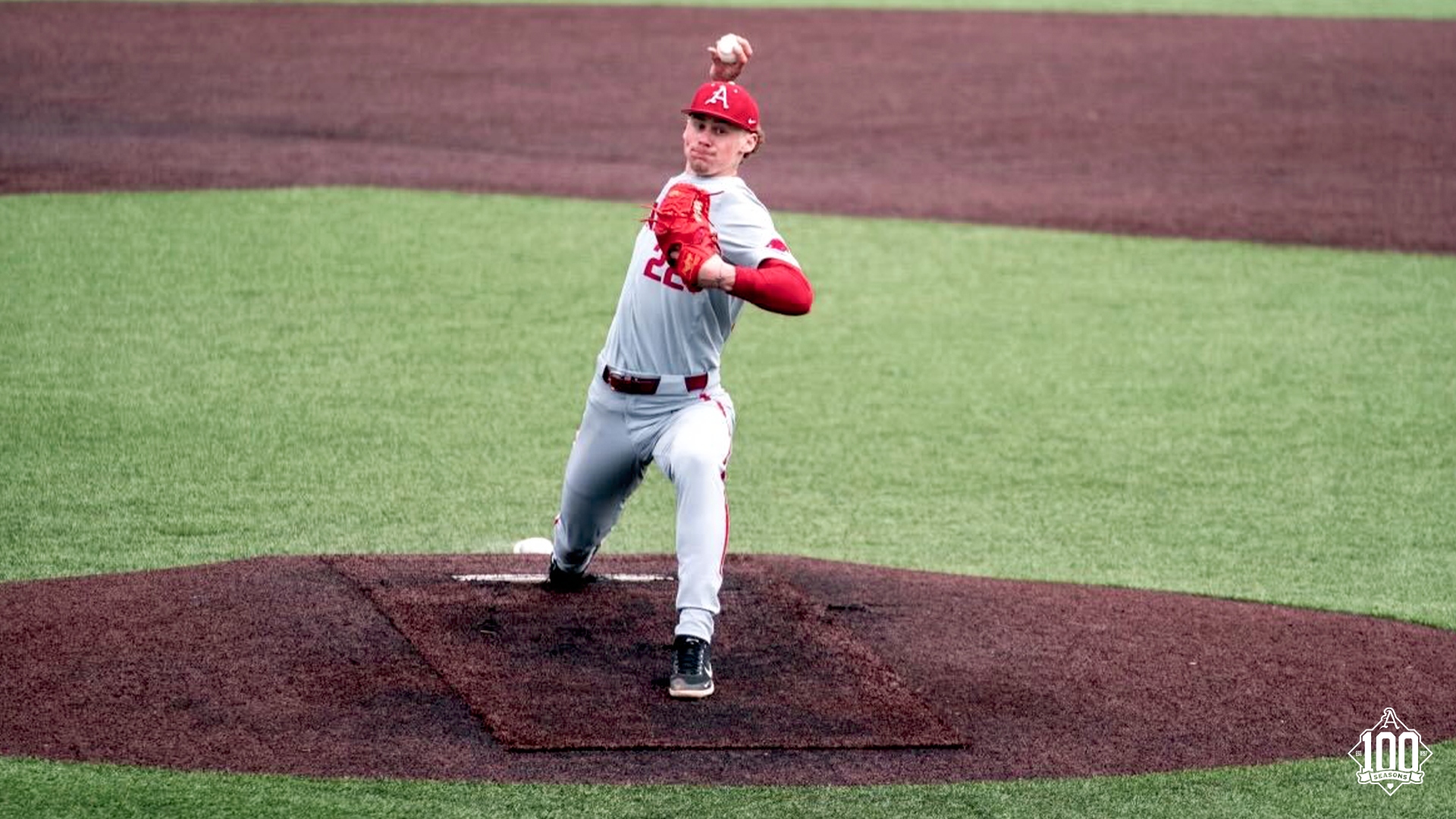 COLUMBIA, Mo. – The Razorbacks are leaving Missouri with a series win.

Wiggins battled adversity early in the ballgame as Mizzou tagged him for a couple of runs in the bottom of the second and opened a 2-0 lead. The hard-throwing right-hander would settle down after that, firing a career-long 7 1/3 innings and matching his career high with eight strikeouts.

The Razorback offense broke through in the fourth, tying the game at two apiece on Jalen Battles’ RBI single and Zack Gregory’s bases-loaded walk. Arkansas and Mizzou exchanged zeroes for the next few innings until an eventual top of the seventh.

Michael Turner’s run-scoring infield single started the outburst as the Hogs scored four in the frame to open a 6-2 lead. Braydon Webb’s two-RBI double down the left field line was the biggest blow and, ultimately, proved to be the game-winning hit.

Mizzou scored a pair of runs in the bottom of the eighth to knock Wiggins out of the ballgame, but Brady Tygart emerged from the bullpen and was electric as ever. The true freshman locked down the final 1 2/3 innings, striking out two to secure his fourth save of the year and the Hogs’ 6-4 win.

Arkansas has a busy week at home ahead with five games on its schedule. The Razorbacks host Little Rock for a pair of midweek contests on Tuesday, March 29, and Wednesday, March 30, before turning their attention to Mississippi State for a three-game set on April 1-3.