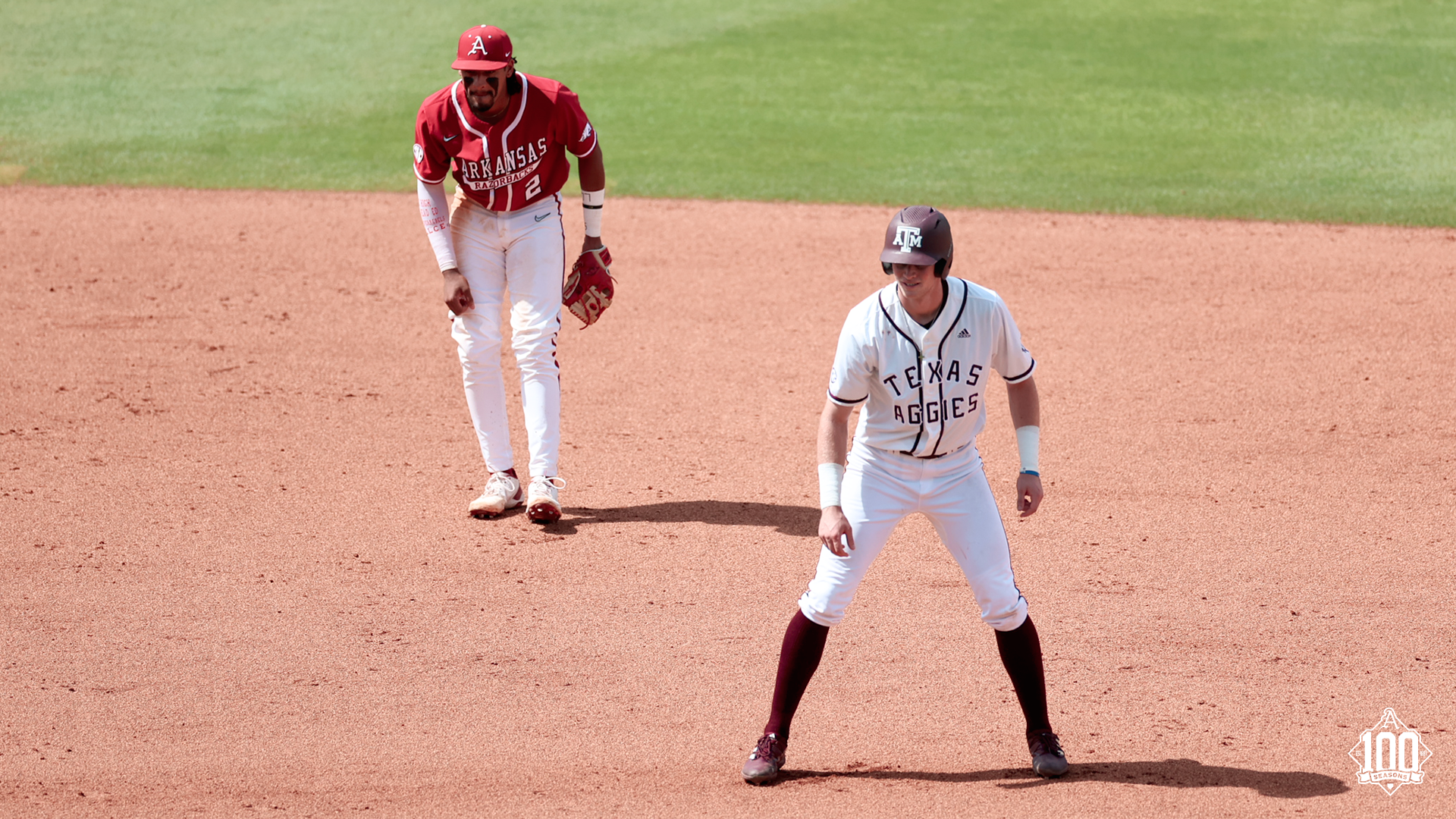 The Razorbacks evened the series at one game apiece with Saturday’s victory. Arkansas, winners of 14 of its last 15 overall SEC series, go for the road series win in tomorrow’s rubber game.

After struggling to find offense in yesterday’s series-opening loss, Arkansas scored a run in each of the first three innings on Saturday. Slavens jacked his first of two homers with one out in the top of the first to give the Hogs an early 1-0 lead.

Chris Lanzilli led off the second with a double and came around to score on a wild pitch, extending Arkansas’ advantage to two. The lead continued to grow in the very next inning when Slavens stepped up to the plate and blasted a leadoff home run to make it a 3-0 ballgame.

Slavens now has a team-leading 10 home runs on the year to go along with his team-best 42 runs batted in. The Olathe, Kan., native also drew a pair of walks in Saturday’s game and is now slashing .282/.349/.611 for the season.

Arkansas starter Hagen Smith lasted three innings before giving way to the bullpen. The true freshman left-hander had trouble with his control and walked a career-high five but managed to limit the Aggies to just one run on the afternoon.

Morris emerged from the bullpen and gave the Hogs exactly what they needed. The left-hander tossed three scoreless innings in relief of Smith, fanning one while allowing just one hit and a walk.

Zebulon Vermillion (0.1 IP) and Evan Taylor (1.2 IP) also made appearances in middle relief, combing for two scoreless innings. Taylor, the third Arkansas left-hander to throw, was sharp for the second day in a row as he struck out a pair.

The final three outs came down to true freshman Brady Tygart. The Razorback closer was unfazed by a hostile Texas A&M crowd, striking out one in a scoreless frame to lock down the 3-1 win and earn his sixth save of the season.

Will Johnson (play-by-play) and Boomer White (analyst) will have the call in Sunday’s rubber game, which gets going at 1 p.m. on SEC Network+.