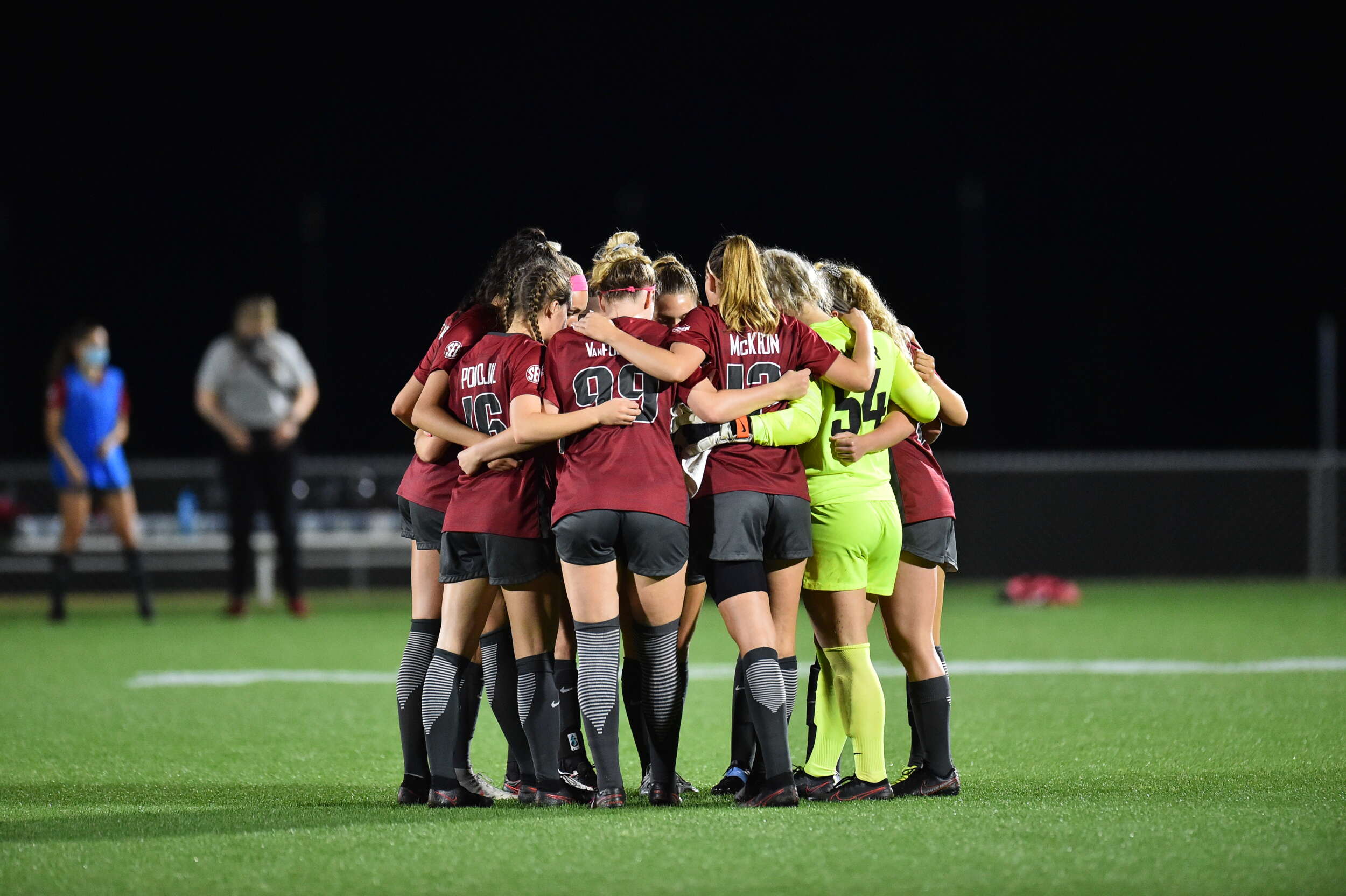 CARY, N.C. – Razorback Soccer fell on Wednesday night against Santa Clara, 2-0, in what was Arkansas’ second trip to the Sweet 16 all-time. The Hogs were looking for the first quarterfinal appearance in school history.

Arkansas tallied six shots on the night and put three of them on frame. Razorback ‘keeper Hannah Warner made a season-high five saves.

>> Santa Clara got on the board with a headed goal from Izzy D’Aquila in the 28th-minute.

>> At the 73-minute mark the Broncos made it 2-0 after converting off another cross from the right flank. Skylar Smith put the one-timer away off the assist from Julie Doyle.

>> Razorback ‘keeper Hannah Warner had two saves through the opening 20 minutes to keep the match scoreless.

>> Eight minutes later the Broncos would notch the first goal of the match off a header.

>> Parker Goins got the first quality look for the Razorbacks with a long-distance shot at the 43-minute mark.

>> Kiley Dulaney got past a couple of Broncos defenders down the right side and put a ball across the face of the goal. However, the Razorbacks weren’t able to get off a clean shot in the 58th-minute.

>> Santa Clara got the insurance goal a little over midway through the second half. The Broncos defense was able to hold out to secure the 2-0 victory.