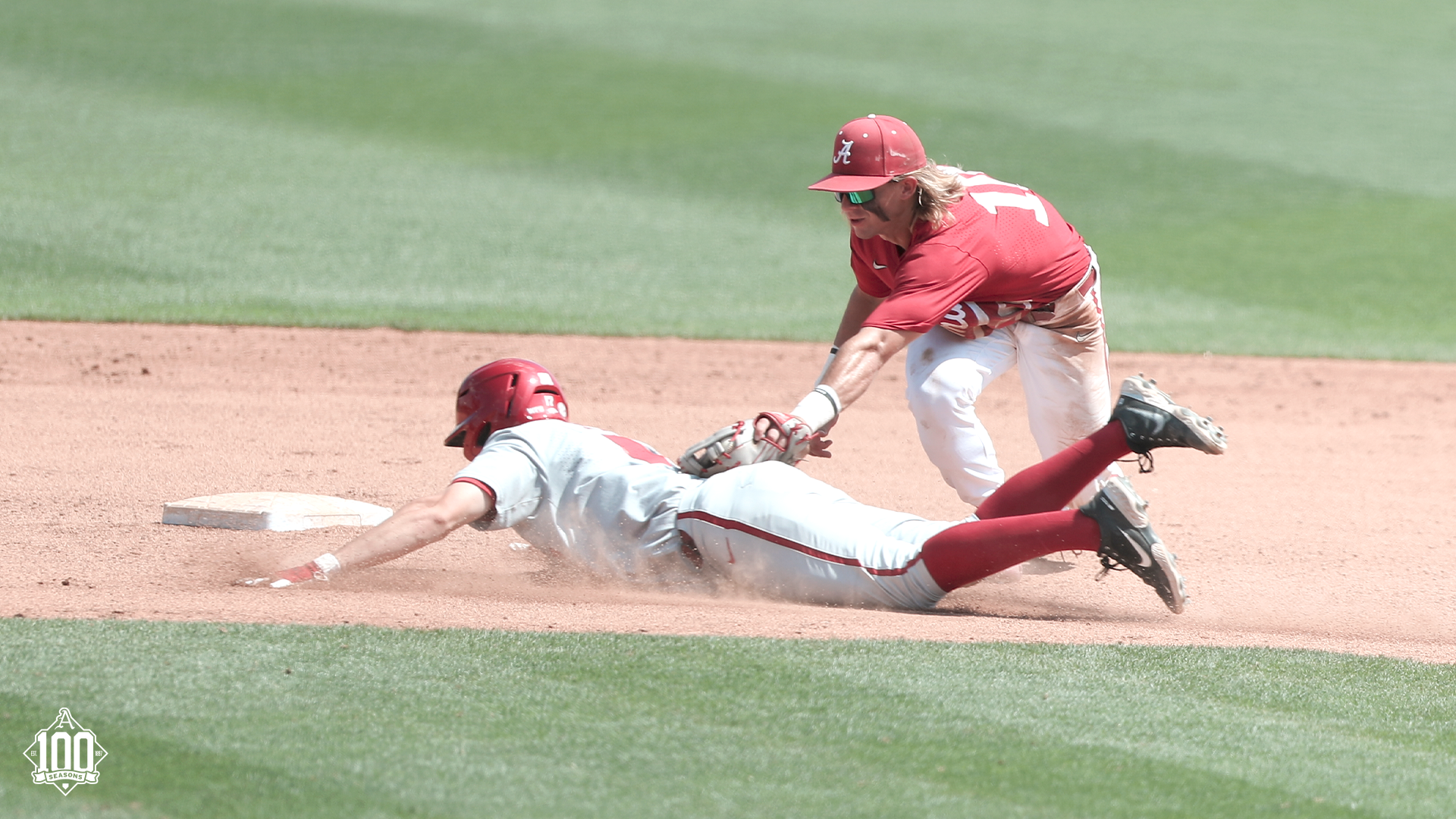 #7 Arkansas Beat Up in Season Finale at Alabama

With the setback, Arkansas finishes second in the SEC West behind No. 6 Texas A&M (35-17, 19-11 SEC). It is the first time since 2017 that the Razorbacks have not won at least a share of the division title.

Arkansas jumped out to an early lead in the top of the first with a pair of runs on back-to-back singles by Chris Lanzilli and Jalen Battles. Entering Saturday’s ballgame, the Hogs had been 14-0 this season when scoring in the first inning.

The two-run advantage, however, would quickly disappear as Alabama pounded the Razorback pitching staff for six runs in the second, one in the third, six in the fourth and five more in the fifth. The Crimson Tide totaled 18 runs in the span of four innings to completely take control of the game.

The Razorbacks collected 11 hits on the afternoon, including homers from Cayden Wallace and Braydon Webb in the fourth and sixth inning, respectively. Wallace’s solo shot was his 10th of the season, while Webb’s two-run blast tied him with Brady Slavens for the team lead in home runs (13) this year.

Arkansas will be the No. 3 seed at the 2022 SEC Baseball Tournament in Hoover, Ala. The Razorbacks open play at 9:30 a.m. Wednesday, June 1, at The Hoover Met against an opponent to be determined following the conclusion of today’s conference games.