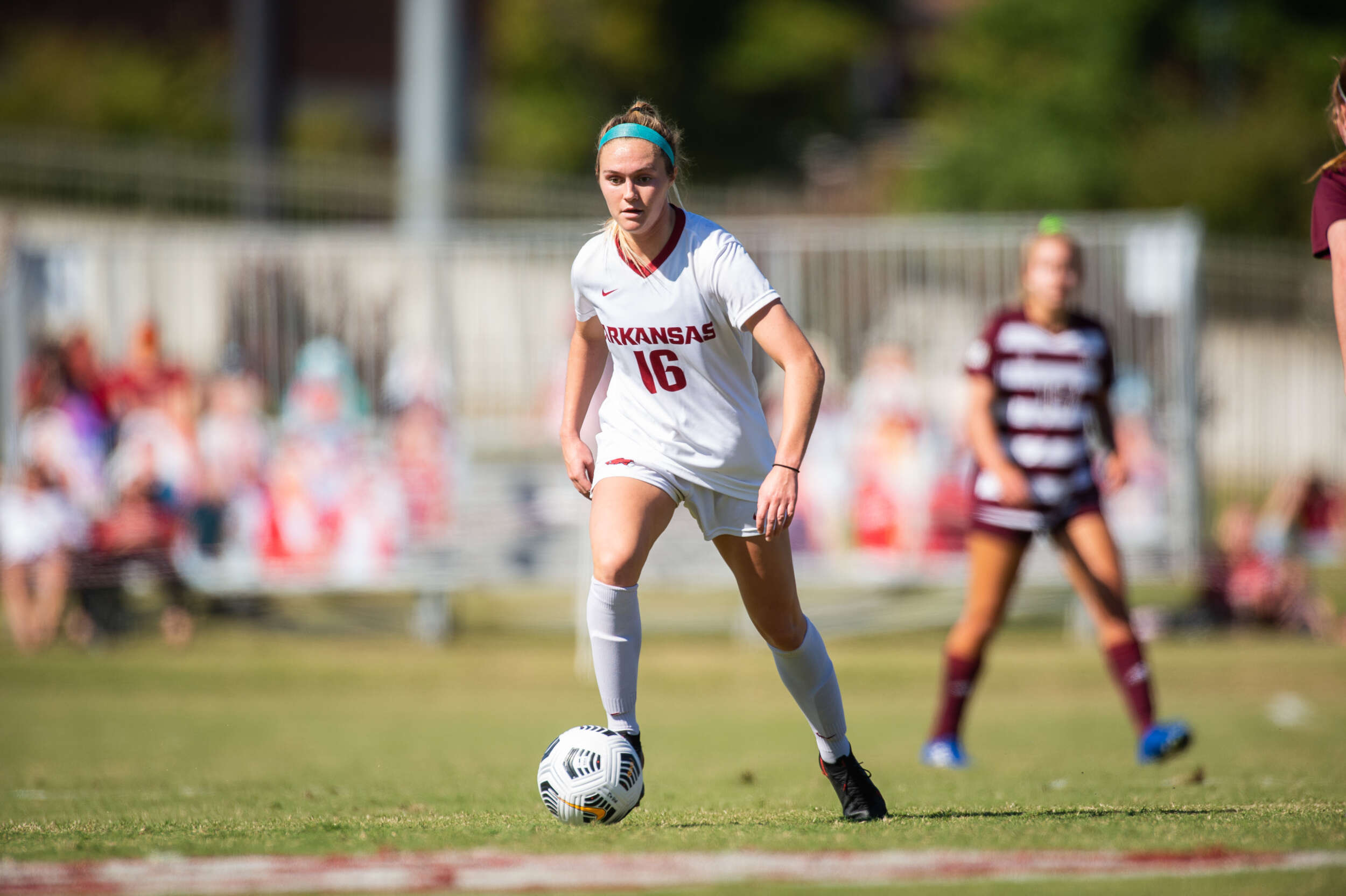 After being named the first SEC Freshman of the Year in 2019 in school history, Podojil became the program’s first SEC Forward of the Year in the fall and was named First Team All-SEC for the second consecutive season. She was named the United Soccer Coaches and TopDrawerSoccer.com National POTW on September 29th and the SEC Offensive Player of the Week on Sept. 28th. The Cincinnati, Ohio native was twice named to the TopDrawerSoccer.com Team of the Week. Her 24 points rank second in the conference, she is tied for fifth nationally with 10 assists, and Podojil’s seven goals are second on the team.

Podojil was joined on the MAC Hermann Watch List released earlier in the spring by Parker Goins and Haley VanFossen. VanFossen was the first Razorback named to the watch list last season.

Podojil is one of 15 student-athletes on the women’s side to be named a semifinalist. Anna and the Razorbacks are back in action tomorrow for a Sweet 16 matchup with Santa Clara at 8 p.m. CT.