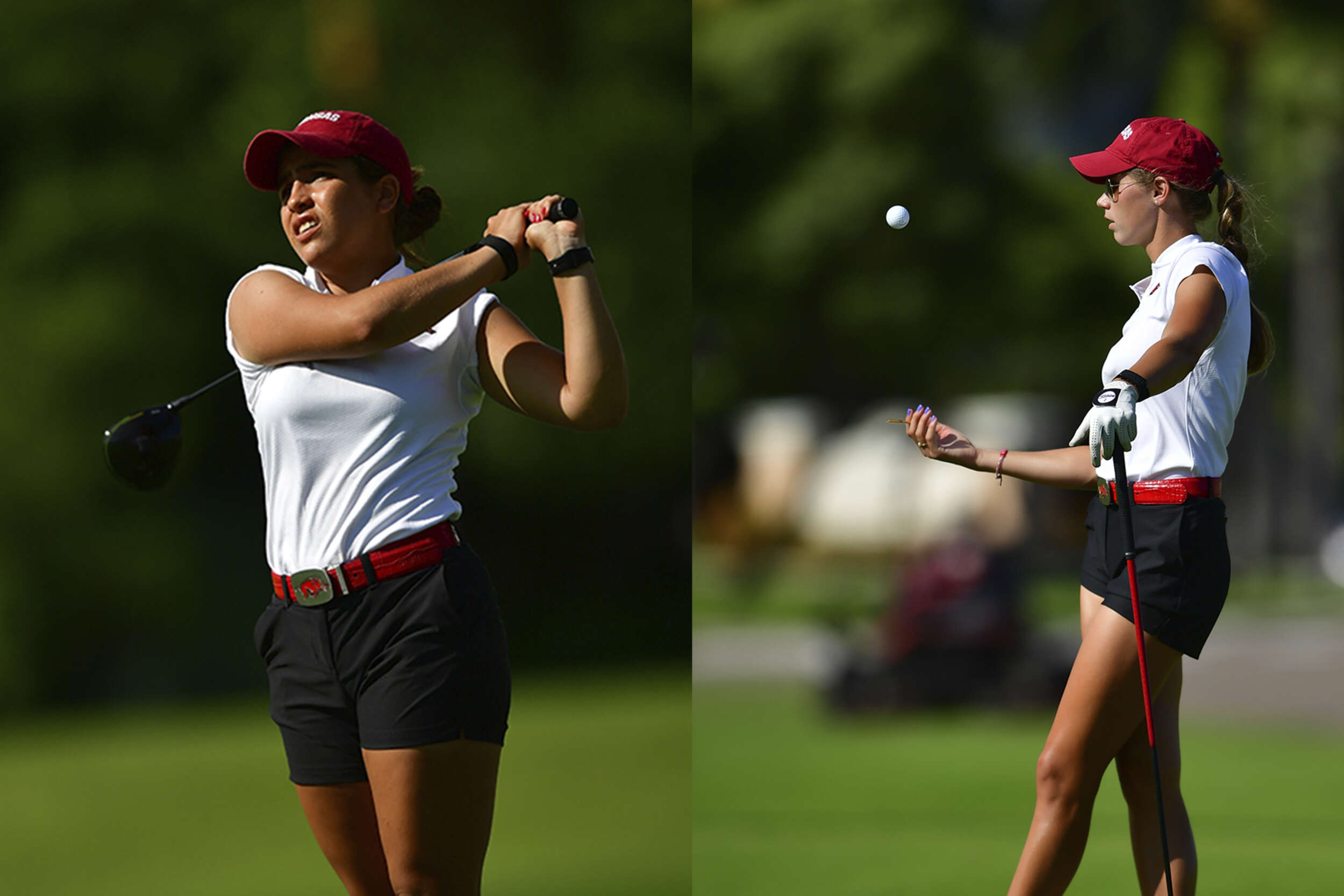 FAYETTEVILLE, Ark. – Freshman Ela Anacona earned a pair of SEC Postseason honors Thursday, as she was named to both the Southeastern Conference’s Second Team as well as being named to the All-Freshman Team. Julia Dean, meanwhile, was named to the Community Service Team.

Anacona came out firing in her freshman campaign, playing in five out of six events for the Razorbacks in her inaugural collegiate season. On several occasions, the Buenos Aires, Argentina, native showed just how good she could be, highlighted by a sixth-place finish at the highly competitive White Sands Invitational. Anacona’s 211 in that event was tied for the best 54-hole event played by a Hog this season, and her top-10 finish at the event was one of four all season for the Hogs.

“Ela was a big piece in our team’s success this season,” Head Coach Shauna Estes-Taylor said. “She has come in as a freshman and made an immediate impact. She is a tireless worker, prepares very well for each event, and is a fierce competitor.  You combine those three items and you have a recipe for success.  For her to be All-SEC and All-Freshman in just five tournaments played, it reveals a glimpse of what she is capable of the next three years.  She is just getting started and I’m thrilled to see her get honored for her great golf.  I know our season ended short, but her consistency on the golf course is proven with these awards.  I’m very proud of Ela and can’t wait to watch her do some more amazing things for Arkansas Women’s Golf.”

The freshman’s consistency was on display during the shortened season as well. Despite her collegiate inexperience, Anacona showed her polish: in four of the five events she played in, Anacona finished in the top-25. Her worst finish of her first season was 27th. Additionally, Anacona’s 72.33 stroke average this season was tied for the best mark on the team, while also being the ninth-best average in program history. For her efforts, Anacona became the eighth All-Freshman Selection for Estes-Taylor, while also extending Estes-Taylor’s streak of coaching an All-SEC player to 10 years.

Dean, meanwhile, became the 12th different Razorback to be named to the SEC’s Community Service Team. Dean racked up 78 hours of community service during the 2019-20 season, making an impact both on her school and her community. She served 28 of those hours on the Student Athlete Advisory Committee, both as a committee member and then on the Executive Board as the Events Chair. Dean also allocated four hours helping plan for National Student-Athlete Day, and spent many hours offering her helping hand at places like the local homeless shelter, the children’s hospital, and the local food bank. Dean also spent parts of her free time reading to children.

“I am so proud that Julia Dean is being recognized for her hard work in not only personally giving back to our community but helping her teammates become engaged as well,” Estes-Taylor said. “She is a member of SAAC and has done an amazing job organizing and contributing in more than just golf.  Julia played a crucial role in helping guide our team to winning back-to-back Lee Spencer Cups which encompasses school, golf, and community engagement. Julia is very deserving of this honor and it speaks to the awesome young woman and teammate she is for our program.”