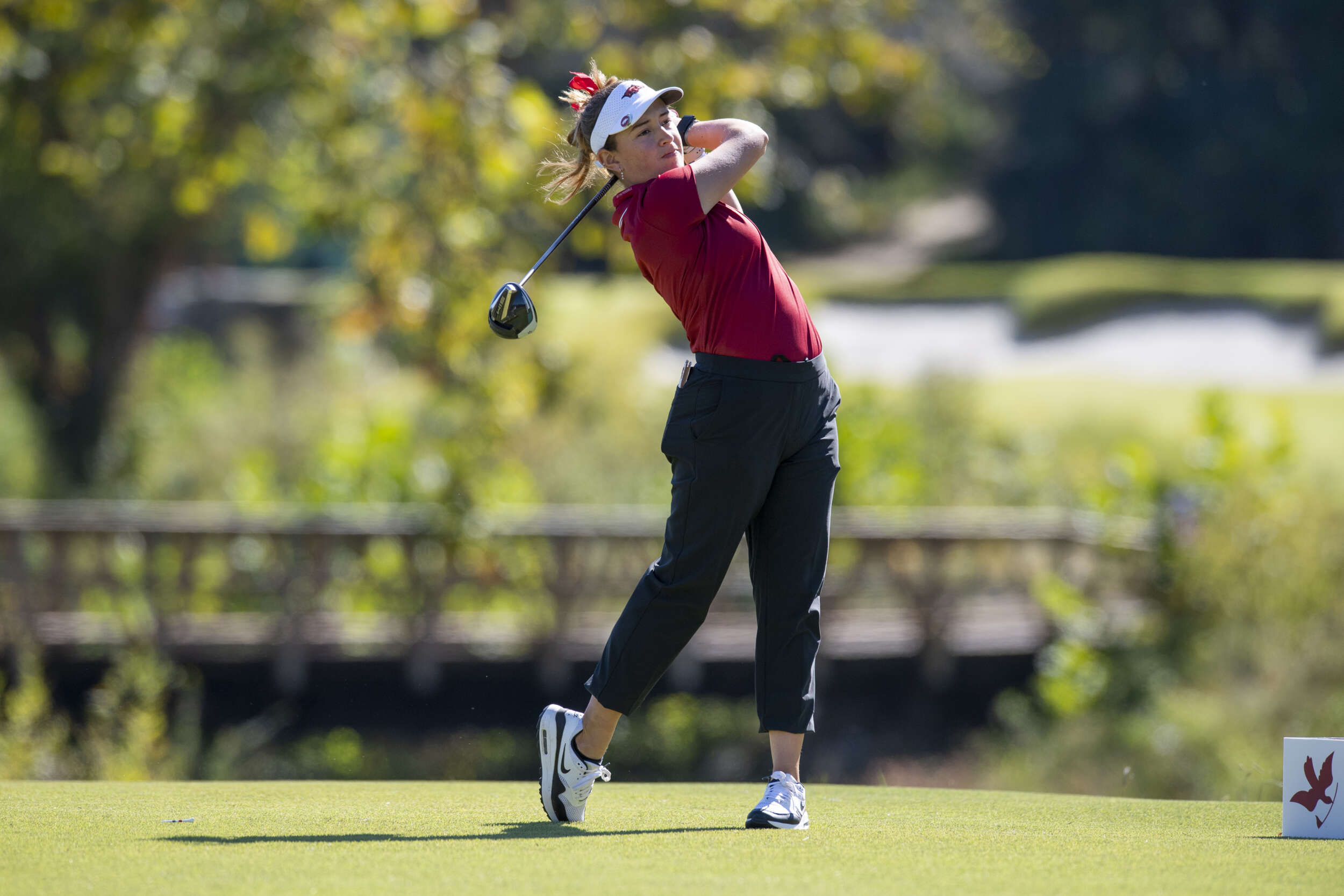 ORLANDO, Fla. – No. 7 Arkansas Women’s Golf leads after day one at the UCF Challenge, as the Hogs shot 15-under in the opening round. Four of Arkansas’ five players were at or below par in the first round, propelling Head Coach Shauna Taylor’s to a three-stroke lead after 18 holes. Kent State is in second at 12-under.

A pair of Hogs sit near the top of the individual leaderboard, as both Ela Anacona and Cory Lopez shot six-under during the first round, giving them each a share of second place. Anacona was great all day, firing seven birdies to just one bogey on the day. Her 66 in the first round was the best round of her young career, and her third career round in the 60s.

Lopez also had a career-best round, matching Anacona’s 66 with one of her own through the first 18. Lopez was a birdie machine in the opening round, firing nine of them, offset by just three bogeys. It was the first round under 70 for the freshman so far in her career.

Freshman Miriam Ayora, who is making her collegiate debut in Orlando, played a great opening round, firing a three-under. That first round score was good enough for a share of sixth place. The freshman finished strong, firing an eagle on 16 and a birdie on 18 to get from even to three-under at the close of the round.

If not for a triple bogey on 15, redshirt senior Brooke Matthews also would’ve been near the top of the leaderboard. She fired four birdies on the day, and one bogey. Matthews finished the round at even par.

Kajal Mistry rounded out the Hog lineup, as she shot a three-over for the round, good for 62nd place.