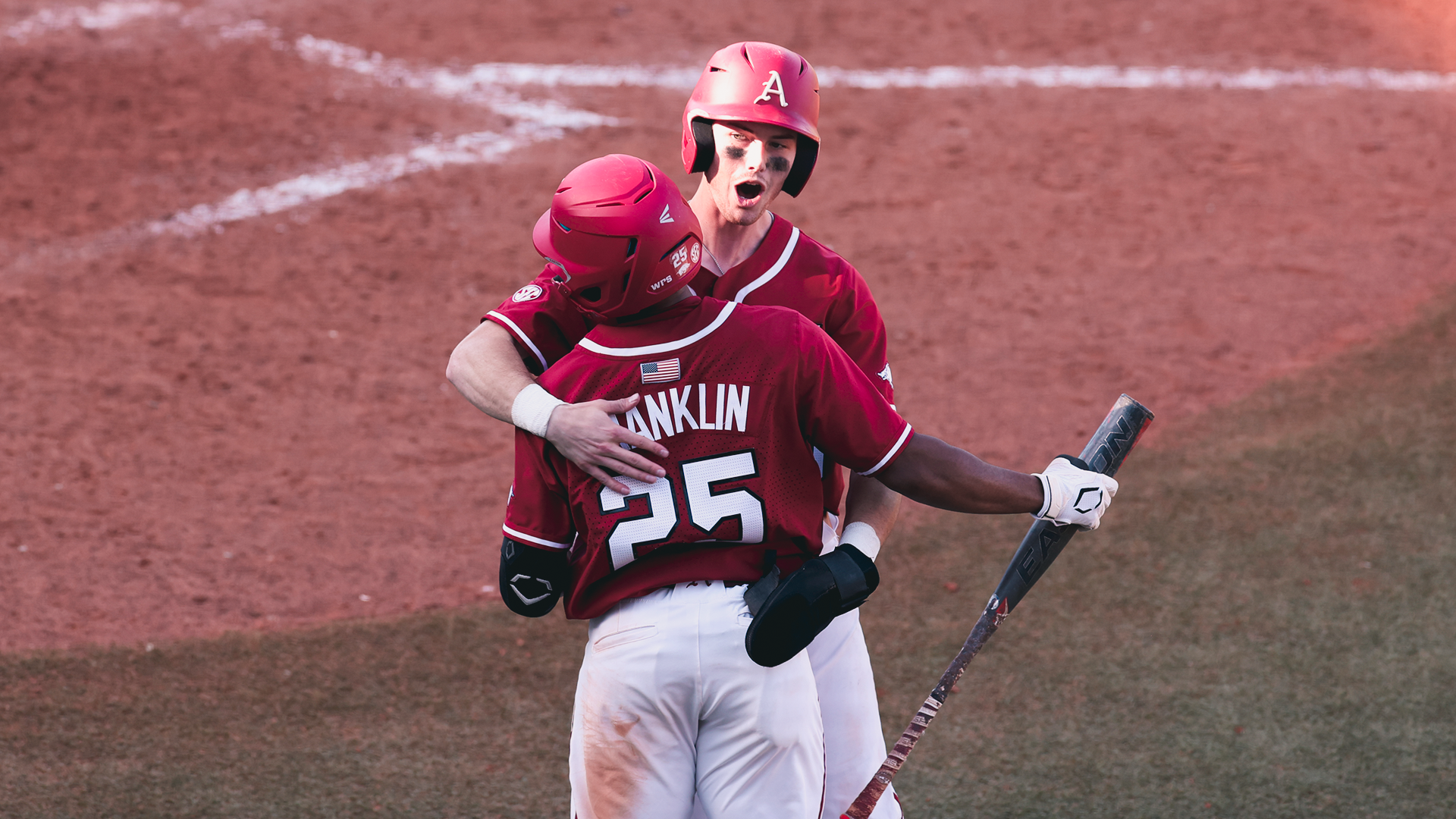 OXFORD, Miss. – As of this moment, the SEC West belongs to the Razorbacks.

Arkansas stormed through Ole Miss in Sunday’s series finale, jumping out to an 11-run lead and outlasting the Rebels in an 18-14 win at Swayze Field. With the series-clinching victory, the Hogs improve to 26-5 overall on the year, including a 9-3 mark in conference play, and take sole ownership of first place in the division.

There was no shortage of offense from the start as the Razorbacks put up five runs in the second inning. The early onslaught was powered by Cullen Smith and Braydon Webb, who launched a three-run and a two-run homer, respectively, to give Arkansas an early lead.

The Hogs added to their 5-0 advantage in the very next inning, scoring six more runs to open an 11-0 edge. Jalen Battles, Robert Moore and Matt Goodheart each collected an RBI in the frame before Cayden Wallace swatted his eighth home run of the year.

Wallace’s two-out bomb drove in three runs, giving Arkansas a double-digit lead in the top of the third.

A seemingly certain blowout win turned in a different direction in the bottom half of the frame. Ole Miss scored five in the third and tacked on one more in the fifth to close the gap to six.

Arkansas added three more in the top of the sixth and extended its lead to 14-6. Battles, Moore and Goodheart each collected additional RBI in the three-run inning.

Swayze Field was rejuvenated headed into the top of the eighth inning, but Arkansas quickly put an end to the crowd’s newly found hope. The Razorbacks scored three in the top half of the frame, getting two runs on Brady Slavens’ double to right center before Christian Franklin brought him home with a single to right center.

Jacob Nesbit then scored on a fielding error in the top of the ninth, giving Arkansas an 18-14 lead that held up for good.

By then, the ballgame was in Kevin Kopps’ hands. The righty, who tossed the final three innings, recorded the last three outs via strikeout to claim his fifth win of the season.

Kopps struck out five, allowing one run on four hits and a walk in his relief appearance. For the series, the Sugar Land, Texas, native struck out nine in six innings of work.