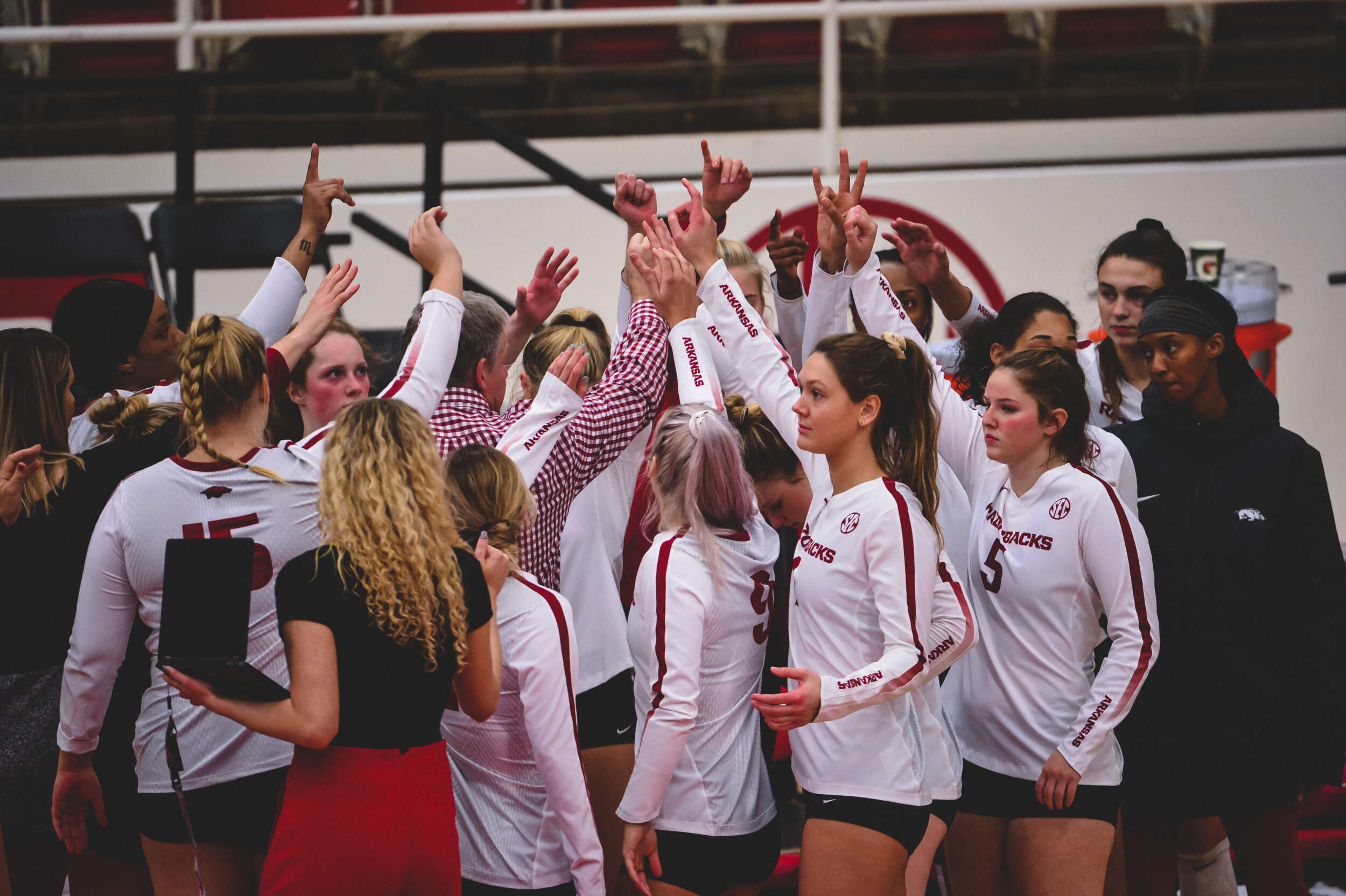 Arkansas Falls to No.15 Gators in Gainesville

GAINESVILLE – The University of Arkansas volleyball team dropped a tough road match at no.15 Florida on Thanksgiving Eve. The Razorbacks had 21 more attacks at the net than the Gators but Florida out-blocked Arkansas 13-5 en route to its three-set win.

HOW IT HAPPENED
Trailing 2-0, Arkansas battled to take six of the final eight points, but the rally was sparked a little too late in the third set and the Razorbacks dropped the final set to ranked Florida, 25-16.

Leading by as many as five early in the opener, Arkansas seemed to have all the momentum on their side. With the Hogs ahead 14-10, Florida took advantage of a Razorback attack error to ignite a 15-3 scoring run to take the first set, 25-17.

Arkansas kept the second set much closer and at the media timeout midway through the set, trailed by just two (15-13). The Razorbacks continued to chip away at Florida’s lead but couldn’t overcome the deficit and dropped the second set, 25-21.

UP NEXT
The Hogs will have a short turn-around as they travel to Columbia, S.C. for the final match of the season on Friday. The Razorbacks and Gamecocks (18-10, 10-6) are slated for a 6 p.m. (CT) start.