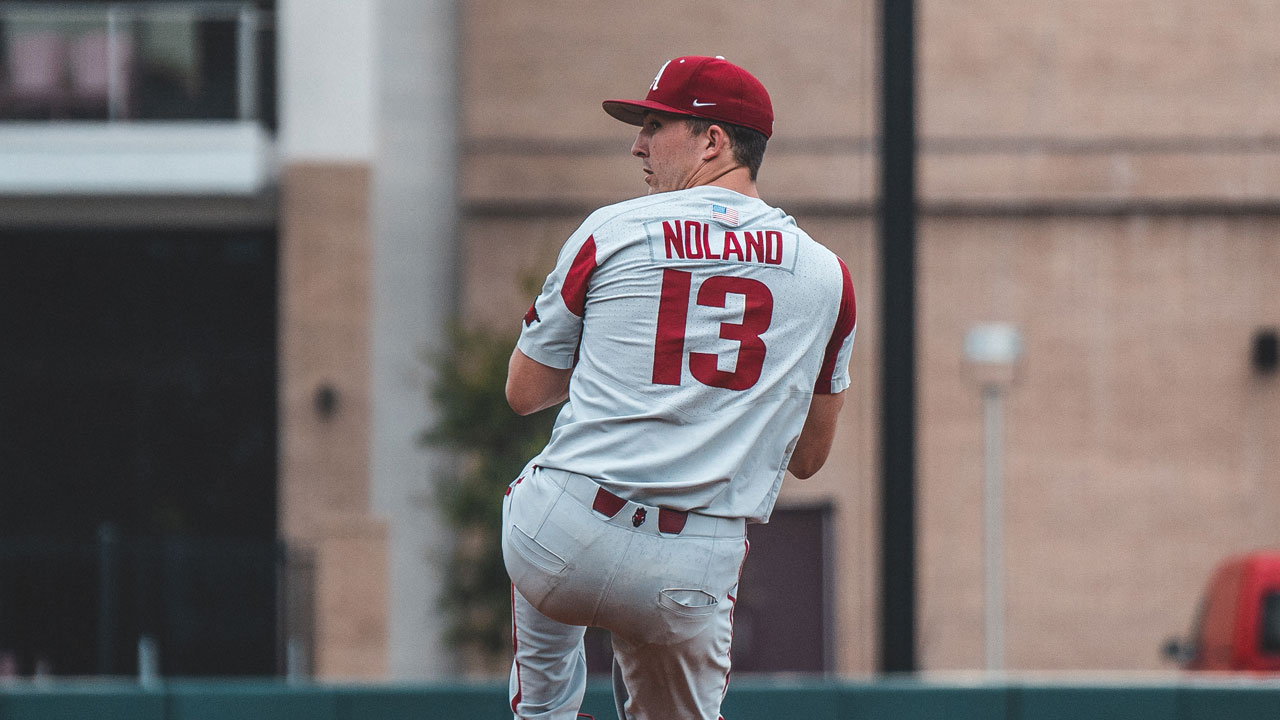 COLLEGE STATION, Texas – A first-inning solo home run from sophomore Casey Martin was not enough for the fourth-ranked Arkansas Razorbacks Saturday as they dropped their third of their last four games, falling to 17th-ranked Texas A&M, 6-1, in the final game of the regular season.

Arkansas completes the 55-game regular-season schedule with a 40-15 overall record and a 20-10 record in SEC play. It’s the first time its won 40 or more games in the regular season since 2010 and the fastest its won 40 games since 1989. The 20 conference wins remain only the second instance in school history that the Razorbacks have won 20 or more games in league play and first under head coach Dave Van Horn.

The Razorbacks won 11 three-game series this season, seven in SEC play, including three sweeps. They also won four of their final five conference series, which includes sweeps over current No. 5 Mississippi State and Tennessee.

Martin’s solo blast off Aggie starter Christian Roa was one of just five hits in the game for the Razorbacks. It was Martin’s team-leading 14th home run of the year, one more than his total from his freshman season. It was also his third home run of the series, but only his third RBI as all three of his long balls this weekend were solo home runs.

Arkansas struggled as a team with runners in scoring position for the second-straight day. Including a fourth-inning bases-loaded situation where the Hogs were unable to score with a 1-0 lead, the Razorbacks left seven runners on base in the game and only one reached base in its last 17 at-bats.

Martin finished the game 2-for-4 as he had a single in the fifth to go along with his first-inning home run. That single made him the last Razorback to reach base in the game, but he now has 23 multi-hit games this year, tying him with Dominic Fletcher for the team lead.

Matt Goodheart and Jack Kenley were the only other Hog batters to garner a hit in Saturday’s game as the strikeout bug struck again to the tune of 11 punch outs as a team.

On the mound, freshman Connor Noland had one of his most efficient outings this year, working 4.1 innings with just five hits scattered, three strikeouts and only one earned run. Noland only threw 45 pitches, but the defense behind him suffered a season-high four errors, matching its total from a 17-7 loss to Little Rock back in April.

Cody Scroggins, Kevin Kopps and Zebulon Vermillion followed Noland out of the bullpen and did a tremendous job holding A&M to only four hits over the final 3.2 innings, but again, two unearned runs were scored off Scroggins during the sixth and seventh innings due to errors and helped the Aggies push their lead to 6-1.