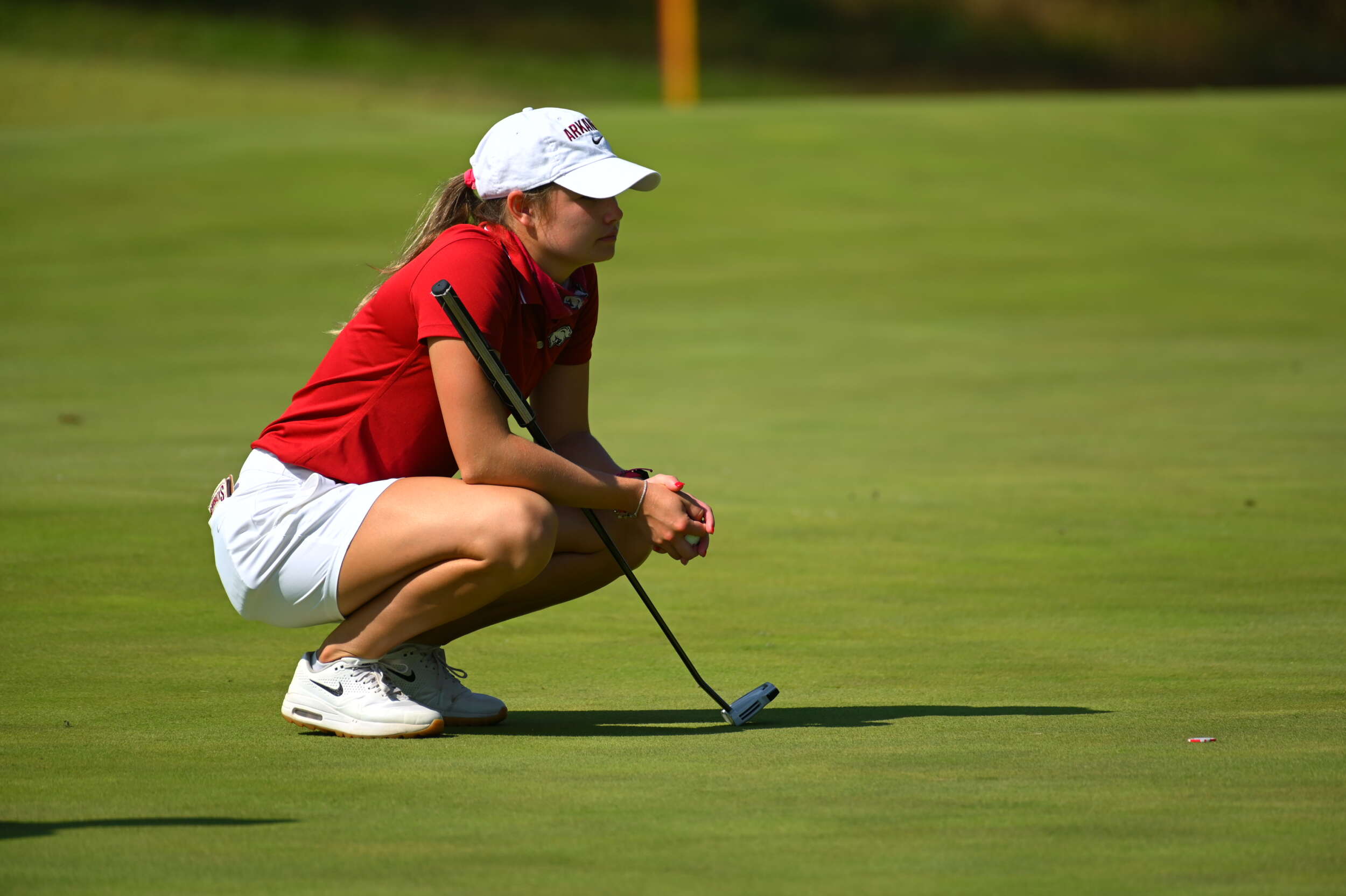 ATHENS, Ga. – Arkansas Women’s Golf wrapped up its fall season on Sunday afternoon, tying for eighth at the Liz Murphey Fall Collegiate Classic (885, +21). Auburn (864, E) narrowly won the event, holding on to edge Tennessee, who was five-under as a team during the final round, by a stroke. Arkansas shot a 291 during the final round, a low for the tournament.

Redshirt junior Brooke Matthews saved her best for last at the Liz, playing a one-under 71 on day three. It was the sixth round this season played under par for Matthews, and it was good enough to vault her into a tie for 11th. Matthews’ 2020-21 fall season has been one to remember, as the redshirt junior has now registered a win at the Blessings Collegiate Invitational, a runner-up finish at The Ally and a top-11 finish at the Liz Murphey Fall Collegiate Classic.

Following Matthews was Kajal Mistry, who would’ve matched Matthews’ 11th place finish if not for a double-bogey on the final hole of the event. Still, Mistry played her best golf of the fall season at the Liz, finishing the event at three-over, good for a share of 13th place. It was the second top-15 finish of Mistry’s career so far.

Freshman Cory Lopez finished third for the Hogs at the Liz, firing a one-over 73 during the final round of play. Her 73 was her best round of the tournament, and her third round this season of 73 or better. Her 223 (+7) was good enough to give her a share of 26th place, her second Top-30 finish so far in her young collegiate career.

Sophomore Ela Anacona bounced back on day three as well, matching Lopez’s 73 in the event’s final round. Anacona fired three birdies on the day to four bogeys. She would finish the Liz tied for 38th.