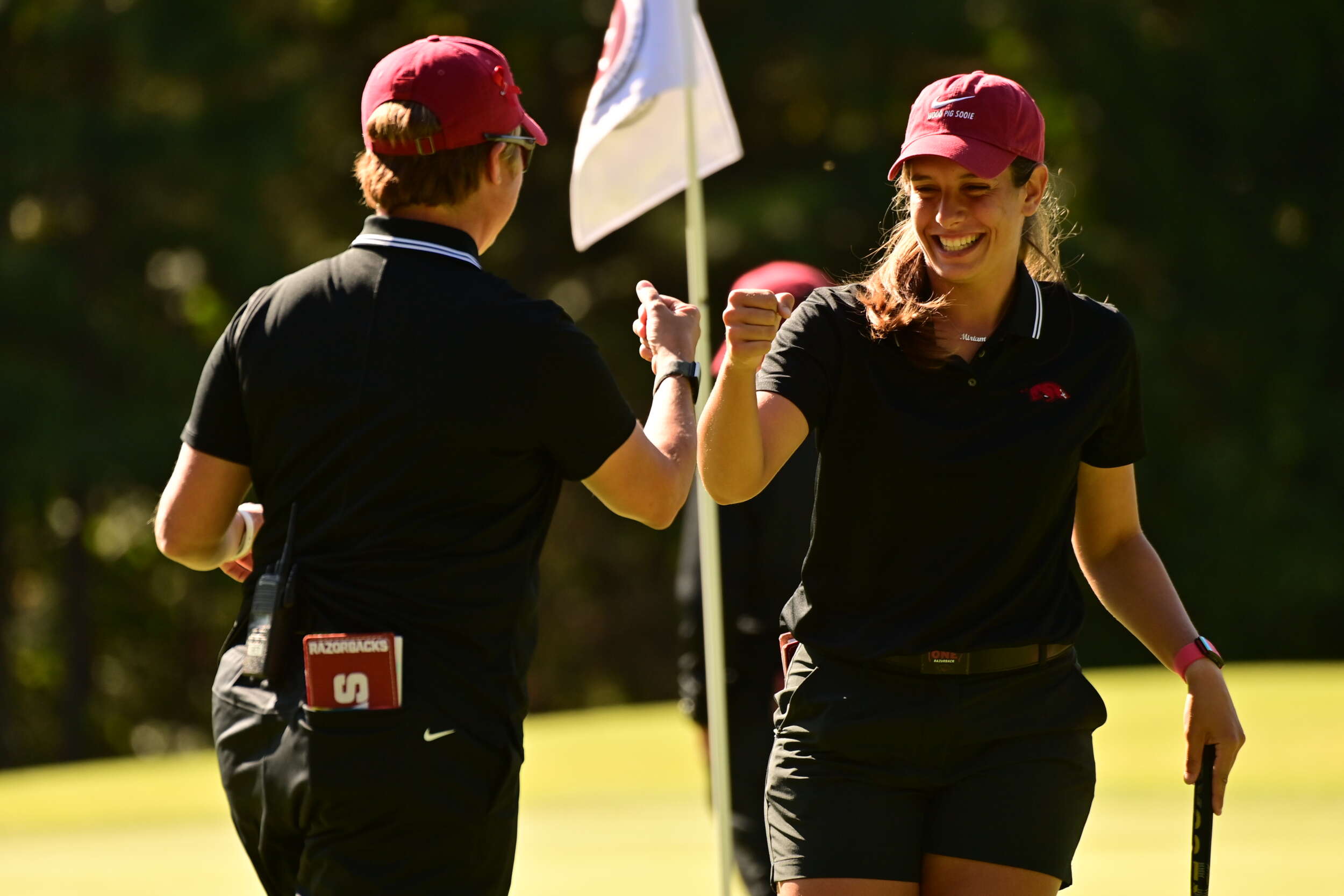 Arkansas Finishes Eighth at The Ally To Close Fall Season

WEST POINT, Miss. – No. 3 Arkansas Women’s Golf wrapped up the fall portion of its schedule Wednesday, as Head Coach Shauna Taylor’s Hogs (287-299-289—875) finished eighth at The Ally. No. 14 Alabama swept the event – as a team, the Tide ran away with the team title, finishing at 22-under. Benedetta Moresco of Alabama played a marvelous tournament to claim the individual title, finishing the event at 19-under.

Junior Julia Gregg led the charge for the Hogs’ counting scorers, finishing tied for 15th after shooting a 215 (-1) over the three day event. The event helped put a bow on what was a wonderful fall season for Gregg, who has yet to finish outside the top-20 during the new season. Gregg finished the tournament with a 73, firing three birdies against four bogeys on the final day of play.

Fellow junior Kajal Mistry rallied to move up the leaderboard, firing a 72 in the final round to finished tied for 18th (217,+1). Like Gregg, Mistry has been great and consistent to start the 2021-22 season off, putting forth top-20 showings in all four of the events the Hogs have played in thus far. She finished The Ally off with an even round of 72, carding four birdies and four bogeys on the day.

Notching a 32nd place finish was Cory Lopez, who finished the fourth event of the fall season at five-over. After back-to-back top-five finishes to start off her sophomore season, Lopez finished the event as the third counting scorer for Arkansas. The sophomore carded a 73 on the final day – Lopez was two under after 14 holes, but fired three consecutive bogeys on 15, 16 and 17.

Brooke Matthews got back under par in the final round at The Ally, firing a 71 in the last round of the fall season. The redshirt senior fired three birdies on the day, including one on 14 to get under par where she would remain. With the round, Matthews now has seven rounds under par of the nine she has played thus far.

Arkansas once again had the best individual player in the tournament, as well, as Miriam Ayora placed 10th on the individual leaderboard. Ayora was great again on Wednesday, carding a 71, courtesy of the six birdies she played on the day. Ayora’s potential has been on display all fall long – the sophomore has now notched two top-10 finishes in four events played.