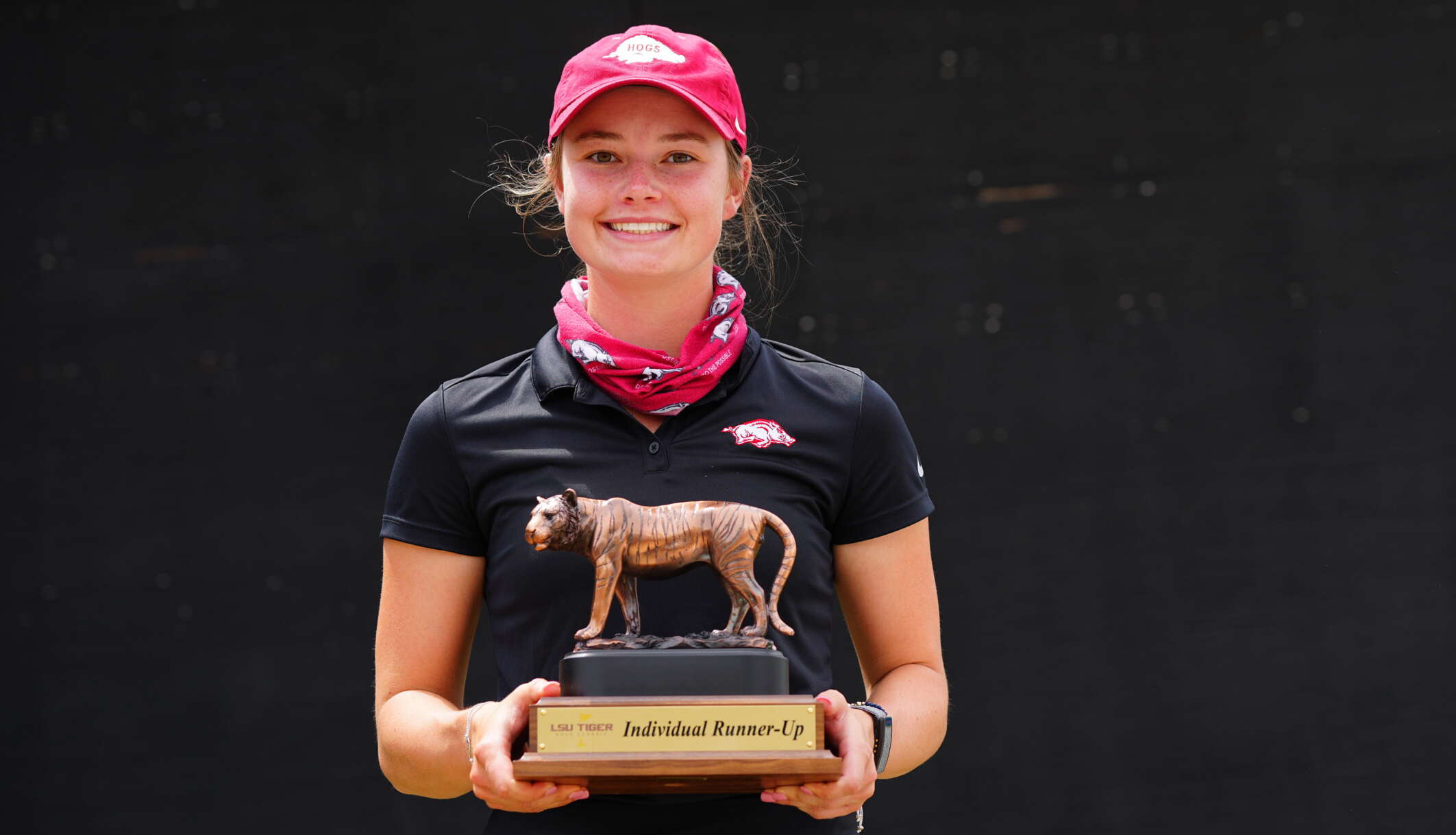 BATON ROUGE, La. – No. 16 Arkansas Women’s Golf recorded its third top-five finish this season Wednesday afternoon, as Head Coach Shauna Taylor’s Hogs finished the LSU Tiger Golf Classic in sole possession of fifth place (292-298-290—880). The Razorbacks, propelled by the runner-up finish of redshirt junior Brooke Matthews, played their best golf in the final round, shooting a two-over 290 as a team, their best round as a group since their first-round 273 at the UCF Challenge. Host LSU ran away from the field, finishing at 12-under as a team, 22 strokes better than second place Ole Miss. Ingrid Lindblad, the reigning SEC Freshman and Player of the Year, won the event at five-under.

For Matthews, she finished off her historic week, which began at the Augusta National Women’s Amateur, with a second-place finish at the Tiger Golf Classic, firing a two-under 214 over three rounds of play. The redshirt junior was fantastic in the final round of the regular season, shooting 70 for the second time in the tournament, highlighted by three birdies and a 100-yard hole-out eagle on the back nine of The University Club course. Matthews concluded her third athletic season at Arkansas with a bang, nabbing her second runner-up finish of the year, while finishing an event under par for the third time during the 2020-21 campaign. Matthews also won the Blessings Collegiate Invitational back in October.

Sophomore Julia Gregg also finished the regular season strong, matching Matthews’ 70 in the final round to grab a share of 10th place at the Tiger Golf Classic. For Gregg, it was the first top-10 finish of her young career, while her 70 played over her final 18 of the regular season matched her career-low score for a single round. Gregg played three birdies to just one bogey in round three.

Finishing third for the Hogs was freshman Cory Lopez, who carded a 74 on day two of the Tiger Golf Classic, giving her a share of 27th place. Lopez was three-over on the front nine, but fought back following the turn, shooting one-under on the back. Lopez finished five of her eight events during her inaugural collegiate season in the top-30.

Rounding out the Razorback lineup were sophomores Kajal Mistry and Ela Anacona, who finished 63rd and 68th, respectively. Miriam Ayora, who played as an individual, tied for 65th.