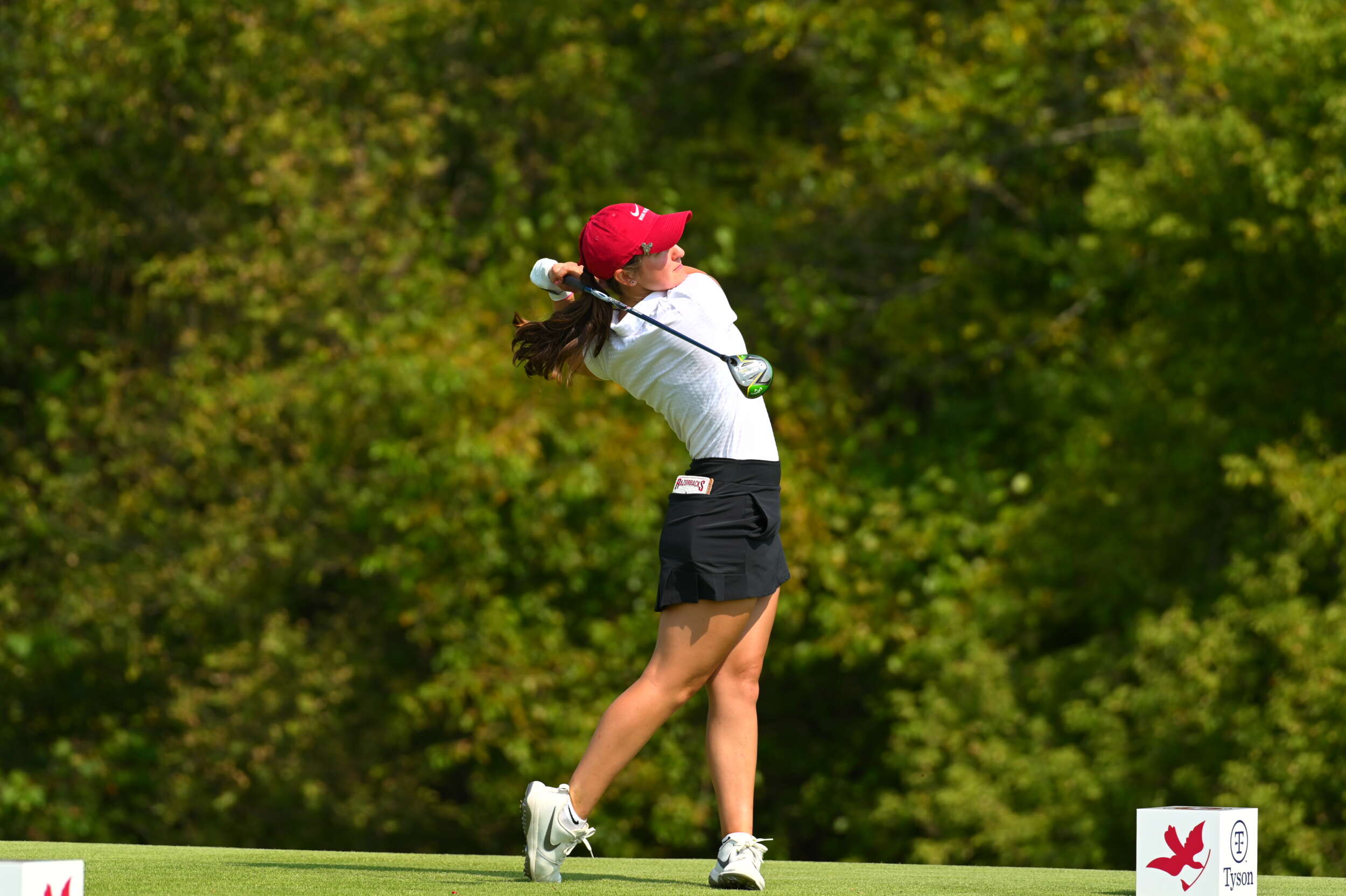 MELBOURNE, Fla. – Arkansas Women’s Golf finished the Moon Golf Invitational tied for seventh, as Shauna Taylor’s Hogs shot a 291 (+3) in the third and final round. The Razorbacks moved down a spot on the last day, as both Auburn and Illinois leapfrogged the Hogs over the final 18 holes. South Carolina won the event at 24-under, while Gamecock Pauline Roussin-Bouchard won the individual medal, firing a 13-under.

Sophomore Julia Gregg led the way for the Hogs in her return to the lineup, as she went two-under in round three to finish the tournament at one-under (215), good for a share of 13th place. It was the first top-15 finish in Gregg’s career, and it is the first time she finished an event under par. Her round of 70 in round three matched her career-best, and was her third such round in her career thus far.

Redshirt junior Brooke Matthews finished second among the traveling Razorbacks, finishing at even par. After climbing the individual leaderboard with a second-round 69, Matthews fired a two-over 74 on day three, sliding down to 22nd place. It was the first event this season that Matthews fired multiple rounds over par, and it was also the first time this season the Rogers, Ark. product finished outside the top-15.

Finishing third for the Hogs was Ela Anacona, who shot even par (72) on day three at the Moon Golf Invitational. Anacona was steady all tournament long, finishing the event at one-over (217), good for a share of 26th place.

Freshman Cory Lopez matched Anacona on the individual leaderboard, also finishing the event at 217 (+1). Like Matthews, Lopez followed up a second round in the 60s (68) with a round above par in round three (75), moving her down the leaderboard. For Lopez, it was her third career finish inside the top-30.

Fellow freshman Miriam Ayora shot a 79 on day three, giving her a share of 79th place.