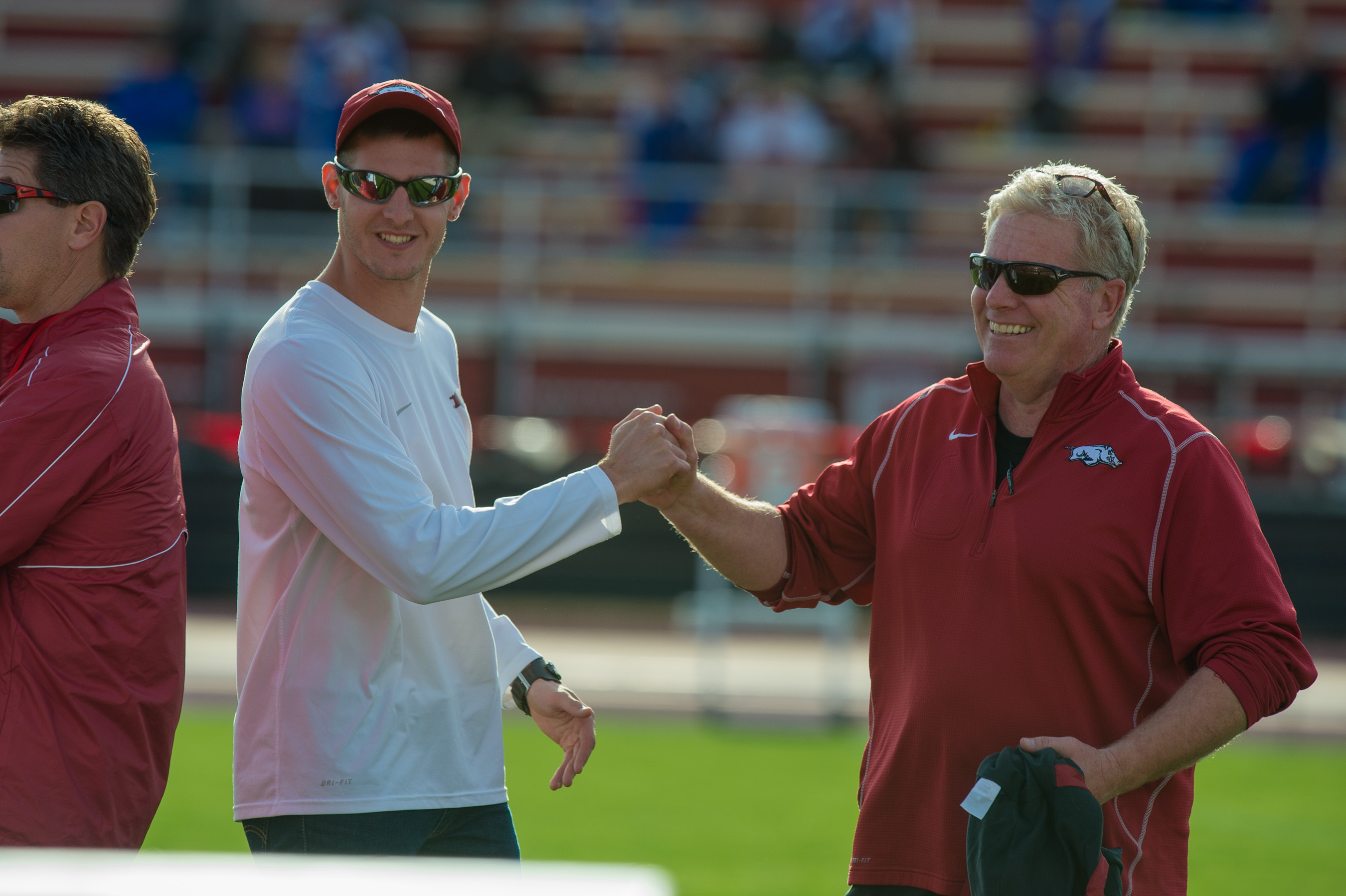 Arkansas Finishes Sixth in USTFCCCA Program of the Year

NEW ORLEANS, La. – Coming off a 15th-place finish at the 2019 NCAA Outdoor Championships in Austin, Texas the Arkansas men’s team finished as the runner-up in the John McDonnell Program of the Year, announced Tuesday by the U.S. Track & Field and Cross Country Coaches Association (USTFCCCA).

The Program of the Year Award, named for Arkansas’ legendary coach John McDonnell, recognizes the team that has the best-combined results across the NCAA cross country and indoor and outdoor track and field seasons with points distributed based on team finish. To be considered for the award, a team must qualify for the NCAA Championships in all three seasons. Upon completion of the outdoor championship, points from each season are added, with the award recipient being the team with the lowest combined total.

Arkansas capped the year with a final total of 54.50-points after 25th in cross country, 13th during the indoor season and 15th during the outdoor season. The Razorbacks are the only team to finish inside the top-10 this season and are only one of five teams (Stanford, Oregon, Wisconsin, BYU) to finish in the top-25 at all three championships (XC, ITF, OTF).

Arkansas won the award last in 2016-17, which saw the Hogs finished fifth nationally in cross county, fifth during indoor and fourth during the outdoor season. The Razorbacks are one of only four teams to ever win the prize (Alabama, Florida State, Oregon, and Stanford) since its inception in 2008-09 and the only Southeastern Conference team to accomplish the challenging feat.