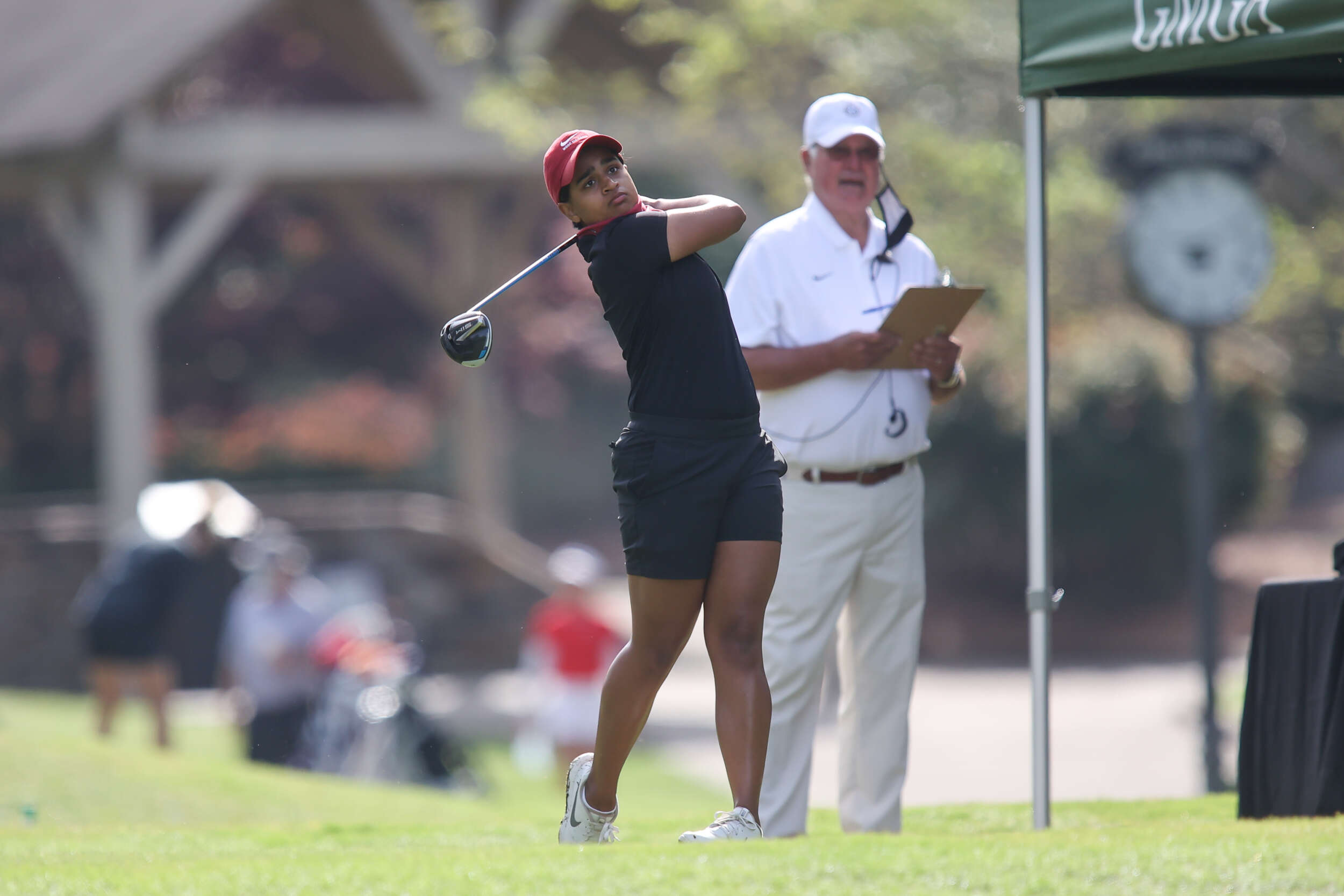 Arkansas In Fourth, Matthews Tied For Second, After 18 Holes at SEC Championship

BIRMINGHAM, Ala. – No. 13 Arkansas Women’s Golf is tied for fourth place through round one at the SEC Women’s Golf Championship. Head Coach Shauna Taylor’s Hogs played a 279 (-9) on day one, their second best round this season as a team. South Carolina and LSU currently lead the event, both at 16-under, while Mississippi State (-13) is alone in third place. The Razorbacks are currently tied with Auburn, Ole Miss and Florida, who are all also at nine-under after 18 holes of play.

Leading the Hogs through round one was Brooke Matthews, who played arguably the best round of her career to start the SEC Championship. Matthews carded a 66 in round one, matching her career-low for a single round. That total also represents the third best single-round score ever played at an SEC Championship. The Rogers, Ark. product was flawless on day one, firing six birdies, including three straight right out of the gate, en route to her six-under performance. The redshirt junior did not play a single hole over par all day. As a result, Matthews is in contention for the individual medal, as she is currently in a tie for second place with Alden Wallace of LSU. Both Matthews and Wallace are looking up at Ana Pelaez of South Carolina, though, who is eight-under after 18 holes.

Sophomore Kajal Mistry and freshman Cory Lopez joined Matthews under par on Wednesday, as Mistry went two-under and Lopez finished the round one-under. Mistry had seven birdies on the day, the most on the team, carding a 70 in the first round, matching her season-low score for a single round. Lopez, meanwhile, fired a first-round 71, her third round under par during her freshman season so far. Mistry heads into round two tied for 25th, while Lopez is tied for 30th.

Just behind the duo of Mistry and Lopez was Ela Anacona, who played a clean first round, finishing at even par (72). Anacona played all pars on the front nine, while carding a birdie and a bogey on the back to remain even. Anacona is tied for 38th place after 18 holes.

Rounding out the Hogs’ five on day one was Julia Gregg, who finished the first round at five-over (77). She is tied for 64th place after round one.