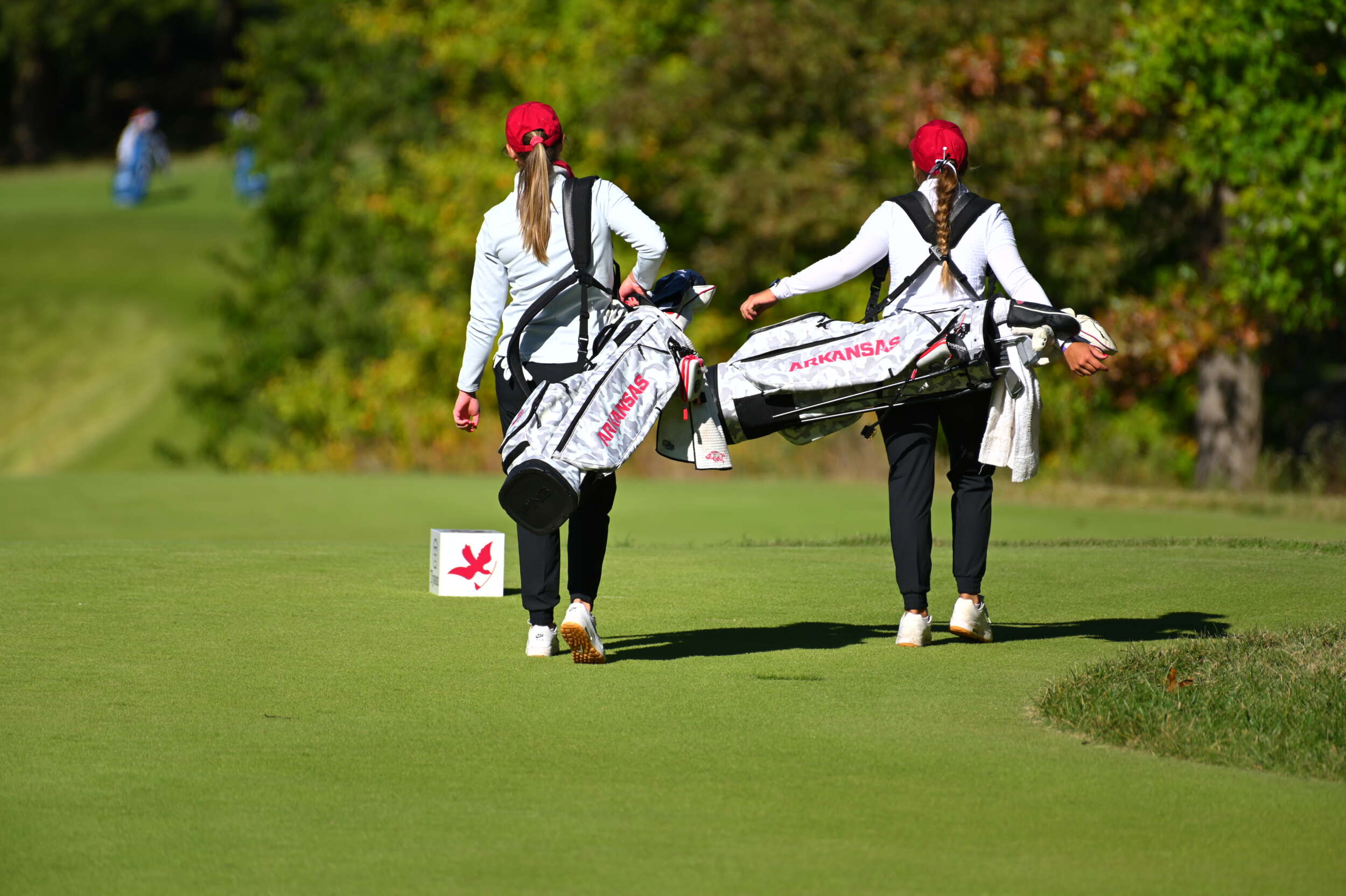 ATHENS, Ga. – Arkansas Women’s Golf fell down the leaderboard on Saturday at the Liz Murphey Fall Collegiate Classic, dropping to ninth after shooting a 298 (+10) in the second round. Auburn, who shot a 281 (-7) as a team during round two, surged ahead to take the lead a day after being in sixth. Georgia, who led after day one, dropped into a tie for fourth.

Sophomore Kajal Mistry leads the Hogs after day two, as she shot a 72 in round two to bring her two-day total to 145 (+1), good enough to keep her just inside the top-15 on the individual leaderboard. Mistry was steady once again for Head Coach Shauna Taylor, firing three birdies to match her three bogeys shot on the day, including one on the final hole to drop her back down to even par. Mistry has now shot three rounds this season at or under par.

Following Mistry for the Hogs was redshirt junior Brooke Matthews, who also carded a 72 on the day to grab a share of 21st place. Matthews birdied four and 10 to get to one-under on the day, but then bogeyed 12 and 13 back-to-back to move to one-over. A birdie on 17 would drop the Rogers product back to even par. For Matthews, this was her sixth round this season at or below par.

Freshman Cory Lopez is third in the Hog lineup, as she fired a 75 for the second straight round to move her to 150 (+6) at the Liz Murphey Fall Collegiate Classic. Lopez once again showed her resilience, as she was five-over through 14 holes, including a double on the very first hole, before battling back with birdies on 16 and 18 to get back down to three-over.

Sophomore Ela Anacona and junior Ximena Gonzalez finished fourth and fifth for the Hogs, respectively. For Anacona, she shot a 79 on day two, moving her two-day tally to 152 (+8), while Gonzalez carded an 85 on day two, putting her at 160 (+16). Anacona is tied for 44th after 36 holes, while Gonzalez sits alone in 57th place.