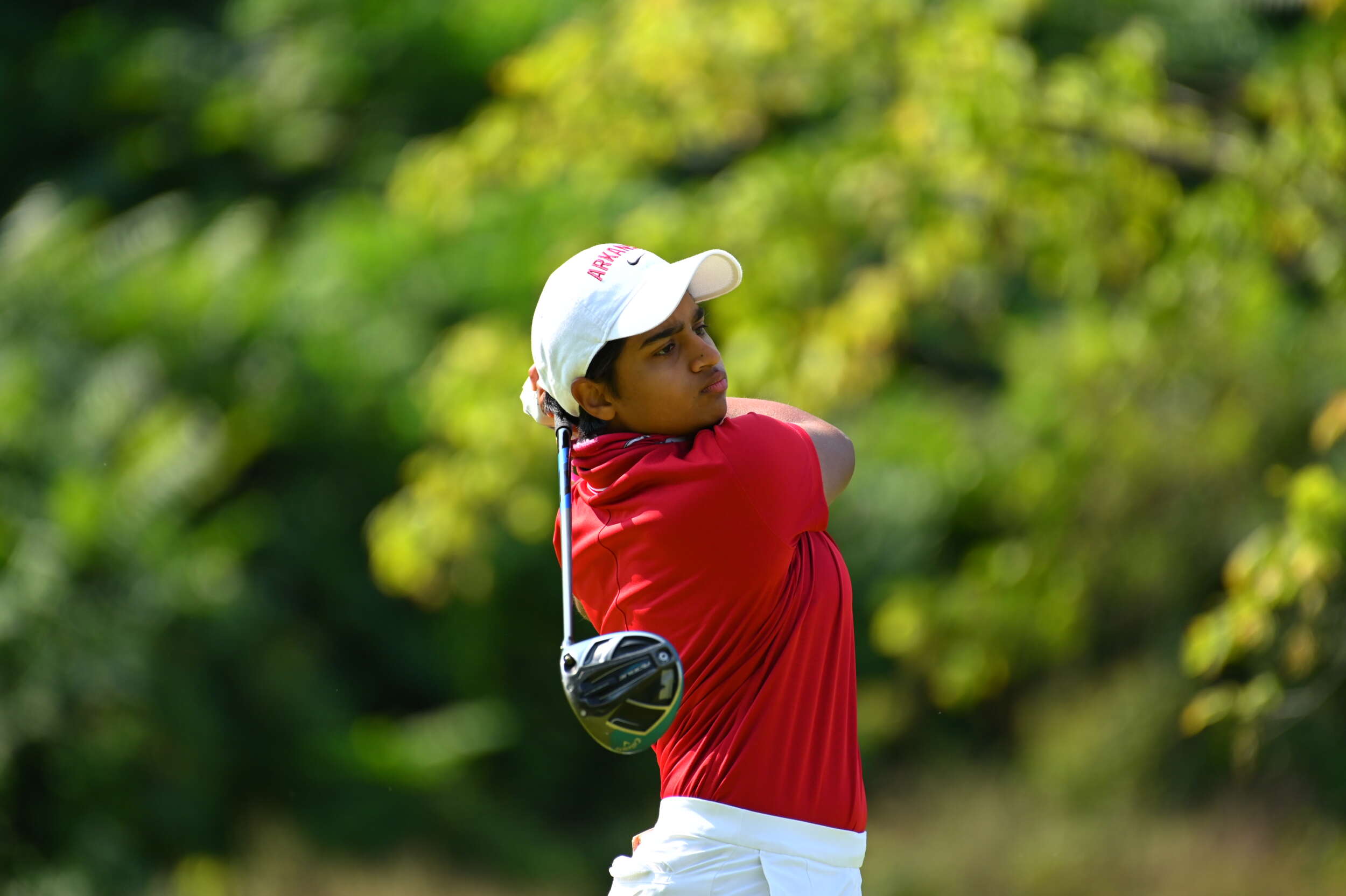 Arkansas Moves Up To Ninth, Plays 45 Holes Ahead Of Forecasted Weather

COLUMBIA, S.C. – No. 13 Arkansas Women’s Golf is in ninth place after 45 holes of golf at the Gamecock Intercollegiate. The tournament got in an extra nine holes today due to inclement weather in the forecast for tomorrow, and play was suspended today at 5:36 ET. The event will resume tomorrow at 11:30 ET.

Head Coach Shauna Taylor’s Hogs moved three spots on the leaderboard today, firing a 294 in round two (+6), and posting a score of two-over during the first nine holes of round three. Duke still leads the event at four-under, six strokes better than second place South Carolina. Arkansas is +19 for the event.

Sophomore Kajal Mistry is currently leading the Hogs, as she fired a one-over 73 in round two, and has played even golf through nine holes in the final round. All holes included, Mistry is three over at the event, good for a share of 24th place.

Fellow sophomore Julia Gregg is nipping at Mistry’s heels, as she is four-over after 45 holes of golf. Gregg came out hot in round two, birdieing four of her first nine holes, but fell off during her second nine, bogeying five of her final six down the stretch in round two. Like Mistry, Gregg is even in round three thus far.

Joining Gregg in 28th place is freshman Cory Lopez, who is also four-over through 45 holes. Lopez was leading the Hogs through two rounds, as she fired a team-best 72 in the second round, but is currently two-over in round three, with bogeys on 10 and 11.

Redshirt junior Brooke Matthews is fourth in the lineup for the Hogs, as she was +5 in total today. Though she is even through nine holes in round three, with two birdies and two bogeys, Matthews went birdieless in round two, while shooting three bogeys and a double on 15. She is currently tied for 57th place at nine-over.

Ela Anacona, who is fifth in the Hog lineup, is currently tied for 81st place, sitting at 10-over through two and a half rounds.