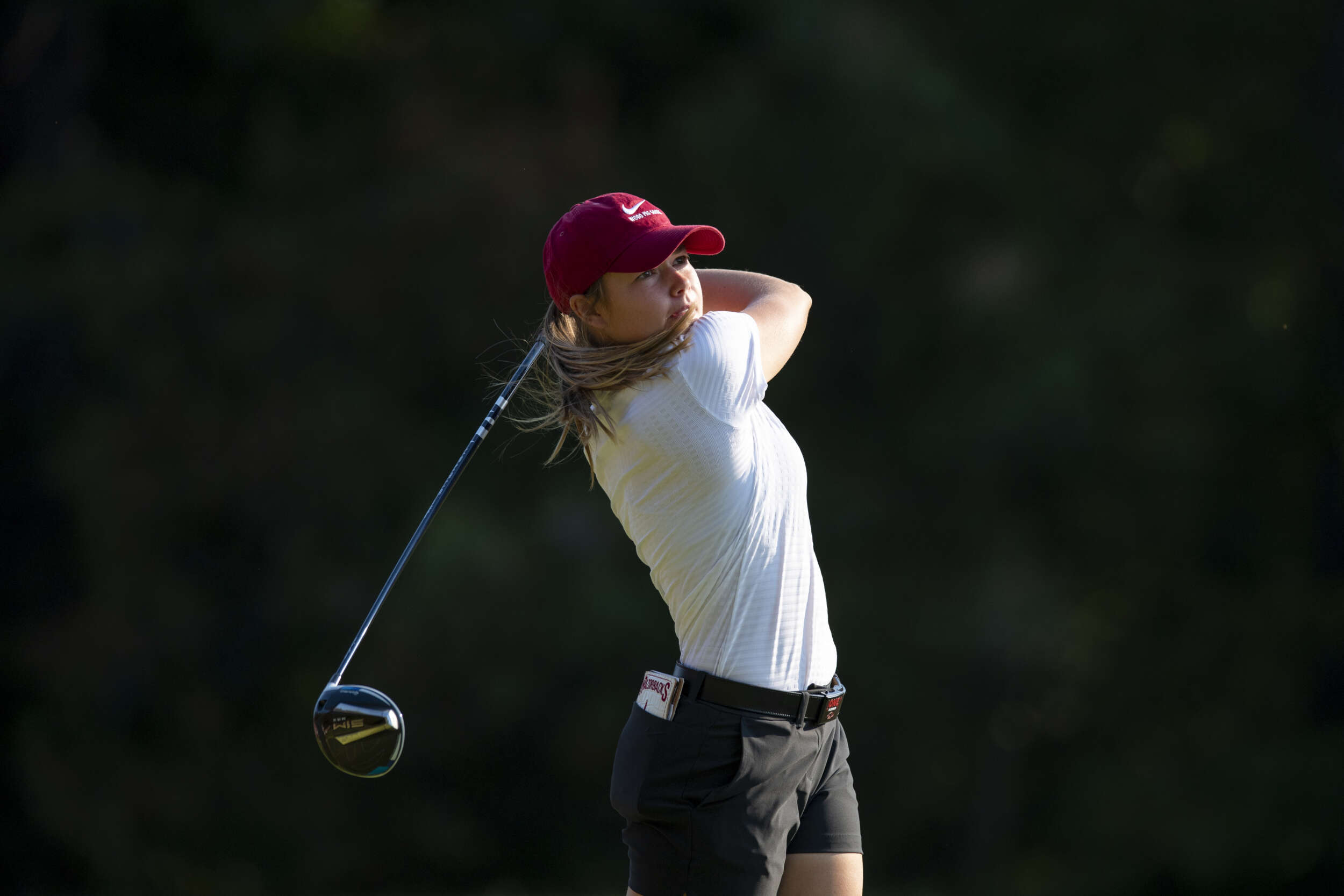 WEST POINT, Miss. – Arkansas Women’s Golf fell a spot on the leaderboard during day two at The Ally at Old Waverly, as Head Coach Shauna Taylor’s Hogs are in ninth after 36 holes of play. Redshirt junior Brooke Matthews, meanwhile, continued her strong play, and is tied for seventh after two days. South Carolina leads after day two – the Gamecocks are eight-under through 36. Mikayla Bardwell of Tennessee leads all individuals at the event, firing a 64 on day two to get to eight-under.

Matthews continues to lead by example for the Razorbacks, as she was better on day two than she was on day one, firing a two-under 70. Matthews was particularly strong on the front, firing four birdies, including three straight on seven, eight and nine. Though she would bogey three times on the back, she would get one back with a birdie on 17. The Rogers, Arkansas product is now three-under at the event, good for a share of seventh and just five strokes off Bardwell’s lead.

Sophomore Ela Anacona remains in the second slot for the Hogs, firing a two-over 74 in round two. Despite two bogies and a double through her first seven, Anacona was able to fight back – the sophomore eagled nine and birdied 14 to get back to just one-over. A bogey on 17 would bring her to two-over, but that was good enough to keep her in the top-20 heading into the final round.

In the third slot for Taylor’s Hogs was Cory Lopez, who played a solid one-over 73 in round two. After bogeying twice on the front, Lopez was flawless on the back, playing a birdie on 10 and paring the other eight holes. Lopez is four-over for the event, good for a share of 37th place.

Sophomore Kajal Mistry bounced back on day two, firing an even round of 72. It looked like Mistry might shoot up the leaderboard late, as she notched consecutive birdies on 14 and 15, but she bogeyed 16 and 17 en route to her even round. Mistry is tied for 43rd after 36 holes played.

Rounding out the Razorback lineup was Julia Gregg, who is tied for 67th after two rounds.