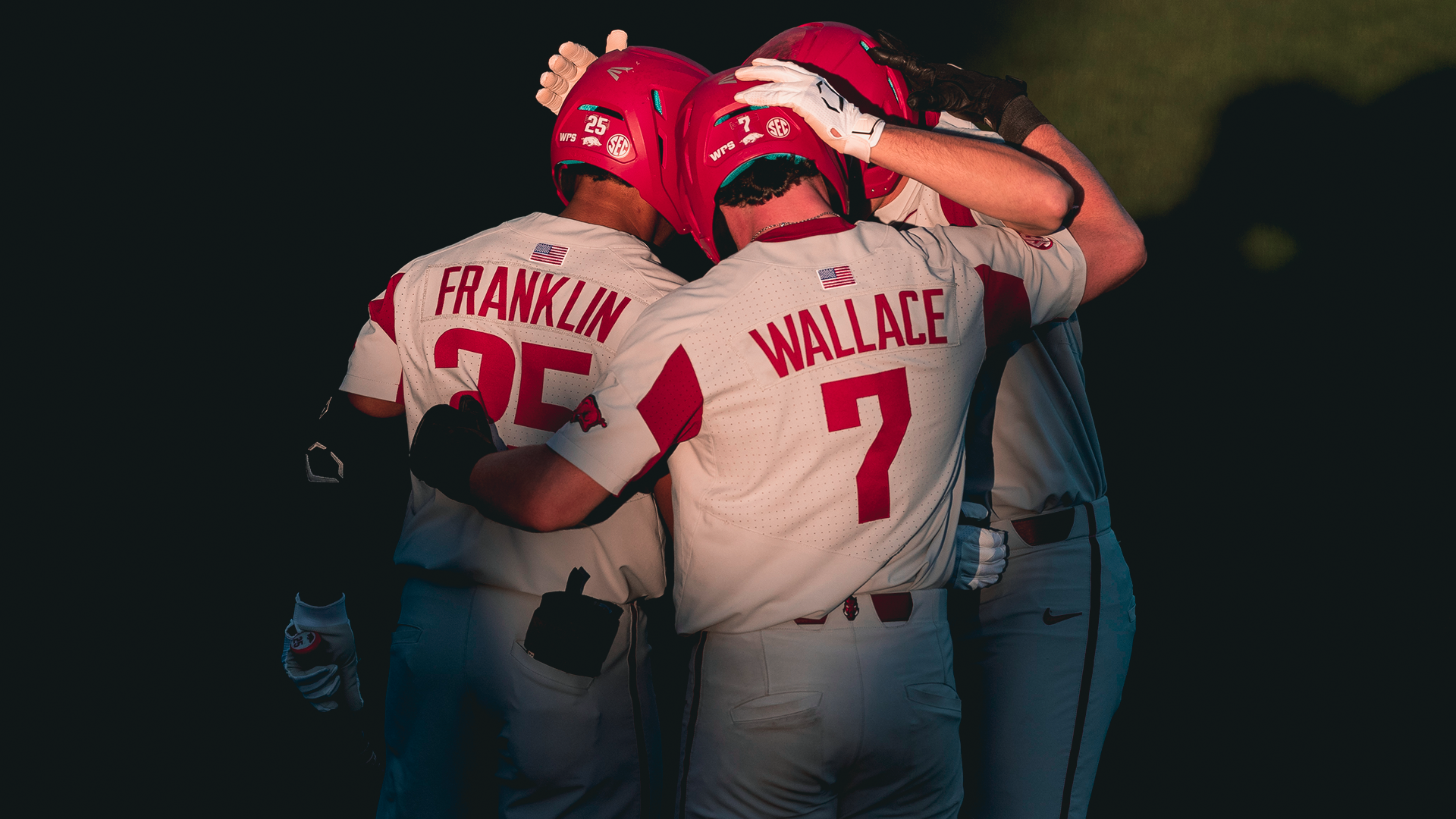 KNOXVILLE, Tenn. – Trailing by five after the first inning of play, No. 1 Arkansas came roaring back with six unanswered runs to snag a 6-5 win in the series opener against No. 4 Tennessee on Friday night at Lindsey Nelson Stadium.

The Razorbacks are now 38-9 overall on the year, improving to 18-7 in SEC play with the win. Arkansas owns a 1.5-game lead in the SEC West following second-place Mississippi State’s loss to Mizzou.

Arkansas is 9-1 against top-10 foes this season and owns a 7-1 mark against teams ranked in the top five.

Tennessee was all over starter Patrick Wicklander in the bottom of the first inning, breaking out for five runs (two earned) in the frame. The Volunteers’ biggest blow came via a two-out, three-run homer, which extended their first-inning lead to five.

Arkansas would not be deterred, however, answering with two runs in the top of the second. Robert Moore crushed his team-leading 12th home run of the season, swatting a two-run shot over the short wall in right.

The Razorbacks tacked on two more in the top of the third. Brady Slavens went to the opposite field for his 11th blast of the year, driving home two runs and bringing Arkansas within one.

Caden Monke, who entered the ballgame in the bottom of the third, was called upon to keep the deficit there. The lefty inherited two runners on base and walked the first he faced before escaping the jam without harm.

From there, Monke was simply superb. He retired nine of the next 10 batters he faced, striking out three in his 3 1/3 innings.

The Razorback offense took advantage while Monke was dominating, evening things up at five in the top of the fifth. Consecutive walks to Jalen Battles and Zack Gregory set the table for Cayden Wallace’s game-tying RBI single to left.

Kevin Kopps took over in the bottom of the seventh with the Hogs and Vols still tied at five. The righty worked around a two-out walk, battling through a 15-pitch at-bat to collect an inning-ending strikeout.

Slavens’ leadoff double in the top of eighth put the Razorbacks in the driver’s seat. The first baseman advanced to third on a wild pitch before scoring the go-ahead run on Moore’s sacrifice fly to the wall in center.

Staked with a 6-5 lead, Kopps worked a scoreless bottom of the eighth and a 1-2-3 bottom of the ninth to secure the win. Braydon Webb, who entered the contest in the eighth as a defensive replacement in left field, made a tremendous catch up against the wall in the ninth to quell a potential Tennessee rally.

Kopps logged two strikeouts in his three innings of work, allowing only one hit and a walk. The reliever is now a perfect 8-0 on the year, owning a nation-best 0.68 ERA in 52.2 innings pitched.

Arkansas faces a quick turnaround, getting the second game of the series underway at 11 a.m. CT tomorrow. Right-hander Peyton Pallette will start on the bump for the Razorbacks, who look to clinch a ninth consecutive SEC series win.