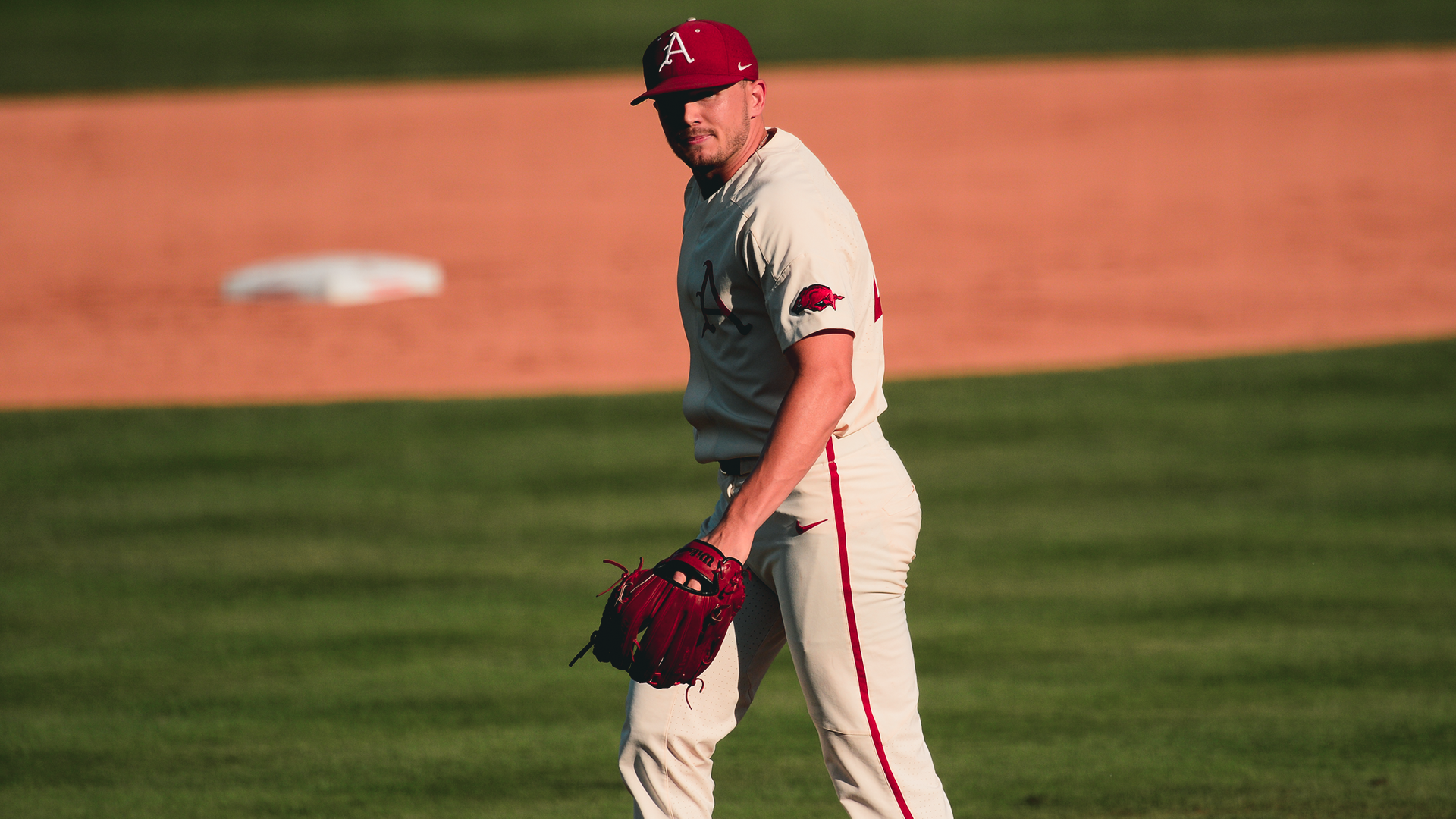 FAYETTEVILLE, Ark. – A devastating end to an incredible journey.

In what was likely his final appearance at Baum-Walker Stadium, Kevin Kopps left his heart on the mound in front of the Arkansas faithful.

The best player in college baseball started for the first time this year and struck out nine in eight innings of work, but he could not single-handedly carry the Hogs to Omaha as Arkansas’ historic season came to a heartbreaking end with a 3-2 loss to NC State on Sunday night in the NCAA Fayetteville Super Regional.

The Razorbacks went ahead early on Charlie Welch’s RBI double in the bottom of the second, but the Wolfpack struck back in the following inning with a two-run homer. NC State held on to its one-run lead until the bottom of the seventh when Cayden Wallace launched his 14th home run of the year to tie the ballgame at two.

Kopps continued to toe the rubber in the top of the ninth and allowed a leadoff homer, which turned out to be the game’s decisive run. The right-hander exited to a thunderous ovation from the crowd as Patrick Wicklander entered from the bullpen to record the final three outs of the inning.

The Hogs went down in order in the bottom of the ninth, however, to end the game – and their season.

Kopps wrapped up his legendary year with a program-record 0.90 ERA in 89.2 innings pitched (33 appearances with one start). His 131 strikeouts rank third most in Arkansas single-season history, while his 12 wins and 11 saves rank as fourth and sixth most, respectively, in the school record book.

Arkansas finished the 2021 campaign with a 50-13 overall record, the most wins by a Razorback team during the Dave Van Horn era. The Hogs’ dream season included countless records, including single-season program bests in home runs (109) and strikeouts by pitchers (567), as well as both an SEC regular-season and tournament championship.